Trailer: Walk Ride Rodeo gallops onto Netflix this March | Where to watch online in UK | How to stream legally | When it is available on digital | VODzilla.co

Walk Ride Rodeo gallops onto Netflix this March, and a new trailer gives us our first look at the moving drama.

Amberley Snyder (Spencer Locke)’s dreams of a college scholarship and pro rodeo career are brought to a halt when she’s involved in a devastating accident. Now unable to use her legs, she refuses to give up on her dreams and instead decides to fight her way back into competitive barrel racing.

Walk. Ride. Rodeo. is available on Netflix UK, as part of an £9.99 monthly subscription.

Directed by Conor Allyn, the biopic will tell the story of horse racer Amberley Snyder.

The champion rider who has competed in barrel racing, pole bending, and breakaway roping was born in 1991 and pursued her passion from a young age. At the age of 19, she had a car accident that left her paralysed from the waste down, but within 18 months, she was back on her horse again, and has continued to graduate from college, compete in the Utah State University rodeo team and in contests across the USA. Now, that inspiring story of refusing to let tragedy stop her achieving her goals is coming to the screen.

The biopic will stay Landmine Goes Click’s Spencer Locke as Snyder, with Missi Pyle (The Artist), Bailey Chase (24: Legacy), and Sherri Shepherd (30 Rock) in the supporting cast. The rest of the ensemble will include Alyvia Alyn Lind (Dolly Parton’s Coat of Many Colors), Corbin Bleu (High School Musical), Max Ehrich (The Path), Raleigh Cain (Only the Brave), Mitchell Hoog (The Spookies) and John-Paul Howard (Hell or High Water).

Produced by Poke Prod and Netflix, Walk Ride Rodeo is penned by Sean Dwyer and Greg Cope White, based on a story by Dan Goforth. Poke Prod’s Elizabeth Cullen and Dwyer are producing, with White and Snyer co-producing.

Deadline reports the biopic is filming now in New Mexico and will be released by Netflix in 2019. 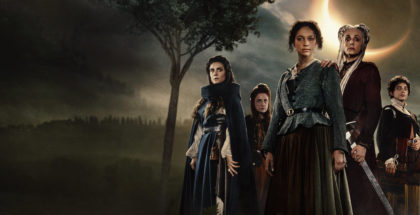