James Nesbitt will be back on our screens as luck-controlling Detective Inspector Clayton. Over 1 million viewers tuned in to each and every episode of the show’s first two seasons. The third part of the hit crime drama will up the stakes across eight new episodes, as Clayton is in Hong Kong, looking for answers about his ‘lucky’ charm, where he comes up against some nasty underworld characters who have their eyes on more than just his bracelet. Joining James Nesbitt are show favourites Amara Karan, returning as DS Suri Chohan, Sienna Guillory as Eve and Stephen Hagan as Rich Clayton.

Nesbitt says: “Stan Lee’s Lucky Man is such an exciting series to make and the scripts for this season are brilliant. Harry Clayton’s luck is running out which throws up some interesting storylines. And also takes him, and me, to Hong Kong – the perfect setting for Stan Lee mayhem!”

The show will be joined by another action-packed Sky original, as the broadcaster orders new police drama Bulletproof from BAFTA winner Noel Clarke (Adulthood and ‪Kidulthood‬) and award-winning actor and rapper Ashley Walters (Top Boy, So Solid Crew).

They play Bishop and Pike – two best mates, bonded by the same moral code despite their very obvious differences. Packed full of humour, action and emotion, the show centres on the relationships between fathers and sons and is about friendship, conspiracies and ghosts from the past. Growing up, Bishop (Clarke) and Pike (Walters) had very different lives. Pike’s dad was the first black police commissioner and he grew up always trying to live up to his expectations, while Bishop grew up looking for a father figure as he was passed around foster homes, moving from school to school. Their pasts have shaped their different approaches to life, and yet they have a love and respect for each other that seems unbreakable. Their friendship is yet to be properly tested until now…

Star and co-creator Noel Clarke says: “I’m ecstatic that the show Ashley, myself and Nick created is here. We’ve worked many years in the industry, but never all together. We’ve grown and evolved as artists and this will be a series that fans and non-fans alike will be drawn to. Enjoy the ride!”

Stan Lee’s Lucky Man 3 and Bulletproof start filming next month and will be available only on Sky 1 and NOW TV in the UK and Ireland in 2018.

Sky Living snaps up UK rights to The Good Doctor

Issa Rae to produce The Ghost in the Machine adaptation for Netflix... August 19, 2020 | Staff Reporter 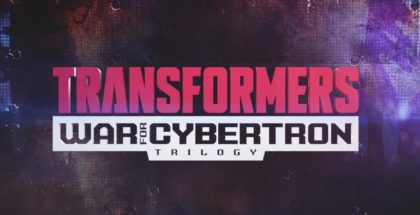 The Obamas and Netflix announce first slate of projects... May 1, 2019 | Staff Reporter