Sky will be looking back at Ancient Rome in an epic new drama from a different perspective – that of the women.

Sky Original series Domina follows the life and the extraordinary rise of Livia Drusilla, who overcame adversity to become the most powerful woman in the world.

The story follows Livia’s journey from a naïve young girl whose world crumbles in the wake of Julius Caesar’s assassination, to Rome’s most powerful and influential Empress, driven by a deep desire to avenge her father and secure power for her sons. Livia and her peers navigate their way through a brutal society by means of strategy, conspiracy, seduction and murder. This family saga, grounded in historical accuracy, brings to life the true stories of the women who would create one of the most enduring and fascinating dynasties of all time.

The 10-part series is produced by Fifty Fathoms (Fortitude) and Sky Studios, with Cattleya as executive production services. Created and written by Simon Burke (Zen, Fortitude), the lead director is the acclaimed Australian filmmaker Claire McCarthy (Ophelia, The Luminaries). The crew includes top Italian professionals: costumes will be designed by the Academy Award winning Gabriella Pescucci (The Age Of Innocence, Once Upon A Time in America), production design by Luca Tranchino (Prison Break), make up by Katia Sisto (Penny Dreadful) and hair design by Claudia Catini (Trust).

Smutniak says: “I am thrilled to be playing such a complex character as Livia Drusilla. As a frontrunner in defending women’s rights, she was a tough woman who was both feared and cherished and was strong enough to seal the fate of the Roman Empire”.

Nicola Maccanico, Executive Vice President Programming Sky Italia, adds: “Domina is an international production and we are very proud of its strong Italian roots. It is a great epic drama that brings to life ancient Rome again, but from a different perspective, that of the women, and reshapes our view of them. They are the masters of their fate and fiercely pursue their ambitions and ultimately the conquest of power. With Domina, Sky Studios will once again bring together major international artistic values and top Italian talents.”

Claire McCarthy, Domina lead director, comments: “This period of Roman history is truth being stranger than fiction. I’m tremendously excited to bring this rich and visceral world to life with this incredible troupe of stellar actors and the gifted creative team. What an honour to be working out of Cinecittà studios too where so many of the greats have built cinema history.”

Filming is now underway at Cinecittà Studios in Rome. 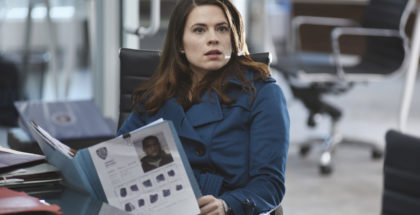