Since September: BBC launches The Empty Seats Tour on YouTube | Where to watch online in UK | How to stream legally | When it is available on digital | VODzilla.co

Since September: BBC launches The Empty Seats Tour on YouTube

Little Mix The Search winners Since September are streaming their new tour on YouTube, but with a slight difference.

The BBC is streaming The Empty Seats Tour, a three-part series that follows the winning band in the beginning of a year leading up to the biggest gigs of their lives. In preparation for their prize to support Little Mix on their postponed nationwide tour in 2022, the series follows the band as they embark on a tour playing at some of the UK’s most iconic venues – but in front of empty seats rather than sold out crowds.

With gigs and concerts currently on hold due to the nationwide lockdown, the boys are given a rare opportunity to perform at some of their favourite music venues across the country. Taking in each of their home towns, The Empty Seats Tour sees the boys play at the City of Coventry Stadium, Salford Lad’s Club in Greater Manchester, and finishes with a performance from the rooftop of the Tate London along with a pit stop in Blackpool.

Viewers can also expect a special appearance from one of Little Mix who visits to share some words of wisdom and advice.

Mortal Kombat: Looking back at the 1995 film 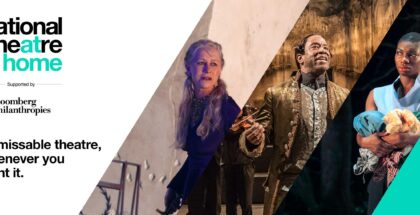