Trailer: Harlan Coben's The Stranger arrives on Netflix this January | VODzilla.co | Where to watch online in UK

Trailer: Harlan Coben’s The Stranger arrives on Netflix this January

Harlan Coben’s The Stranger arrives on Netflix this January, and a new trailer gives us a glimpse of the thriller’s twists and turns.

Based on the novel by Coben, The Stranger forces us to confront a question we all fear – how well do we really know the people closest to us? Starring Richard Armitage, Jennifer Saunders, Siobhan Finneran and Hannah John-Kamen, if follows Adam Price, a happily married man who finds himself tangled in a mysterious web of deception. His steady life, two wonderful sons and watertight marriage all seem unassailable – until The Stranger reveals a shocking secret about his wife.

The resulting web of connections, surprises and hidden truths will be untangled on 30th January, when The Stranger premieres in full on Netflix. Here’s the trailer:

The Stranger is available on Netflix UK, as part of an £8.99 monthly subscription.

Siobhan Finneran and Hannah John-Kamen lead a wave of new casting additions for Netflix’s The Stranger.

The thriller, based on the book by Harlan Coben thriller, stars Richard Armitage (The Hobbit) as Adam Price, who finds himself tangled in a mysterious web of deception. His steady life, two wonderful sons and watertight marriage all seem unassailable – until The Stranger reveals a shocking secret about his wife.

Happy Valley and Downton Abbey star Finneran takes a leading role as DS Johanna Griffin, who finds her pragmatic approach to police work compromised when her investigation into the matter becomes deeply personal. She’s joined by Hannah John-Kamen (Ant-Man and The Wasp, Ready Player One), who will play the titular character – a mysterious stranger who exposes people’s secrets, dropping bombshells that will shatter lives.

Head plays Edgar Price, a successful CEO of a large property development company trying to gentrify a rundown area. Edgar’s world is also rocked when a dark secret from the past is revealed. Rea will take on the role of Martin Rinksy, a retired police detective who still has connections in the field. As Adam turns to him for help, the former policeman is soon forced to confront events from the past. Dooley takes the role of Doug Tripp, a dedicated family man. Tripp detects problems within Adam Price’s household – but does he know more than he’s letting on? Kaye joins as John Katz, a man pushed to extremes for the sake of his family.

The Stranger is the third collaboration for RED Production Company (a STUDIOCANAL company), Harlan Coben and Netflix, following the success of The Five and 2018 hit Harlan Coben’s Safe, which starred Michael C. Hall.

Finneran says: “I am thrilled to be working with RED again – it’s been a brilliant 20-year relationship and I feel very lucky and blessed to have that with them. After the success and utter joy of working on Happy Valley with them, it’s great to now be involved in such a new and exciting project.”

John-Kamen says: “I’m so excited to be attached to a special project for Netflix that is so thrilling and full of mystique. It’s a real page turner of a show and I’m honoured to be part of it.”

Filming is now underway in Manchester and other UK locations.

Richard Armitage to star in Netflix’s The Stranger

Richard Armitage is heading to Netflix for new series The Stranger.

Fresh from Berlin Station and The Lodge (at Sundance this week), the Spooks and The Hobbit star will take the lead role in a new crime thriller for Netflix, which is created by Red Production Company, the team behind Safe.

The eight-episode series is based on Harlan Coben’s novel of the same name and follows Adam Price, whose life is destroyed by a dark secret. Price is married with two kids, until a stranger in a bar tells him a truth about his wife, Corinne – and leaves him stumbling into a deadly conspiracy.

Coben will serve as an executive producer on the series, alongside Danny Brocklehurst, who, as wife Safe, will be the lead writer. Red’s Nicola Shindler and Richard Fee are also on board as EPs, with Madonna Baptiste set to serve as series producer.

Coben says: “The Stranger was one of my most challenging novels – and definitely the most twisted.  When I wrote it, I never imagined that I’d be part of a dream team of extraordinary talent bringing it to life. I can’t wait to reunite with Danny, Nicola, and Netflix on this remarkable project.”

Armitage adds: “I could barely contain my excitement reading Harlan Coben’s The Stranger; a nail biting thriller with a huge beating heart and a dash of social commentary for extra bite. I’m thrilled to be returning to work with Nicola Schindler and the brilliant creative team she has assembled.”

The project marks Coben’s continuing relationship with Netflix, after he signed an overall deal with them last year. The multi-year agreement will see Netflix will work with Coben to develop 14 existing titles and future projects, including his novel Run Away, which will be published in March 2019. Production on The Stranger will begin in the same month.

Fyre: A must-see documentary about a very modern mess 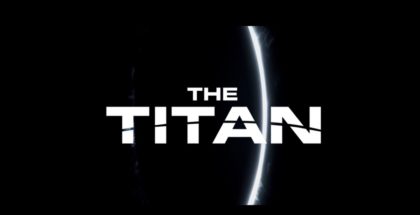