Get in the Halloween spirit with this new Stranger Things Season 2 poster | Where to watch online in UK | How to stream legally | VODzilla.co

It’s October, and that means one thing. No, not Halloween: the return of Stranger Things.

Yes, this is the finally the month when Stranger Things 2 arrives on our screens, taking us back to 1984, where the citizens of Hawkins, Indiana, are still reeling from the horrors of the Demogorgon and the secrets of Hawkins Lab. Will Byers has been rescued from the Upside Down but a bigger, sinister entity still threatens those who survived.

With genuine 1980s icons Sean Astin (as Bob Newby, a schoolmate of Will’s mum) and Paul Reiser (as sinister Dr. Owens) joining the cast of Finn Wolfhard, Gaten Matarazzo, Caleb McLaughlin, Noah Schnapp, Mille Bobby Brown, David Harbour and Winona Ryder, things are feeling more retro than ever in the streaming giant’s sci-fi horror series – and Matt and Ross Duffer’s show has been embracing that nostalgia more than ever with a series of new posters paying homage to the classics of the genre.

The latest, which sees Harbour’s Jim Hopper in a pumpkin patch with a torch, is a creepily cool fusion of Alien and Halloween – just the thing to get you in the mood for some witching hour re-watches. Or, of course, there’s The Goonies tribute poster, for the more squeamish among you.

Read on for the new poster, plus the whole set of official retro posters that range from Jaws to Carrie. For more of the new season, meanwhile, see the trailer here – including more of everyone’s favourite child stars dressed as Ghostbusters – or if you’re still not on the Stranger Things train, catch up with our reviews of Season 1 here. 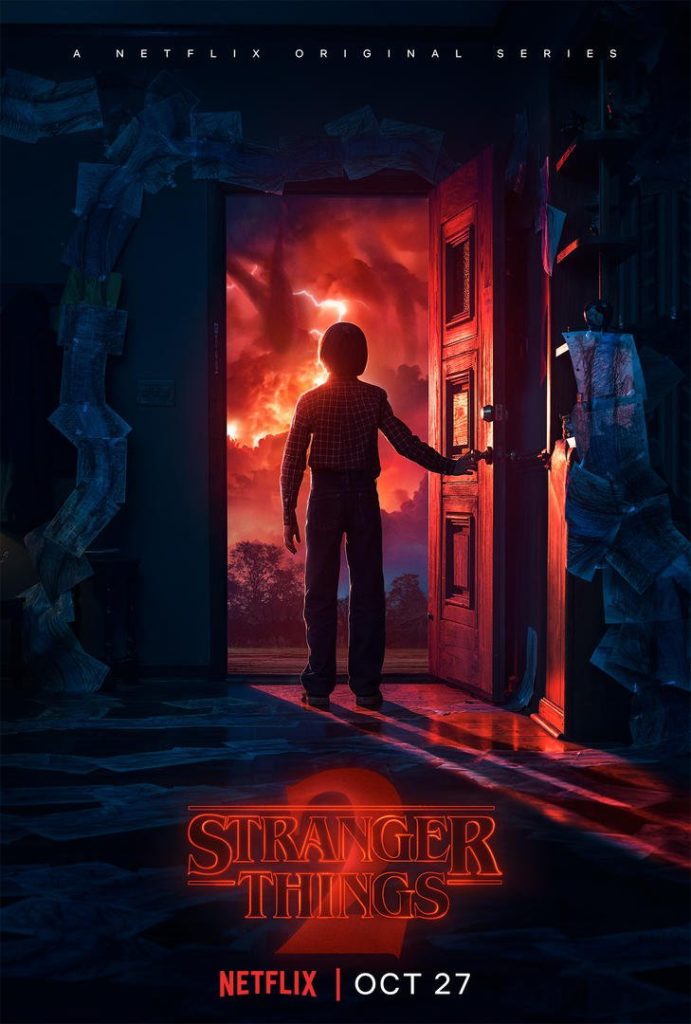