Taika Waititi to direct Netflix's first two Roald Dahl series | Where to watch online in UK | How to stream legally | When it is available on digital | VODzilla.co

Taika Waititi will direct the first two Roald Dahl series in the works at Netflix.

The streaming giant announced its landmark deal with The Roald Dahl Story Company in 2018, acquiring the rights to Dahl’s bestselling catalogue to create new series that remain faithful to the quintessential spirit and tone of the author’s work, while building out an imaginative story universe that expands far beyond the pages of the books themselves.

What does that look like? We’ve now got an idea, as details drop on the first two projects. The first is a series based on the world and characters of Charlie and the Chocolate Factory. The second is a wholly original take on the Oompa-Loompas, who will star in their own event series.

We also know who will be setting the tone and style for the ambitious initiative, with Thor: Ragnarok and Hunt for the Wilderpeople helmer bringing his inimitable sense of humour to the reimagining of Willy Wonka’s world. He’s no stranger to TV, having directed the Season 1 finale of The Mandalorian on Disney+, and served as executive producer, co-writer, and director of the TV adaptation of What We Do In The Shadows on FX, now going into its second season.

Fresh from winning an Oscar for Jojo Rabbit, Waititi will write, direct, and executive produce the two original animated series for Netflix.

“I grew up reading Dahl stories and lived large parts of my young life in those magical worlds, so finding just the right creative partner to bring Willy Wonka, Charlie and the Oompa-Loompas to life in animation was a daunting task… until Taika walked into the room. Then, it was really obvious. If Dahl had created a character of a filmmaker to adapt his work, I’m pretty sure he would have created Taika,” said Netflix Vice President of Original Animation Melissa Cobb.

“In the words of Willy Wonka himself – we are ‘Delighted! Charmed! Overjoyed!’ with Taika’s appointment on this project. There is something undeniably Wonka-esque about Taika’s creative flair and inimitable sense of humor and we cannot think of anyone more perfectly suited to leading the creative charge on these first of their kind, feature quality Netflix shows,” added Gideon Simeloff, Commercial and Entertainment Director, Roald Dahl Story Company.

Netflix is bringing to life the universe of Roald Dahl’s stories in a string of new animated series.

Characters from Charlie and the Chocolate Factory, Matilda, The BFG, The Twits and more will find a brand new home together on Netflix, as part of a new deal between the streaming giant and The Roald Dahl Story Company.

The Roald Dahl Story Company protects and grows the cultural value of The Roald Dahl brand, across the worlds of publishing, movies, products and events. With 300 million books sold and 1 new book sold every 2.5 seconds, The Roald Dahl legacy continues to grow in popularity globally. Indeed, the author’s stories have long inspired award-winning feature films and stage productions. But now, for the first time, Netflix will bring together the highest quality creative, visual, and writing teams to extend the stories in this first-of-its-kind slate of premium event series and specials.

The original animations will be based on the books from the acclaimed and award-winning author’s best-selling library, including Charlie and the Chocolate Factory, Matilda, The BFG, The Twits, and many other titles. Netflix intends to remain faithful to the quintessential spirit and tone of Dahl, while also building out an imaginative story universe that expands far beyond the pages of the books themselves.

“Our mission, which is purposefully lofty, is for as many children as possible around the world to experience the unique magic and positive message of Roald Dahl’s stories,” says Rald Dahl’s widow, Felicity Dahl. “This partnership with Netflix marks a significant move toward making that possible and is an incredibly exciting new chapter for the Roald Dahl Story Company. Roald would, I know, be thrilled.”

“Immersing ourselves in the extraordinary worlds of Roald Dahl stories has been an honor and a massive amount of fun, and we are grateful for the trust the Roald Dahl Story Company and the Dahl family have placed in our team to deliver more moments of shared joy to families around the world,” comments Melissa Cobb, Vice President of Kids & Family Content at Netflix. “We have great creative ambition to reimagine the journeys of so many treasured Dahl characters in fresh, contemporary ways with the highest quality animation and production values.”

“Netflix is known for innovative and high-quality storytelling,” adds Gideon Simeloff, Strategy Director for The Roald Dahl Story Company. “There is no other place in the world that can deliver animated entertainment for the whole family at such quality and scale.”

The list of titles in the agreement between Netflix and the Roald Dahl Story Company includes Charlie and the Chocolate Factory, Matilda, The BFG, The Twits, Charlie and the Great Glass Elevator, George’s Marvellous Medicine, Boy – Tales of Childhood, Going Solo, The Enormous Crocodile, The Giraffe and the Pelly and Me, Henry Sugar, Billy and the Minpins, The Magic Finger, Esio Trot, Dirty Beasts, and Rhyme Stew.

Production is set to commence on the first of the Netflix Dahl animated series in 2019.

Netflix brings together Love Is Blind cast for reunion

Because She Watched: Netflix and UN Women launch collection for International Women’s Day 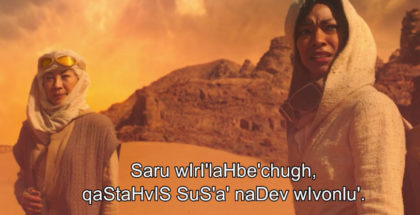