Netflix signs overall deal with Umbrella Academy's Steve Blackman | Where to watch online in UK | How to stream legally | When it is available on digital | VODzilla.co

Netflix has signed an overall deal with Steve Blackman, the showrunner of The Umbrella Academy.

Netflix’s series, based on the Dark Horse Comics run from writer Gerard Way and illustrator Gabriel Bá, brings a dark twist to the superhero genre. It follows a group of children who were all inexplicably born on the same day in 1989 and later adopted by a billionaire to create a team of super-powered children, called The Umbrella Academy. The six surviving members reunited in Season 1, upon the news of their father’s passing, and worked together to solve a mystery surrounding his death – and prevent a global apocalypse.

The result was one of Netflix’s most popular shows of 2019 and, crucially, also marks a major new franchise for the streamer that doesn’t belong to anyone else. It is perhaps no surprise, then, that the company has locked down some of the talent behind that success, signing a multi-year deal with Blackman.

He will continue as showrunner and executive producer on The Umbrella Academy, but will also write and produce other new series and projects for Netflix through his Borderline Entertainment banner. He will also bring in a development executive to work with him at Borderline.

“Steve’s phenomenal work on The Umbrella Academy helped propel the series’ worldwide fandom,” Brian Wright, Netflix’s VP, YA/Family original series, said in a statement. “He’s deeply creative, passionate and thoughtful, and we’re so excited to have him make a home at Netflix.”

“Over the past three years working with Netflix, I have developed and created shows with different genres,” said Blackman, who has also worked Fargo, The Outsiders and Legion. “I plan on continuing to develop creative programming that spans a wide variety of worlds and formats. Netflix has offered me an unparalleled level of creative support that motivates me each and every day.” 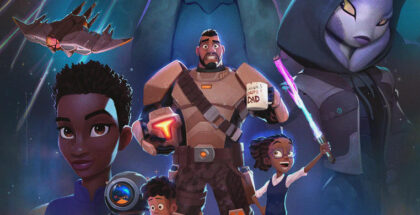 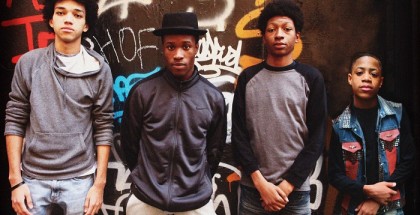