Netflix releases The Ridiculous 6 trailer | Where to watch online in UK | How to stream legally | When it is available on digital | VODzilla.co

Netflix has released the first trailer for The Ridiculous 6.

The comedy is produced by Adam Sandler and Allen Covert, directed by Frank Coraci (The Wedding Singer) and written by Adam Sandler and Tim Herlihy, his co-writer on Pixels. It stars Adam as “White Knife”, who discovers he has an unexpected biological connection to five strangers.

The Western spoof is the first in a deal for four new films by Adam Sandler. This quartet of Netflix originals got off to a controversial start earlier this year, when a group of Native American actors complained about the production’s racist jokes, although Sandler and the streaming service both insisted that the film was a satire of Western movies and their stereotypes.

The film will be released on Netflix worldwide on Friday 11th December.

Chatting Fear Itself with Charlie Lyne: Listen to Episode 3 of PODzilla

Netflix’s Beasts of No Nation watched by over 3m people 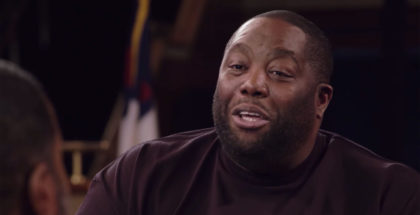