Netflix announces spin-off from kids TV series Justin Time | Where to watch online in UK | How to stream legally | When it is available on digital | VODzilla.co

The new show, produced in conjunction with Guru Studio, is base based on the international pre-school hit, Justin Time.

The show is aimed at three to six year olds and follows the adventures of Justin and his best friends Olive and Squidgy, as they set off on fantastical adventures throughout time. Since its creation, Justin Time has received over ten industry nods including Best Pre-School Program or Series at the 2014 Canadian Screen Awards, a nomination for the 2013 Daytime Entertainment Emmy Award for Outstanding Pre-School Animated Program and six Annie Award Nominations.

“The series has been a hit for us across several Netflix territories,” says Erik Barmack, Vice President of Content Acquisition for Netflix, “and we expect nothing less for the new series.”

The 13 new, half-hour episodes will premiere on Netflix around the world in early 2016, joining a wave of Netflix original kids’ productions that have been announced in recent months, from Lemony Snicket to an animated King Kong show.

Frank Falcone, President and Creative Director, and Mary Bredin, Executive Vice President of Guru Studio describes Netflix as “one of the most dynamic and creative new kids entertainment platforms today”.

VOD film review: The Case Against 8 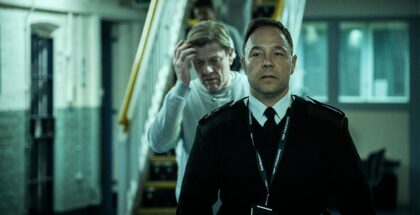