Netflix and DreamWorks Animation team up for Home TV spin-off | VODzilla.co | Where to watch online in UK

Netflix and DreamWorks Animation team up for Home TV spin-off

Netflix and DreamWorks Animation are teaming up to produce a TV spin-off from the animated feature Home.

Movies being adapted into TV shows is fast becoming a tradition in Hollywood, with everything from Limitless to even Wolf Creek making the jump from big to small screen. Long-standing partners Netflix and DreamWorks, though, have more experience than most, with spin-offs from DreamWorks’ franchises providing a significant chunk of Netflix’s original kids’ content.

Dynamic duo Oh (a misfit alien who conquers Earth) and Tip (an adventurous teen girl, who helped save the day) will reunite for the show, which will be “jam-packed with outrageous laughs, tons of heart and contemporary urban pop music performed by teen singing sensation Rachel Crow”.

Picking up where the 2015 film left off, the series sees Oh move in with Tip and her human family and finally discover the true meaning of home. The coming-of-age buddy comedy follows the fearless Tip and overenthusiastic Oh, as they navigate the combined human and alien culture they live in.

The first season will be available exclusively to Netflix members in the US, Canada, Latin America, UK, Australia, New Zealand, Ireland, the Nordics, Benelux and France on Friday 29th July 2016.

Home: Adventures with Tip & Oh is one of several new Netflix originals from DreamWorks Animation lined up for this year, with future 2016 titles including a reimagining of pop culture phenomenon Voltron, and Trollhunters from master storyteller Guillermo del Toro, who will unleash a new, fantastical world centered on two best friends and the startling discovery made beneath their hometown. (Spoiler: We think it involves trolls.) 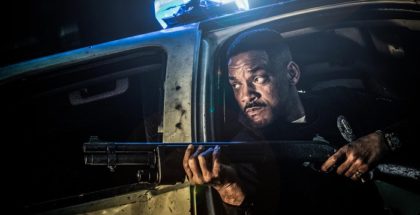