Netflix announces first original series shot and produced in Spain | Where to watch online in UK | How to stream legally | VODzilla.co

The streaming giant is increasingly expanding its original production arm around the world, as the company seeks to create content that will appeal to its diverse, global audience – and can be released globally, without concerns about territorial rights. With France’s Marseilles set for release this spring, Netflix is now hopping over the border for its first show to be shot and produced entirely in Spain.

The untitled drama is centered upon four women from different backgrounds, hired to be switchboard operators for the country’s only telephone company in the 1920s. These women have come from all over Spain to work at the forefront of a communication revolution in the middle of Madrid – a place which represents progress and modernity, where jealousy, envy and betrayal get mixed up with a hunger for success.

The series is produced by Madrid-based Bambú Producciones, led by Ramón Campos and Teresa Fernández Valdés, producers of the acclaimed Spanish series Gran Hotel and Velvet, and co-created by Gema Neira. The first season will consist of 16 episodes of 50 minutes each.

“It is incredibly exciting to have Netflix in Spain. We are enthusiastic fans of its original series and it is a real honor for us to now be part of this project,” says Ramón Campos, co-creator and executive producer of the show.

“It is a joy to work with Netflix’s extremely talented team, who is revolutionizing the television industry worldwide,” adds Teresa Fernández Valdés, executive producer of the series.

“We’re huge fans of [Sedes and Neira’s] work on Gran Hotel and Velvet, epic romances that have been embraced by our members around the world” says Erik Barmack, vice president of international original series at Netflix. “We’re certain that our members will love this unique and engaging drama created by some of the best storytellers in Spain.”

Production will start on the series in Madrid this year, with a global release scheduled for 2017.

Netflix and DreamWorks Animation team up for Home TV spin-off 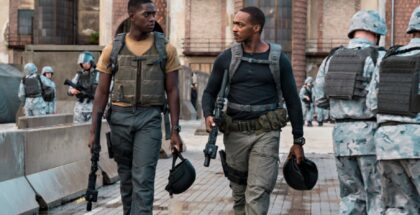