SXSW cancelled amid coronavirus concerns | VODzilla.co | Where to watch online in UK

SXSW has been cancelled after Netflix, Amazon, Apple and others pulled out from the festival amid coronavirus concerns.

The cancellation, which marks the first time in 34 years that the March event will not take place, was announced last night by the US music festival. The annual event in Austin has grown to become a cultural hub with all manner of media giants sharing their latest projects. In the past week, though, Apple, Netflix and Amazon all pulled out on the event, cancelling high-profile premieres such as Apple TV+ doc Beastie Boys.

As recently as Wednesday, Austin Public Health stated that “there’s no evidence that closing SXSW or any other gatherings will make the community safer”.

However, the situation “evolved rapidly”, SXSW organisers said in a statement. “We honor and respect the City of Austin’s decision. We are committed to do our part to help protect our staff, attendees, and fellow Austinites.”

“We understand the gravity of the situation for all the creatives who utilise SXSW to accelerate their careers; for the global businesses; and for Austin and the hundreds of small businesses – venues, theatres, vendors, production companies, service industry staff, and other partners that rely so heavily on the increased business that SXSW attracts.”

Netflix and Apple TV+ are heading to SXSW this year.

The streamers are out in full force for the festival, where they will debut a number of new original films and series.

A new nonfiction film from Grammy Award-winning Beastie Boys members Mike Diamond and Adam Horovitz and Academy Award-winning director Spike Jonze. A special cut of the documentary feature will open exclusively in select IMAX Theatres for a limited engagement 3rd April, before premiering globally on Apple TV+ on 24th April. Beastie Boys Mike Diamond and Adam Horovitz tell you an intimate, personal story of their band and 40 years of friendship in this live documentary experience directed by their longtime friend and collaborator, and their former grandfather, filmmaker Spike Jonze.

From the creative minds behind “Chef’s Table” and “The Defiant Ones,” “Home” is an inventive, new docuseries that offers viewers a never-before-seen look inside the world’s most innovative homes, and unveils the boundary-pushing imagination of the visionaries who dared to dream and build them. “Home” is executive produced by Joe Poulin, Matt Weaver, Bruce Gersh, Ian Orefice, Doug Pray, Collin Orcutt, Matt Tyrnauer, Corey Reeser and Kim Rozenfeld. Nick Stern serves as co-executive producer, and the series hails from MediaWeaver, Four M Studios and Altimeter Films.

Netflix’s line-up includes a new film from Prentice Penny and a portrait of an iconic, gender non-conforming astrologer:

Elijah (Mamoudou Athie of UNICORN STORE) must balance his dream of becoming a master sommelier with his father’s expectations that he carry on the family’s Memphis BBQ joint. Courtney B. Vance and Niecy Nash also star.

A documentary exploring the culture and landmarks of the chicano and street art movement that cemented Mister Cartoon and Estevan Oriol’s status as behind-the-scenes hip hop legends.

A triumphant love story about two trailblazing women — Terry Donahue, catcher for the Peoria Redwings, and Pat Henschel — who break barriers and conventional norms, coming out to their conservative families as they face the difficulties of aging

Have a Good Trip: Adventures in Psychedelics (Dir. Donick Cary)

The documentary tells the epic story of psychedelics through the surprising and often hilarious drug trips of celebrity storytellers.

The doc follows Walter Mercado, the iconic, gender non-conforming astrologer who mesmerized millions of Latino viewers with his extravagance & positivity for decades. Then, one day, he vanished from the public eye.

Watch: Full trailer for On My Block Season 3

Netflix brand gets in with the cool crowd... September 24, 2014 | Staff Reporter 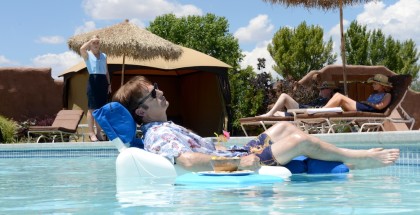 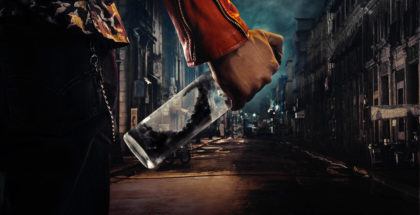