Netflix serves up trailer for Nailed It's second course | VODzilla.co | Where to watch online in UK 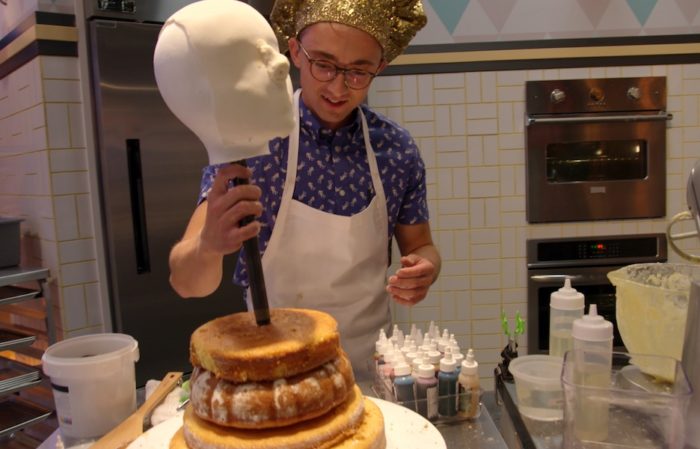 “Do you have any questions? Great! I’m not answering them!” That’s the sound of Nicole Byer returning for another helping of Netflix’s Nailed It.

The streaming giant’s answer to The Great British Bake Off, the six-part series celebrates failure over success, as it pits amateur bakers against each other in a 30-minute TV contest: recreate a selection of stunning baked goods with no experience and see who can get the closest to not making a total mess. The winner walks away with $10,000.

Hosted by Nicole Byer and Jacques Torres, and described as “part competition, part hot mess”, the series returns this month for another batch of episodes. Season 2 drops on Netflix on Friday 29th June. Here’s a trailer – or head this way to read our review of Season 1.

Netflix has renewed Nailed It! for a second season.

The streaming giant’s answer to The Great British Bake Off, the six-part series celebrates failure over success, as it pits amateur bakers against each other in a 30-minute TV contest: recreate a selection of stunning baked goods with no experience and see who can get the closest to not making a total mess. The winner walks away with $10,000.

The result couldn’t be further from the Beeb’s Bake Off, with host Nicole Byer creating a raucous, rapid-paced environment that relishes in incompetence. “This is cheap, cheerful cooking television for Netflix as it tries to whip up a new demographic,” we wrote in our review of Season 1.

Indeed, the show’s renewal marks the streaming giant’s growing commitment to non-scripted TV, with a number of other factual series also given a second season order, including Dope (returning on 20th April), Drug Lords, The Toys That Made Us and Queer Eye.

“These series are indicative of what we’re trying to accomplish for Netflix unscripted: working with world-class producers to create the best unscripted shows on television,” Bela Bajaria, vice president of content at Netflix, said in a statement. “These series elevate the genre with innovative takes on familiar formats. They deliver immersive and nuanced stories. They elicit so many emotions from viewers, from tears of laughter to tears of joy – and that’s just Queer Eye.”

How do you compete with a show like The Great British Bake Off? Go in a completely different direction.

Enter Nailed It, Netflix’s new show that’s dedicated to baking fails. The series brings everyday home bakers on to our screens to attempt to recreate amazing treats – and not quite get there. Each 30-minute episode will see amateur bakers face off against professional bakers to see if they can recreate beautiful baked goods with no experience.

From gingerbread men that look like monsters to wedding cakes that would make any bride say “I don’t”, if you’ve ever tried to make something epic and wound up with an epic fail, Nailed It is for you. The baker who comes closest to success will walk away with $10,000. Everyone else gets to walk away with the comforting knowledge that they’re not the only one to whip up a kitchen catastrophe.

The whole thing lands on Netflix on Friday 9th March. Here’s a trailer – or, for more on what’s coming to Netflix UK in March 2018, click here.

Netflix’s Comedians in Cars Getting Coffee returns this July

Trailer: Netflix pits The Mitchells vs the Machines this April... March 31, 2021 | Staff Reporter