Miley Cyrus to star in Woody Allen Amazon series | VODzilla.co | Where to watch online in UK

Miley Cyrus and Woody Allen are names you would never expect to see in the same sentence, but the singer has signed on to star in Woody Allen’s upcoming TV series for Amazon.

Cyrus will star alongside Elaine May on the six-episode project. While little is known about it, Deadline reports that it will be set in the 1960s and will begin filming in March. Allen will also reportedly act in the show, as well as write and direct in each episode.

Cyrus announced the news on Instagram, along with the above joke photo, adding that she had a picture of Allen beside her bed.

“Fuck yeah ! Stoked to be in Woody Allens first series!!!!!” she wrote. “I had claimed 2016 to be my year of “chillin the fuck out” but next to my bed for a few years now has been this portrait of W.A. & I was looking into his eyes when I got the call to be apart of the cast and work alongside the bad a$$ Elaine May & da dude himself! 1960zzzz here I cummmmm.”

While Cyrus is a newcomer to the Allen universe, May has worked with the director before on 2000’s Small Time Crooks.

The apparent progress with the project with come as some reassurance for fans, after Allen famously branded the whole idea a catastrophic error following its original announecment.

“I don’t know how I got into this,” he said. “I have no ideas and I’m not sure where to begin. My guess is that Roy Price [head of Amazon Studios] will regret this.”

The show is expected to be released later this year.

A first-timer’s guide to The X-Files (or, the 21 best episodes to watch before the new series) 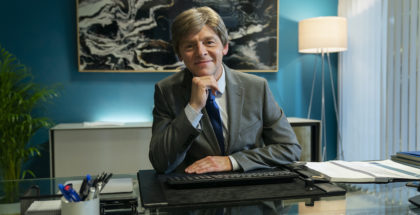