Love Island's Ovie to explore Life After Reality TV for BBC Three | VODzilla.co | Where to watch online in UK

After becoming the breakout star of Love Island 2019, 6ft7 basketball player, Ovie Soko, shot to instant fame. Known for his irresistible charm and laid-back persona, the 29-year-old won the hearts of a nation.

But Ovie is facing a big decision – one that could change his life forever. BBC Three’s Ovie: Life After Reality TV sees Ovie at a crossroads as he attempts to decide on the next chapter in his life. Whether to use his celebrity status and reality TV fame to build a new career, or go back to his first love of playing basketball.

To help him make that decision Ovie decides to find out more about the reality business – can he make it work for him or will it chew him up and spit him out? He speaks to successful stars who help him understand how the showbiz machine works and the opportunities on offer.

Multi-millionaire I’m A Celebrity Get Me Out of Here winner Vicky Pattison speaks to Ovie. She’s been in the reality TV business for ten years on shows from Geordie Shore to Celebrity Masterchef and has seen six-figure paydays by managing to cross over into mainstream television.

But Ovie also hears from people whose paths have awarded them fame and money, but have paid the price – sometimes with serious consequences.

Mario Falcone, one of the original cast members of The Only Way Is Essex explains what life was like in the fast lane when he was on TOWIE, he drove a Lamborghini, had glamorous girlfriends and the cash was rolling in. But Mario’s reality TV journey ended with an attempt to take his own life, and he’s now turned his back on the industry.

As Ovie wrestles with his decision about how to make his next move, he discovers what it takes to succeed in the industry and what’s really at stake when people play the reality TV game.

Ralph and Katie: BBC One orders spin-off from The A Word 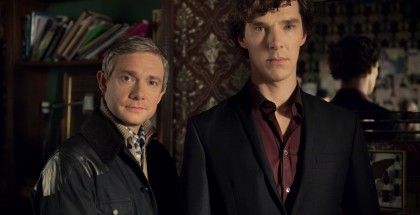