Killing Eve and A Very English Scandal lead 2019 BAFTA TV nominees | Where to watch online in UK | How to stream legally | When it is available on digital | VODzilla.co

The awards, which celebrate the very best in television craft and television programmes broadcast in the UK in 2018, announced the line-up of contenders this morning, and the BBC is dominating the list. BBC One thriller Killing Eve is leading the way with 14 nods, including Best Drama Series and Leading Actress for both Sandra Oh and Jodie Comer, followed by A Very English Scandal with 12 nods – including Best Mini Series, Best Leading Actor and Best Supporting Actor for Hugh Grant and Ben Whishaw.

Channel 4, meanwhile, competed heavily in the entertainment and comedy categories, with Derry Girls and Stath Lets Flats both up for Best Scripted Comedy, and the latter’s Jason Demetriou also up for Best Male Performance in a Comedy. The Last Leg and The Big Narstie Show are both competing for Comedy Entertainment Programme.

BBC Three is nominated for Best Factual Series for Life and Death Row: The Mass Execution, opposite Channel 4’s 24 Hours in A&E and Prison. The online channel’s This Coutry is also up for Best Female Performance in a Comedy and Best Writer: Comedy. BBC Three’s sketch show Famalam has also earned a nomination for Breakthrough Talent for Akemnji Ndifornyen.

The awards will be handed out on Sunday 12th May at London’s Royal Festival Hall. The full list of nominees can be seen here 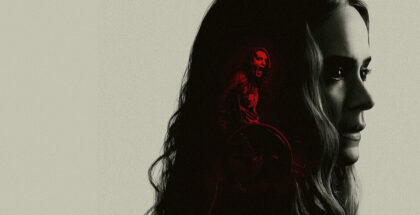