Jessica Biel to bring Limetown series to Facebook Watch | VODzilla.co | Where to watch online in UK

Jessica Biel is bringing the Limetown podcast to the screen with Facebook Watch.

The star of The Sinner, who also exec-produced the first season of the USA Network drama, will again act as EP on Limetown, which is based on the podcast of the same name. Produced by Two Up, the audio sensation has racked up over 10 million downloads and previously hit the coveted top spot in the Apple Podcast charts. Now, just as the second season prepares to arrive on 31st October, Biel is bringing the show to the TV.

The series will follow Lia Haddock (played by Biel), a journalist for American Public Radio, who unravels the mystery behind the disappearance of over 300 people at a neuroscience research facility in Tennessee.

Biel is exec-producing under her Iron Ocean Productions banner, alongside Michelle Purple, with Endeavor Content serving as the show’s studio. Zack Akers and Skip Bronkie, creators of the podcast, will be involved as writers and EPs, while Midnight Radio’s Josh Appelbaum, André Nemec, Jeff Pinkner and Scott Rosenberg will also exec-produce the project and serve as showrunners.

Limetown joins two other female-led dramas at Facebook Watch, the social network’s own TV platform: Sorry for Your Loss, starring Elizabeth Olsen, and Queen America, will will star Catherine Zeta-Jones.

Facebook has given a 10-episode order to the season.

Netflix to bring The Circle reality series to international audience 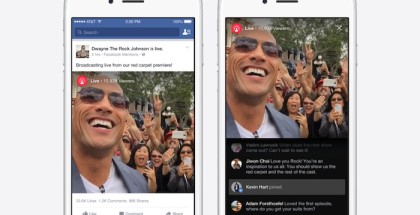