ITV Hub enjoys record summer | Where to watch online in UK | How to stream legally | When it is available on digital | VODzilla.co

July 2021 was ITV Hub’s most successful month on record, with increases in both live-streaming and on-demand views.

The broadcast’s flagship streaming platform racked up 93.3 million consumption hours in July, a 221 per cent increase on the previous year, and a record number of monthly active users (a 119 per cent year-on-year increase).

ITV Hub has always been significantly driven by simulcast viewing online, which made this year’s summer of sport a key period. The return of Love Island for the first time since early 2020 and England’s gripping journey to the UEFA Euro 2020 final helped the service draw its biggest number of active users ever – with viewers also watching for longer. In total, last month saw 219m live streams recorded.

ITV Hub has also taken a similar move to BBC iPlayer by turning its soap operas – typically peak live viewing appointments for audiences – into weekly box sets, releasing all of the week’s episodes of both Emmerdale and Coronation Street online at once on ITV Hub during the football. That meant

ITV Hub+, the ad-free subscription version of ITV Hub, also reached 567,000 subscribers in July – its biggest subscriber number ever and a 16 per cent year-on-year increase.

Rufus Radclifffe, ITV Managing Director, On Demand, said: “We knew this Summer was going to be a big TV moment with the most talked-about events on ITV, but these figures show just how successful ITV Hub has been in bringing those ‘can’t miss’ occasions to viewers. From live viewing of the Euros to catching up on last-night’s Love Island and making sure not a minute of the Soaps is missed plus all of our Drama and Reality boxsets, it’s testament to the work of the Hub team that more people than ever are using the service.” 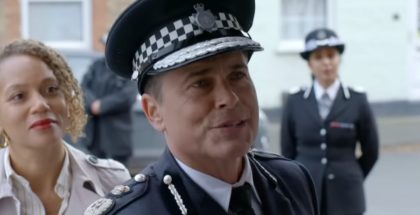