Host the Week cancelled after one episode | VODzilla.co | Where to watch online in UK

Host the Week cancelled after one episode

Channel 4 has cancelled Host the Week after only one episode.

The new series, which premiered last week, was originally commissioned for three episodes, with each one featuring a different celebrity guest having to work their way through a string of topical sketches and unconventional situations, with no knowledge of what’s going to happen and no rehearsal.

First up was Scarlett Moffatt, who found herself having to work with improvisers and comedians, directed by Tom Parry from award winning sketch group Pappy’s, and being set up with her childhood crush, Duncan Jones from Blue. Another skit saw her host a fake news broadcast with Krishnan Guru-Murthy. The blend of ITV’s The Nightly Show and BBC Three’s Murder in Successville, though, only wound up a mess.

“In the same week that Channel 4 managed the impossible task of bringing back The Crystal Maze without ruining it, the broadcaster managed an equally amazing feat: broadcasting one of the worst TV shows of the year,” we wrote in our review of the first episode in our weekly TV catch-up column. “This is dire stuff, which feels as topical and cutting edge as a Viz Comic left in a puddle.”

The episode drew an average of 400,000 viewers, reports the BBC, a third fewer than usual in the 9pm timeslot for the channel, with a number of viewers tweeting their disappointment at the show.

A second episode to be hosted by Jack Whitehall will now not go ahead, with the broadcaster not even continuing the series throughout its three planned episodes.

“We’re brave enough to take risks with innovative programme ideas but also to acknowledge they don’t all work and move on,” a spokesperson for the channel told BBC News.

Amazon broadcasts whole of American Gods… to the gods 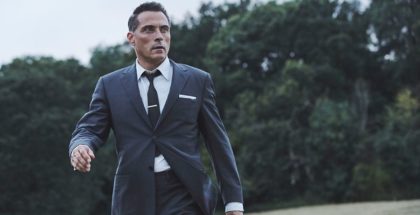