Disney+ has reportedly found the showrunner and possibly the star for its new Hawkeye series.

The show, which first emerged earlier this year, is one of many Marvel TV shows in the works for Disney’s new subscription streaming service. At Comic-Con, Disney confirmed its slate of MCU spin-offs would include The Falcon and The Winter Soldier, WandaVision and Loki, as well as an animated What If…? series.

Hawkeye was also confirmed, with Jeremy Renner returning to reprise his role from the MCU. Renner and Marvel head honcho Kevin Feige confirmed that the series will follow not only the sharp-shooting Clint but also Kate Bishop, a character well-known from the comics – a character, who, in fact, ended up taking up the Hawkeye mantle as one of the Young Avengers.

Variety reports that sources say Hailee Steinfeld has been offered the lead role of Kate Bishop for the limited series. The role would mark Steinfeld’s second TV part, after taking the lead in Apple TV+’s upcoming Dickinson biopic about the 19th century poet Emily Dickinson. Should she take the part, it would perhaps pave the way for her own standalone Disney+ series, or even a role in the future of the MCU on the big screen.

The reports break at the same time as Disney+ has lined up another key player behind the series: Jonathan Igla as showrunner.

Igla is a Mad Men veteran, who was both writer and executive story editor on the AMC drama, which brings a prestige TV note to Disney+’s ambitions. He is no stranger to streaming, meanwhile, with a writer and supervising producer credit on Facebook Watch drama Sorry for Your Loss, starring Elizabeth Olsen.

The Hawkeye series is expected to premiere in autumn 2021.

Disney+ has its sights set on a new Hawkeye series, as it continues to expand its line-up of Marvel projects.

The House of Mouse’s new subscription streaming service will be looking to take on Netflix when it launches, and it’s using the full weight of its franchises and brands to do so. Today, it announced a new Monsters, Inc. spin-off series, with both John Goodman and Billy Crystal reprising their vocal performances for the show. That series will join a Loki TV show, with Tom Hiddleston yet another big name jumping to the small screen for Disney. Other Marvel series in the works include The Vision and Scarlet Witch, plus a Falcon series, as Disney looks to give solo outings to some of Marvel’s supporting characters.

It’s a big move for Marvel, which has previously kept its small screen outings separate, under the purview of Marvel TV head Jeph Loeb – including the Netflix Hell’s Kitchen series, which have since been cancelled, save for Jessica Jones. Marvel’s Disney+ series will be overseen by Marvel Studios head Kevin Feige, coordinating the crossover between the new limited programmes and the heroes’ big screen outings.

Variety reports that Jeremy Renner is the latest member of the Avengers to have a limited series lined up, with sharp-shooting archer Clint Barton said to pass the torch to Kate Bishop in the programme, a character from the comics who took up the Hawkeye mantle after Barton and is a member of the Young Avengers.

Disney and Marvel declined to comment, but the project is in line with the previous MCU series Disney+ has commissioned, with each show expected to be between six and eight episodes. Marvel will also release a string of animated series on Hulu, led by Howard the Duck. 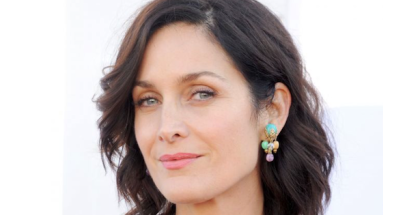 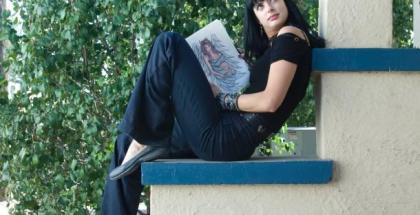