FrightFest Presents: AAAAAAAAH! and others available to watch online from 19th October

FrightFest Presents has unveiled its first slate of horror films to be released on Monday 19th October, including Steve Oram’s AAAAAAAAH!.

The banner, a joint partnership between Icon Film Distribution (IFD) and the horror festival, was first announced in April, with the aim of combining the popularity of genre cinema with the wide potential audience offered by digital distribution.

Six titles will be released across the UK and Ireland on the same day, using platforms such as iTunes, Google Play and Wuaki.tv – all just in time for Halloween.

“We are thrilled and delighted to be working with Icon in bringing a diverse range of top tier genre titles to the UK audience,” said Paul McEvoy, Co-Director of FrightFest, when launching the banner. “These and our other exciting forthcoming titles brilliantly showcase the breadth and quality of work being produced in the worldwide fear and fantasy arena.”

Sophie Wong, Head of TV and Digital Sales for IFD, added: “We have had a great response from our digital partners to the FrightFest Presents label and the collection of titles; a really strong indication of the market potential for genres with committed fans who are allied to an established brand.”

The six movies, which will be available to download from Monday 19th October, are as follows. To keep up to speed, follow our FrightFest Presents Week (#FrightFestWeek) – we’ll be reviewing a new film from the selection every single day, as well as rounding up where you can watch them online.


The directorial debut of Steve Oram, co-writer of Ben Wheatley’s Sightseers, sees ‘Alpha Male’ Smith and his Beta, Keith, move to take over a local community. They hook up with restless Female, Denise, igniting a deadly feud in which emotions run high and deep-seated grudges resurface amongst the tribe.

Night Of The Living Deb


Maria Thayer plays a woman who is caught up in a zombie apocalypse after a one-night stand.

Some Kind Of Hate


A bullied teen summits the spirit of a dead girl to wreak revenge.


A creature feature directed by Isaac Gabaett and starring Mitchel Musso (Monster House), Brooke Butler (All Cheerleaders Die) and Jamie Kennedy (Scream), The Sand sees a group of hungover twenty-somethings awake to a beating sun and a seemingly carnivorous beach that devours anything with a heartbeat that touches the sand.


A sci fi-horror in which five young people wake up dead. Washed up by the tide they scramble to an abandoned beach house, soon realising that the perpetual night and blasts of pain suggest this is some version of hell…


A sinister psychological thriller from director Adam Levins (Population Zero), sees January forced to return home after a near-fatal accident while travelling abroad. Temporarily wheelchair bound and depleted of her long-term memory, she is accompanied by her boyfriend Callum. Not only has she forgotten her family, but her childhood as well and is surprised to discover that her home is a stately manor in the middle of the countryside. Was there a dark reason why she left in the first place?

Going Clear: The only Emmy winner available to watch for £1 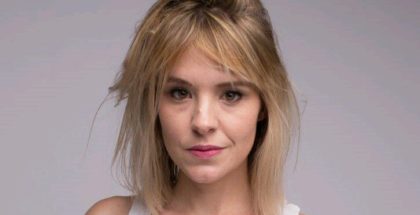