Famalan renewed for Season 2 | Where to watch online in UK | How to stream legally | When it is available on digital | VODzilla.co

Famalan will return for a second season, BBC Three has confirmed.

The hit sketch show launched in April 2018 on BBC Three and BBC iPlayer with a slot on BBC Two. Commissioned by Shane Allen, Controller of Comedy Commissioning and Damian Kavanagh, former Controller of BBC Three, the four-part series earned a BAFTA nomination for male performance in a comedy programme for Samson Kayo.

The series was announced today with a Turf Wars video from The E19 Posse and the Stratford Soldiers:

Shane Allen, Controller of Comedy Commissioning, says: “Famalam continues that rich BBC tradition of launching the stars of tomorrow through the sketch show format. Following the likes of Monty Python, French & Saunders, Fry & Laurie, The Fast Show, Goodness Gracious Me, The League of Gentlemen and Little Britain in bringing through exciting new talent to deliver the most pioneering and contemporary comedy that can travel in bite size online pieces as well as working as a whole show.”

Famalam is a BBC Studios production, produced by Akemnji Ndifornyen, directed by Tom Marshall and executive produced by Ben Caudwell and Chris Sussman. The commissioning editors are Sarah Asante and Gregor Sharp.

Chris Sussman, Head of Comedy at BBC Studios, says: “Not only is Famalam a brilliant series, it’s also a really important one in terms of diversity – as everyone knows there aren’t enough white middle-aged Jewish executive producers in television.”

Akemnji Ndifornyen, producer, adds: “Back like we never left… Ready to serve our hungry audience with more gourmet comedy dishes. Eat up, you’re most welcome.”

Season 2 will premiere on BBC Three this spring.

Trailer: Netflix’s Ghost in the Shell set for April release 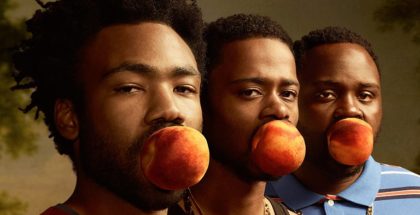