Facebook Watch has renewed four of its original series for a second season.

The social network’s video platform, which launched globally on mobile devices earlier this year, is now available on desktop computers worldwide from today. In the interm three months, it claims it has more than 400 million people monthly and 75 million people daily who spend at least one minute on Watch — and on average, these 75 million daily visitors spend more than 20 minutes in Watch.

Facebook has been increasingly investing in content to bolster its fledgling platform, and now, it’s committing to some of its most successful efforts to date: Five Points, Huda Boss, Sacred Lies and Sorry For Your Loss will return for second seasons.

“We’ve intentionally focused on content with the potential to have an extended life on Facebook beyond the initial airing of the shows, that sparks conversations and two-way interactions,” says Ricky Van Veen, Faceboo’ks Director of Global Creative Strategy, Media Partnerships. “These four shows have proven their ability to do just that, and we’re excited to renew them for our global community.”

The shows all cultivated “deeply engaged fanbases who came for the episodes, but stayed for the conversations”, notes Van Veen.

Here’s the video announcing the renewals – read on below for a full rundown of each project.

Five Points explores authentic teen stories through the eyes of five diverse kids in a Southside Chicago high school. Each episode is seen through a revolving perspective, taking audiences on a surprising and unexpected journey where the characters ultimately are anything but what they originally seemed. In S1, the series bravely took on difficult topics and gave voice and support to those suffering with similar issues within the Facebook community. During its ten episode run, Five Points examined bullying, depression, sexuality and suicide in a way that showed how misguided decisions can lead to life altering outcomes.

“The show’s talent was deeply involved in the conversations on the show page which resulted in great community engagement.”

The life of a beauty business mogul isn’t all glitz and glamour, and through Huda Boss, Huda and Mona Kattan – the powerhouse sisters behind the cult beauty brand Huda Beauty – showed Facebook audiences exactly what it takes to run a global enterprise. Huda alongside her sisters Mona and Alya, as well as her husband Chris, gave an exclusive look at the professional and personal tradeoffs that come with building their billion dollar cosmetics brand.

“The Kattans are an example of how Facebook Watch can bring new audiences to creators while seamlessly merging these two worlds in a way that is unique to the Facebook platform.”

A fan and critic favorite, Sacred Lies, created by showrunner and executive producer Raelle Tucker, built an impressive audience enthralled by the story of a handless teen who escapes a cult and finds herself in juvenile detention, suspected of knowing who killed her cult leader. Season one starred Elena Kampouris, Kevin Carroll, and Kiana Madeira. Season two will return as an anthology series, featuring a new mystery, set in an all new world, with new characters. It will again be inspired by a Grimm tale, The Singing Bone.

“One of the most compelling aspects of this series is its cast and creator’s deep involvement in the Sacred Lies: The Community Facebook Group, responding directly to fans and being a part of the discussion around the show.”

Sorry for your Loss

Exploring the life of a young widow trying to piece her life back together, Sorry For Your Loss has emerged as a critically acclaimed series with a star turn performance by Elizabeth Olsen. It has been named one of the best shows of 2018 by numerous publications including The New York Times, Vulture and Time, and Elizabeth Olsen recently nabbed a Best Actress nomination by the Critics Choice Awards for her role as Leigh.

“Sorry For Your Loss was not only lauded for being an authentic depiction of grief and survival, but it also proved to be an outlet for viewers to share their stories of loss and find comfort within the Facebook community and the official Facebook Group.” 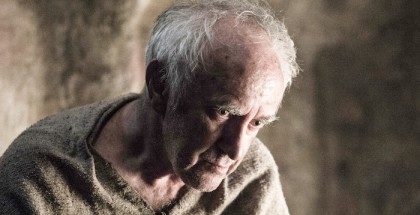