Don't Tell the Bride ditches BBC Three for Sky 1 | Where to watch online in UK | How to stream legally | When it is available on digital | VODzilla.co 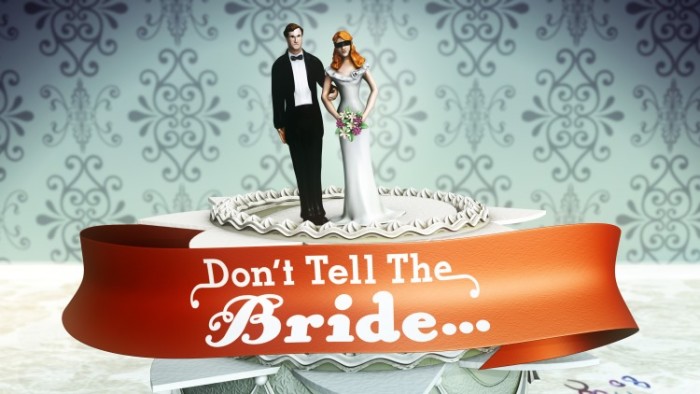 With the news that BBC Three is definitely moving online at the beginning of next year, the broadcaster has already begun the process of wooing its audience to the new platform and breaking up with producers.

The most painful one so far is Renegade Pictures, the team behind Don’t Tell the Bride. The show, which started out on BBC Three, has been a hit with young audiences, but eventually moved onto BBC One, due its popularity – and also, you suspect, to find it a new home among older fans in the linear Beeb schedule. Indeed, part of the BBC Trust’s approval of the channel’s online evolution was that long-form BBC Three programmes would be required to be shown on the traditional two channels at some point, while the broadcaster would also be legally required to air more youth programming.

These measures, though, were apparently not enough to keep Renegade on board, while BBC Three’s budget is also being cut from £85 million to £25 million.

Enter Sky, which has caught the proverbial bouquet and will now air the series from summer 2016. The Warner Bros company has signed a deal for two seasons of 12 episodes apiece.

Sarah May, executive producer at Renegade, who has been part of the show since its first episode, says the “dreams and expectations of the young couple brave enough to take on the Don’t Tell the Bride challenge” will continue to be the foundation of the show.

Adam MacDonald, Director of Sky 1, hails the show as “a British TV institution”, noting that many pay-TV customers are already fans of the show.

While the “usual traditions” of bad budgeting, hideous hen-dos, the odd disgruntled mother of the bride and a healthy dose of bridal bling are expected, Sky says the format will be tweaked to make it “pacier”, with action building quickly to the bridal gown reveal and drama of the big day.

The move comes as Sky 1 continues to position itself as a destination for family entertainment, from dramas such as Agatha Raisin and entertainment ranging from Bring the Noise and Fungus the Bogeyman to The Muppets, Supergirl, Legends of Tomorrow and A League of their Own.

Renegade is already inviting couples to apply for the new series.

Update: Sky has confirmed that the new Don’t Tell the Bride will premiere on Sky 1 at 9pm on 21st July.