Donald Glover, Rihanna and Letitia Wright take Amazon to Guava Island | Where to watch online in UK | How to stream legally | When it is available on digital | VODzilla.co 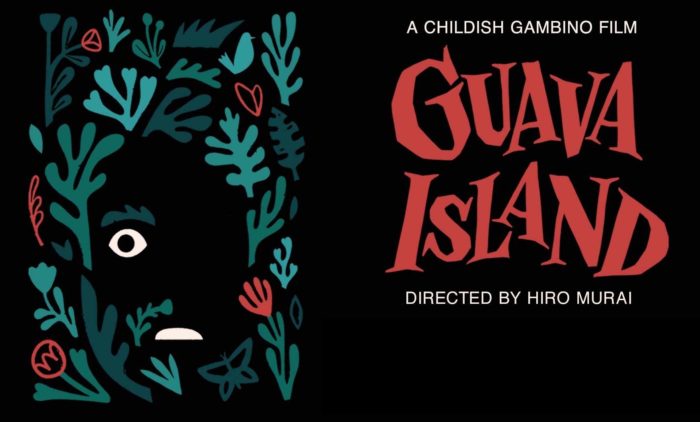 Guava Island is an expansion of Glover’s idea of freedom, in creative and business terms. It was directed by Hiro Murai (Atlanta), written by Stephen Glover (Atlanta) and based on a story by Royalty. From New Regency, it stars Donald Glover (Solo: A Star Wars Story), Rihanna (Home), Nonso Anozie (Cinderella), and Letitia Wright (Black Panther).

The film was produced by Fam Udeorji (Atlanta), Carmen Cuba (The Martian), Donald Glover & New Regency, who also financed the project, with executive producers Stephen Glover, Hiro Murai, and Ibra Ake (This is America). Amazon Studios acquired the exclusive distribution rights to the film for Amazon Prime Video in a competitive bidding situation while it was still in post-production.

Guava Island launched at the Coachella Music Festival on Thursday, the day before Childish Gambino headlines the festival, in a specially constructed theatre built for the event and will continue to screen on the Coachella grounds until the end of the festival. It will also stream worldwide on Amazon Prime Video from 8.01am on Saturday 13th April.

“I’m really humbled having the opportunity to present something this timely and timeless. Between Rihanna and the people of Cuba, this is one of my favourite projects I’ve ever worked on,” says Glover.

“Guava Island is the end result of four incredible weeks spent in Cuba with some of the most inspiring creative talents I’ve ever met,” adds director Hiro Murai. “Designers, performers, musicians, and filmmakers came together from all over the world to create this crazy fever dream of a production.”

“We are so proud to be able to amplify Donald & Hiro’s vision and share this compelling story with our Prime subscribers across the globe,” comments Jennifer Salke, Head of Amazon Studios. “Carmen Cuba, Wolf & Rothstein and New Regency have been incredible partners throughout this exciting journey and we can’t wait to invite all our prime customers to Guava Island on Saturday!”

Amazon will make it free to stream until 2am BST Sunday at www.amazon.com/guavaisland, after which it will be available only for Amazon Prime Video customers. Guava Island will also stream on Twitch.tv/primevideo at 1am BST on Sunday for free.

Trailer: Netflix and Amy Poehler head to Wine Country this May

Please Like Me Season 4 to premiere on Amazon Prime Video this November... November 6, 2016 | James R