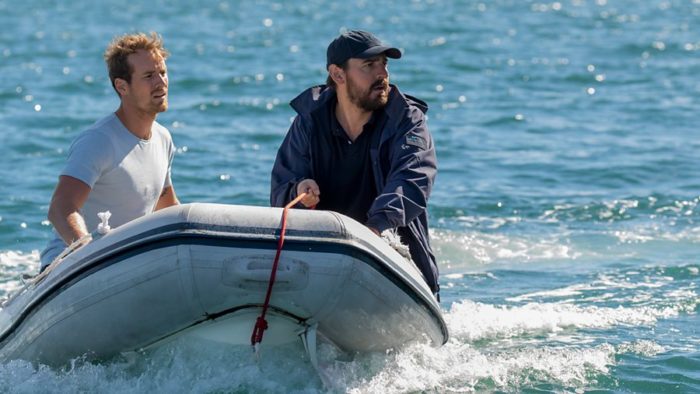 Ask anyone who watches TV if they’ve heard of The Killing or Sarah Lund and you’ll get a sense of how much the appetite for world drama has grown in the last decade. While Channel 4 has helped launch Walter Presents, and Netflix has commissioned dramas from all corners of the globe, BBC Four has also become a go-to hub of international telly, with its coveted Saturday night slot showcasing dramas and thrillers from overseas. In 2019, BBC Four continues to expand its library of world drama, with Australia’s Safe Harbour leading the way.

The four-part psychological thriller was produced by NBCUniversal International Studios’ Matchbox Pictures and acquired from NBC Universal International Distribution. It follows six friends, who set sail on a yacht trip from Brisbane to Indonesia. What begins as an enjoyable holiday adventure, though, unexpectedly changes, when they come across a fishing boat only a day’s sail from their destination. The friends come to the aid of a group of asylum seekers on the broken-down boat, but this encounter leads to a series of events that change their lives irrevocably.

The series will be joined on BBC Four by returning series Trapped, Follow the Money and Cardinal.

After the success of the first series on BBC Four, Season 2 of the acclaimed Icelandic crime drama Trapped picks up outside Parliament in Reykjavik, when a man throws himself at the Minister for Industry, setting fire to them both. Andri Olaffson, now working in Reykjavik, is assigned to the case and quickly learns the attacker was the minister’s twin. Their family’s roots are in the North, in the very area Andri had hoped to leave behind, where his old colleague Hinrika is now Chief of Police. Trouble is brewing in the town, with widespread anger at a power plant, drilling and a proposed aluminium plant. Shortly after Andri’s return the power plant’s foreman is found dead. Are the two incidents – the murder and the attack in Reykjavik – connected? Trapped is produced by RVK Studios and has been acquired from Dynamic Television.

Jeppe Gjervig Gram (Borgen) is the showrunner behind Follow the Money (acquired from DR Sales), which returns for a third season. Across the course of 10 episodes, the new run shifts from white-collar crime in the world of high financing to the more gritty and rough world of street crime and drug dealing, and focuses on two characters from the previous seasons: Nicky and Alf. Nicky has become a heavy-weight kingpin in the Danish underworld, while Alf is in a new job with one of the Police’s gang units, which The Fraud Squad lends out employees to when the narcotics investigators need to crack the kingpin’s accounts and finances. Alf and Nicky are in direct opposition to each other – and when one of them pulls a clever manoeuver, the other counteracts. A new main character is also introduced, Anna, who is the centre of her own arena – a bank. Anna is the proficient but overlooked bank employee, who is suddenly recognised for her abilities in alternative ways. Throughout the season, she will become an important accomplice in the laundering of the criminals’ money.

Acquired from co-producer and worldwide distributor Entertainment One (eOne), Cardinal also returns for a third season. It picks up in autumn and finds a grieving Cardinal torn between obsessive questions about his wife’s death and his loyalty to his partner, Delorme, when a spiralling double murder investigation turns Algonquin Bay into a danger zone, and pushes the two detectives to their limits.

Cassian Harrison, BBC Four Channel Editor, says: “As the original home of contemporary international drama on British television, BBC Four continues to fire on all cylinders, bringing choice new titles and returning favourites back to its established Saturday night slot. Ranging from the open seas of the South Pacific to the back-woods of Canada, with – of course – some Nordic wilderness stop-offs along the way, we hope audiences will enjoy our thrilling Spring selections as much as we do.”