BBC commissions coronavirus lockdown programming | Where to watch online in UK | How to stream legally | When it is available on digital | VODzilla.co

The BBC has commissioned a string of programmes to be produced and broadcast during the coronavirus lockdown.

With so many of the UK’s big events cancelled, the BBC is looking to connect people virtually by filling the void left by Eurovision and Glastonbury, not to mention live sports.

Weekly shows from The Graham Norton Show and Have I Got News For You will both be on the air, as well as new season of The Mash Report, with episodes recorded as live during the week of transmission.

A new series from choirmaster Gareth Malone will also look to assemble a home choir from people across the UK, while a nature documentary, Primates, will showcase the world of apes, monkeys and lemurs. Other pre-recorded shows will air, including Rylan Clark-Neal’s You Are What You Wear and Spandau Ballet’s The Kemps, alongside new runs of Sewing Bee, The Real Marigold Hotel, Your Home Made Perfect and I’ll Get This.

Comedy series starting or returning soon on BBC Two include There She Goes, The Other One, First Team and Alma’s Not Normal, while Peter Kay’s Car Share will be repeated on Friday nights across the summer.

New dramas coming soon to BBC One include Killing Eve, Normal People, Devs, The Luminaries, Twin, Miss America, and Us. The Cops, Party Animals, Cardiac Arrest and Between The Lines will also return to the BBC, alongside a selection of classic drama adaptations on the current exam syllabus including King Lear starring Anthony Hopkins and Emma Thomspon, Russell T Davies’ adaptation of A Midsummer Night’s Dream, Tess Of The D’Urbevilles starring Gemma Arterton, Pride And Prejudice and Great Expectations starring Gillian Anderson.

Stargazing will also take place with Dara Ó Briain in his back garden, while Tim Peake will be chatting about how to keep your mind active in period of self-isolation.

Glastonbury may have had to cancel its 50th anniversary festival this June, but we are still working to mark the weekend with a Glastonbury experience to celebrate the spirit of this unique event. We will bring the nation together and create a weekend of the best in music across radio, television and online with amazing performances for you to enjoy in the comfort of your home. And we will be in touch shortly with more details of the weekend.

BBC One and Graham Norton bring the country together for a special Eurovision broadcast – Eurovision: Come Together on Saturday 16th May.

Produced by BBC Studios the show will feature classic Eurovision performances, a look at what would have been in 2020 and entertaining interviews, including this year’s UK entry James Newman.

Peter Crouch: Save Our Summer

Peter Crouch: Save Our Summer is BBC One’s new live entertainment show for summer 2020. The series is set to be a one-stop shop of summery entertainment led by former professional footballer and national hero Peter Crouch along with TV and BBC Radio 1 presenter Maya Jama and comedian Alex Horne and his band the Horne Section broadcasting live from his studio hub, intent on giving the ensconced British public a little bit of all the big summer events that have been taken away.

Using the full scope of communication technology and the hosts showbiz-heavy phonebook, Peter Crouch: Save Our Summer will take advantage of everyone being stuck at home to remotely bring audiences music, replacement sports action, comedy, celebrity guests, interactive audience fun and VT adventures from all over the country.

The Choir: Britain In Lockdown

With Britain and the world facing an unprecedented crisis, people in isolation are turning to music and song to help them through. Now, the nation’s favourite choirmaster Gareth Malone is harnessing that positive energy and bringing all those who are staying in their homes, but who want to sing, together to form The Great British Home Chorus.

Having recently won an RTS Programme Award for The Choir: Our School By The Tower, this fast-moving, topical and inspiring BBC Two series will follow Gareth’s new venture as he connects amateurs and professionals all over the country. 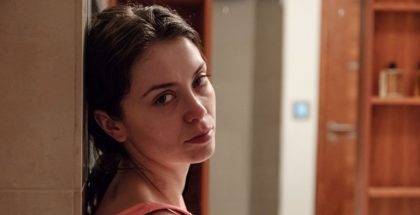