FACE: Amazon unveils Japanese original sci-fi series | Where to watch online in UK | How to stream legally | When it is available on digital | VODzilla.co

FACE: Cyber Crime Special Investigation Unit has been commissioned by the online giant and will premiere in July. The show, which stars Ayame Goriki, follows a cyber-crime special agent, who will face a “life or death struggle against criminal hackers“. The show is produced by Amazon in partnership with Oscar Promotion, a Japanese talent agency, for whom Goriki is a top star.

The series is directed by Ayato Matsuda and Hideki Hori and written by Masaki Fukusawa and Toshio Sekine.

FACE will stream on Amazon Prime Video from 11th July, with new episodes arriving weekly. The show marks a continuing push from Amazon into the Japanese market, which is competing with Netflix to make headway in the sizeable territory. Netflix has already picked up a range of anime in recent years as Netflix originals, and also released its first Japanese original series last year, called Hibana: Sparks. Amazon, meanwhile, has ordered more than 20 original titles for Japan, including The Bachelor Japan, new versions of Kamen Rider, Ultraman and Crayon Shin-chan, and Tokyo Vampire Hotel from Sion Sono.

While the latter, for example, is not available to stream on Amazon Prime Video UK – it is only available to watch on Amazon Prime Japan – the shift into production of Japanese originals marks a growing trend in the streaming landscape that is only set to have more of an impact on global licensing and acquisition in the future.

Sion Sono is checking in to Amazon’s Tokyo Vampire Hotel this summer in Japan.

The director, who is famous for his unconventional work that ranges from gangster flick Shinjuku Swan to street musical Tokyo Tribe, is teaming up with Amazon to make an original series in his home country.

Tokyo Vampire Hotel is a nine-episode series and tells the story of humanity battling against a tribe of vampires. Kaho stars in the project, alongside Shinnosuke Mitsushima, Ami Tomite, a young actress mentored by Sono, Yumi Adachi, and Sono’s wife, Megumi Kagurazaka.

The series is the filmmaker’s first based on an original screenplay, with the script written by Jun Tsugita and Manabu Ikarimoto. Tomohiro Kubo and Daisuke Matsuo will direct the first two episodes.

Produced by the ikkatsu Corporation, production on the show took place in the Nikkatsu studios, as well as locations including Dracula’s Castle in Transylvania.

“I had wanted to make an original vampire movie for a long time. I approached it as if making a movie. I am proud to say we’ve produced something that has never been done before either as TV drama or feature film,” Sono told Variety.

“Our focus is to work with the content creators to be innovative and deliver a content experience only available on Amazon. Right from the first episode customers will see something they haven’t seen before that’s awesome and different. With his unique voice and baroque style, Sono puts his mark on any genre,” added James Farrell, head of Asia Pacific content, Amazon Prime Video.

The show is an exclusive for Amazon Prime Japan, where it will premiere on 16th June, but it marks a growing push into the Japanese market from Amazon, which has ordered several titles for streamers in the country, including a new Kamen Rider series, a Crayon Shin-chan spin-off and Ultraman Orb The Origin Saga, plus reality series such as Hidehiko Ishizuka’s Sake Tour and The Bachelor Japan.

More4 to air Outlander on UK TV for first time 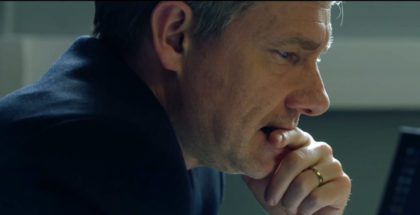