Amazon eyes up Kevin Spacey for first original film | VODzilla.co | Where to watch online in UK

Amazon is eyeing up Kevin Spacey for its first original film.

The actor, who plays Frank Underwood in the House of Cards remake, has become an unofficial face for Netflix, following the success of their first original series. Now, Variety reveals that Amazon is in final talks to poach his latest project for its own slate of content.

The movie in question? Elvis & Nixon, which recreates the meeting between Elvis Presley and President Richard Nixon at the White House. The film, directed by Liza Johnson and written by Joey Sagal, Hanala Sagal and Cary Elwes, stars Michael Shannon as the singer and Spacey as Nixon, with Alex Pettyfer, Colin Hanks and Johnny Knoxville in supporting roles.

Holly Wiersma and Cassian Elwes are producing and Elwes and CAA – which reps Spacey – have brokered the talks with Amazon for the domestic distribution rights. (How the film would be released internationally is unclear.) Should the talks be finalised, the VOD service would then team with Bleecker Street to distribute the film in cinemas.

The news of the talks arrives following a series of major deals by Amazon. The site hired Ted Hope to head up its production team this year, alongside Bob Berney as head of distribution and marketing. It has also reportedly signed deals with Jim Jarmusch, Spike Lee and Terry Gilliam, the latter of which includes the director’s long-awaited The Man Who Killed Don Quixote. While shooting will begin next year, though, a deal for Elvis & Nixon, which began filming in January, would see the Spacey-starring drama released as the site’s first original movie.

Amazon’s planned strategy is to release films in cinemas, then premiere them four to eight weeks later on Amazon Prime. 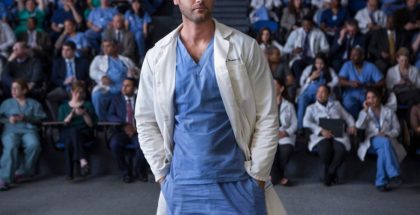