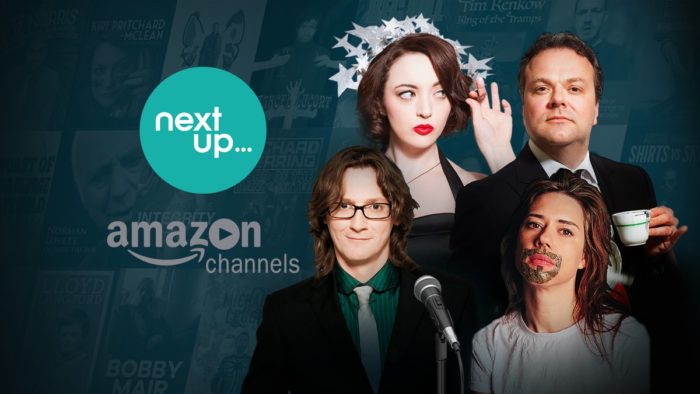 The subscription service, which was founded by the team behind the YouTube Channel and live comedy night, ComComedy, is designed to bring stand-up to comedy lovers across the UK, from new talent to established names. Recent additions include Bec Hill and Kiri Pritchard-McLean, while upcoming releases include Joz Norris, Andy Field, Paul Sinha and Delightful Sausage.

Now, a year on from its initial launch, the site is now looking to expand its reach by joining Amazon Channels. Amazon Channels is the online giant’s new platform that launched in May, which allows Amazon Prime members to access third party subscription services via their existing Amazon Prime Video app or device, with the additional fees charged as a bolt-on cost to their Amazon account – all-in-one access, account and billing, without pay-TV contracts or switching between apps.

A subscription to NextUp costs £3.50 a month, with all shows available to download and watch offline. The site also includes curated playlists, such as Rising Stars, Most Watched, Household Heroes and Contemporary Greats, to help members discover new acts they may not have seen before.

Amazon is expanding its Amazon Channels in the UK, with PBS America On Demand and Stingray Classica both joining the line-up.

Amazon Channels is the online giant’s new platform that launched in May, which allows Amazon Prime members to access third party subscription services via their existing Amazon Prime Video app or device, with the additional fees charged as a bolt-on cost to their Amazon account – all-in-one access, account and billing, without pay-TV contracts or switching between apps.

The new, ad-free service from PBS America gives Prime members the chance to enjoy a wide spectrum of high-quality, in-depth and balanced science, history and current affairs programming on demand including notable series from legendary filmmaker Ken Burns, including the multi-award winning The Civil War – the most watched TV series on American public television – and the Oscar-nominated feature documentary, Last Days in Vietnam. Ken Burn’s back catalogue of award-winning historical films will also be available, including Prohibition, The Roosevelts: An Intimate History and The Dust Bowl alongside other PBS documentaries.

Stingray Classica is Amazon Channels’ first purely classical music subscription, meaning Prime members can sign up easily to enjoy a vast range of full-length ballets, operas and classical concerts, including chamber music and music for worship. Stingray Classica features performances from the top orchestras and ballet companies in the world, like the Berlin Philharmonic, and the productions are filmed in renowned venues, festivals and opera houses, such as Sir Christopher Wren’s Sheldonian Theatre in Oxford, the Teatro alla Scalla, the San Francisco Opera House, and London’s own Royal Opera House.

The channel is programmed seasonally and continually updated to present a growing collection of performances and premieres filmed around the world. Its Discovering Masterpieces series also overviews the last century’s greatest composers, such as Bach, Mozart, and Beethoven. In addition to choir performances, such as Celebrate St. Patrick, filmed at Down Cathedral in Downpatrick, Northern Ireland in 2017, Stingray Classica brings to life all the most popular classical music fan favourites, as well as documentaries on prominent international artists.

Amazon is expanding Prime Video in the UK to include live sport, Discovery and other premium channels.

Amazon Channels allows Amazon Prime members to add optional subscriptions to other streaming services to their Amazon package, without having to opt in to a contracted bundle.

The scheme, which launched in the US this year, was designed as a cord-cutting alternative to premium cable providers such as HBO and Showtime. In the UK, though, the market is dramatically different, with all HBO and Showtime content tied up exclusively with Sky and neither of them available separately as standalone subscriptions. Indeed, Sky has already launched its own contract-free service NOW TV, which allows people to sign up to a collection of its premium channels without a long-term subscription.

As a result, Amazon Channels carries less of an impact in the UK, with many of the streaming add-ons, such as MUBI, BFI Player+, Hopster and horror subscription platform Shudder, already available separately in the UK on a contract-free basis. Some of the channels, though, are exclusive and others are more affordable. Eurosport Player, for example, normally costs £5.99 for 24 hours’ access, but will cost £6.99 a month through Amazon Channels, giving viewers access to coverage of the French Open Tennis 2017. The Discovery Channel, meanwhile, will be available for £4.99 a month.

This is the first time that Discovery has been made available independently of any bundle. All monthly prices are in addition to the cost of an Amazon Prime membership, which costs £7.99 a month.

“For the first time, Prime members in the UK and Germany will be able to choose to watch premium TV channels without having to sign up to a bundle or a contract, giving them the freedom to pay for only what they want to watch,” says Alex Green, MD, Europe, Amazon Channels. “From live sport to Bollywood, arthouse cinema to reality TV, and award-winning TV shows from popular channels like Discovery and ITV, Amazon Channels gives power back to customers to choose exactly what they want to watch.”

Susanna Dinnage, President of Discovery Networks UK and Chief Content Officer, International, adds: “We are delighted to bring our premium factual and sports content to Amazon Prime members. This partnership underlines our strategic ambition to reach people across every screen. Amazon Prime members can now experience the shows that are loved by Discovery fans as well as enjoy an exciting summer of sport which is about to kick off on the Eurosport Player.”

ITV Hub+ is also included within the launch line-up. For £3.99 a month, it allows viewers to stream ITV shows without adverts (apart from Family Guy and American Dad) and download programmes for offline streaming. It is also available directly from ITV without an Amazon Prime membership.

Simon Pitts, ITV Managing Director, Online, Pay and Interactive, said: “The ITV Hub is all about giving viewers more choice about how and when they access their favourite ITV shows, including watching without the ads via ITV Hub+ for £3.99 per month. We’re delighted to be part of the Amazon Channels launch line-up in the UK.”

Most notably, perhaps, is Heera, Amazon’s own, curated Bollywood channel, offering more than 500 movies including recent releases, such as Sultan starring Salman Khan. This also costs £3.99 a month. Anime Strike, which is available on Amazon Channels in the US, is not currently available in the UK, although an ad-free Viewster subscription service is available.

Amazon says that additional subscriptions “will be added in the coming months”. Meanwhile, read on for a full list of the Amazon Channels now available in the UK. You can find them through the Amazon Prime Video app on smart TVs, iOs and Android devices, Amazon Fire TV devices and game consoles, as well as on Amazon’s website.

Christopher Nolan wrote to Netflix to apologise for “mindless” criticism 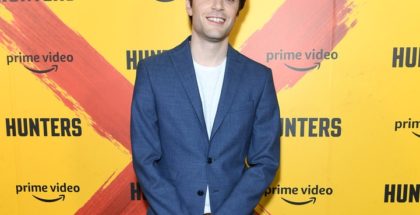 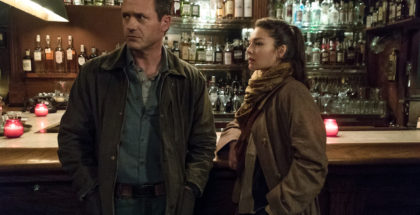 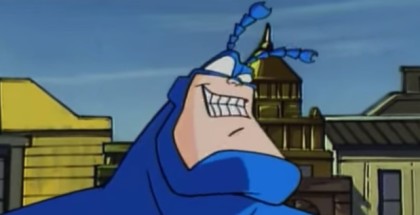