Amazon acquires Kristen Stewart's Against All Enemies | VODzilla.co | Where to watch online in UK

The online giant has been splashing a lot of cash in the last couple of weeks, dominating the Sundance Film Festival with over $45 million worth of deals. But Amazon shows no signs of stopping its current shopping spree, heading to the Berlin Film Festival and promptly snapping up a film there too.

An independent political thriller, Against All Enemies follows actress Jean Seberg, a supporter of the Black Panther Party, and the FBI’s attempts to discredit her through its COINTELPRO program. Seberg appeared in a wide range of movies before she died in 1979, with her CV ranging from Saint Joan and Breathless to Bonjour Tristesse.

Stewart stars as the actress, and will be joined by Anthony Mackie as a civil rights activity and Jack O’Connell as the FBI agent assigned to surveil Jean Seberg. Margaret Qualley and Colm Meaney complete the main cast.

The deal, which was for an undisclosed amount, was closed on Friday at the Berlinale, with UTA Independent Film Group negotiating the sale of the film to Amazon Studios. Amazon reportedly pounced on the film after viewing only a promotional reel, with the project still in post-production. Amazon’s deal covers the US rights for the film. 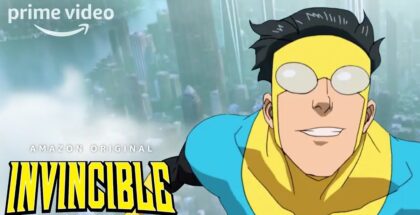