Kubo and the Two Strings: The concept art behind the film | VODzilla.co | Where to watch online in UK

Kubo and the Two Strings: The concept art behind the film 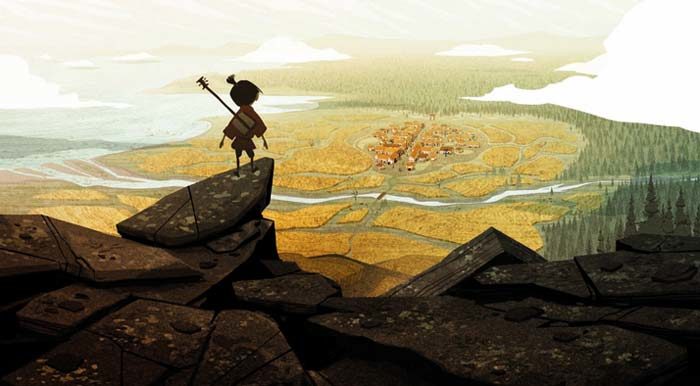 A young boy with a magical gift sets out on a thrilling quest to discover his family’s legacy in Kubo and the Two Strings. The latest film from LAIKA, the animation studio behind Coraline, ParaNorman, and The Boxtrolls, is out now on Digital HD, before it arrives on Blu-ray, DVD and On Demand on 16th January from Universal Pictures Home Entertainment.

The epic adventure stars the voice talents of Charlize Theron and Matthew McConaughey and follows young Kubo (voiced by Art Parkinson of Game of Thrones), who mesmerises the people in his village with his magical gift for spinning fantastical tales. When he accidentally summons an evil spirit seeking vengeance, Kubo journeys on an action-packed quest to solve the mystery of his fallen samurai father, discover his own powers, and reunite his family.

The Blu-ray and DVD are packed with behind-the-scenes bonus content, featuring the filmmakers and incredible voice cast, that allows viewers to dive even deeper into the story. But one of the best special features of the film are the visuals, which are stunning no matter what format you watch the film in. With the movie available to buy and download from Sky Store, Wuaki.tv, TalkTalk TV Store, iTunes and Amazon Instant Video, we give you a closer look at the concept art behind the film’s gorgeous animation:

Kubo and the Two Strings is available on Netflix UK, as part of an £8.99 monthly subscription.

Where can I buy or rent Kubo and the Two Strings online in the UK?

From Taboo to Doctor Who: BBC teases bright new year with 2017 trailer