February 2021: Highlights and UK TV air dates for this month | Where to watch online in UK | How to stream legally | When it is available on digital | VODzilla.co

February 2021 Watchlist: The TV shows to watch this month 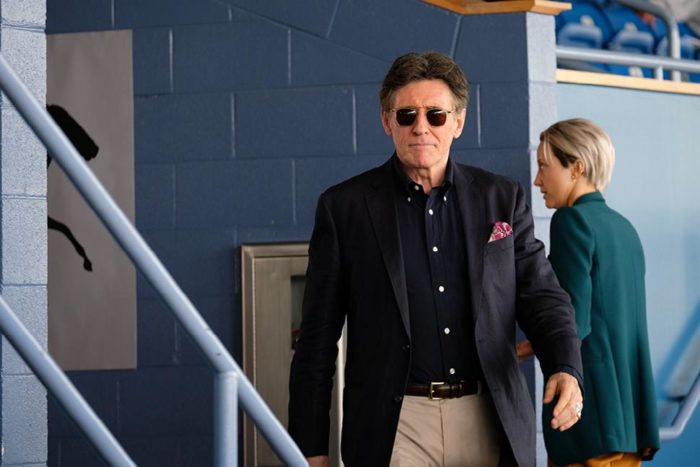 Netflix. Amazon Prime Video. BBC iPlayer. NOW. Walter Presents. Apple TV+. There’s so much TV to watch these days in so many places that it can be hard to keep up. Every month, we boil down what’s on the box to the essentials you need in your streaming queue.

With the month ahead unfolding indoors, the TV is not only useful for breaking up the days and nights but also for escaping from reality for a few hours at a time. February brings some welcome escapism, including the return of Apple TV+ launch show For All Mankind, Sky thrillers ZeroZeroZero and Devils, a new series from the creator of The Powerpuff Girls and the launch of Disney+’s Star channel, which features new originals Solar Opposites, Helstrom, Love Victor and Big Sky. And, for those in need of a DC fix, there’s a second outing for pre-Wayne butler Pennyworth.

We’ve sorted through All The TV to bring you your February watchlist – what’s worth watching and where you can find it online in the UK: 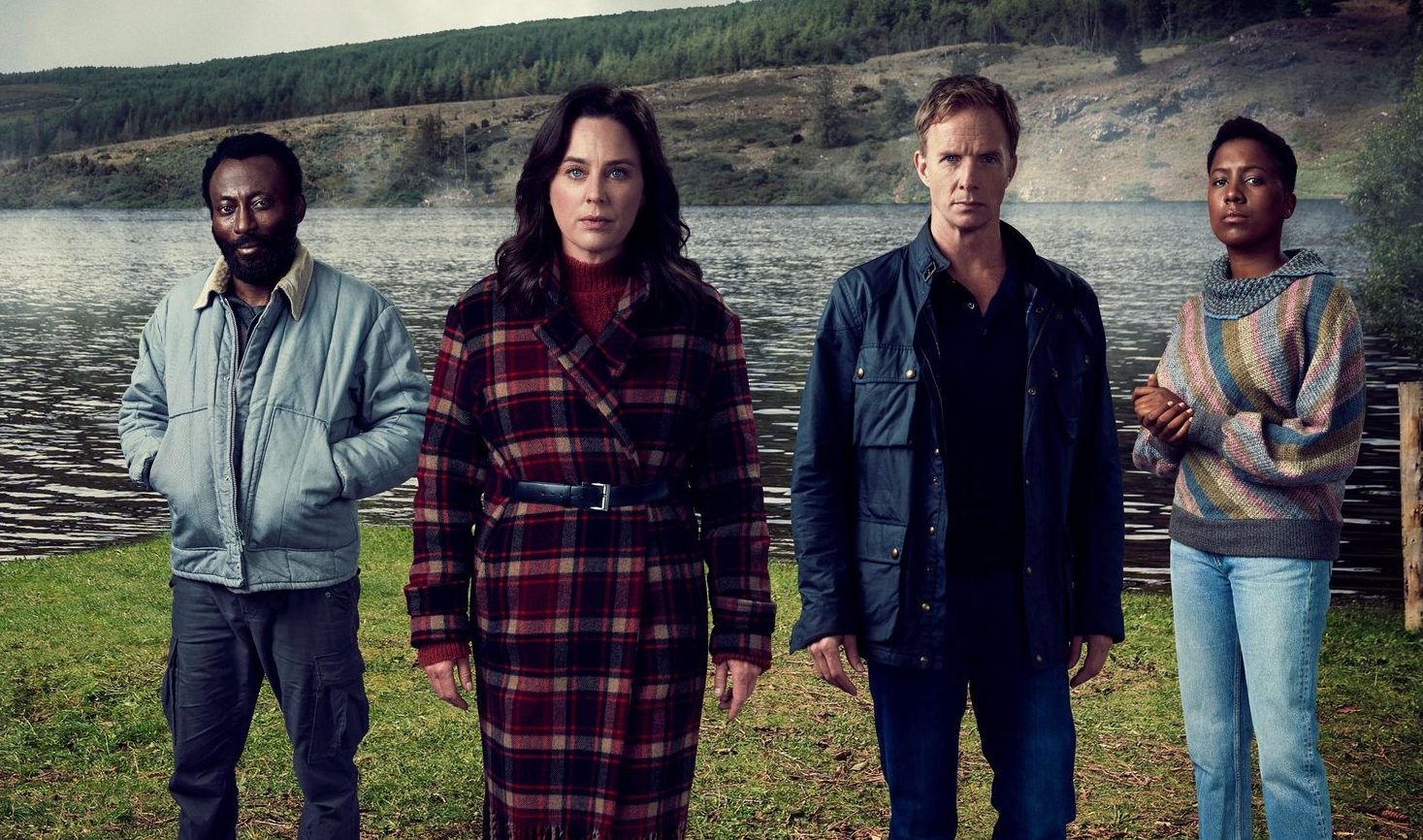 Jodie believes a teenager she has seen is her son who has been missing for nine years. However, the police do not follow up on her impassioned plea to investigate. Jill Halfpenny and Rupert Penry-Jones star in Channel 5’s new five-part drama, which airs nightly throughout the week.

My5
Available nightly live and on-demand 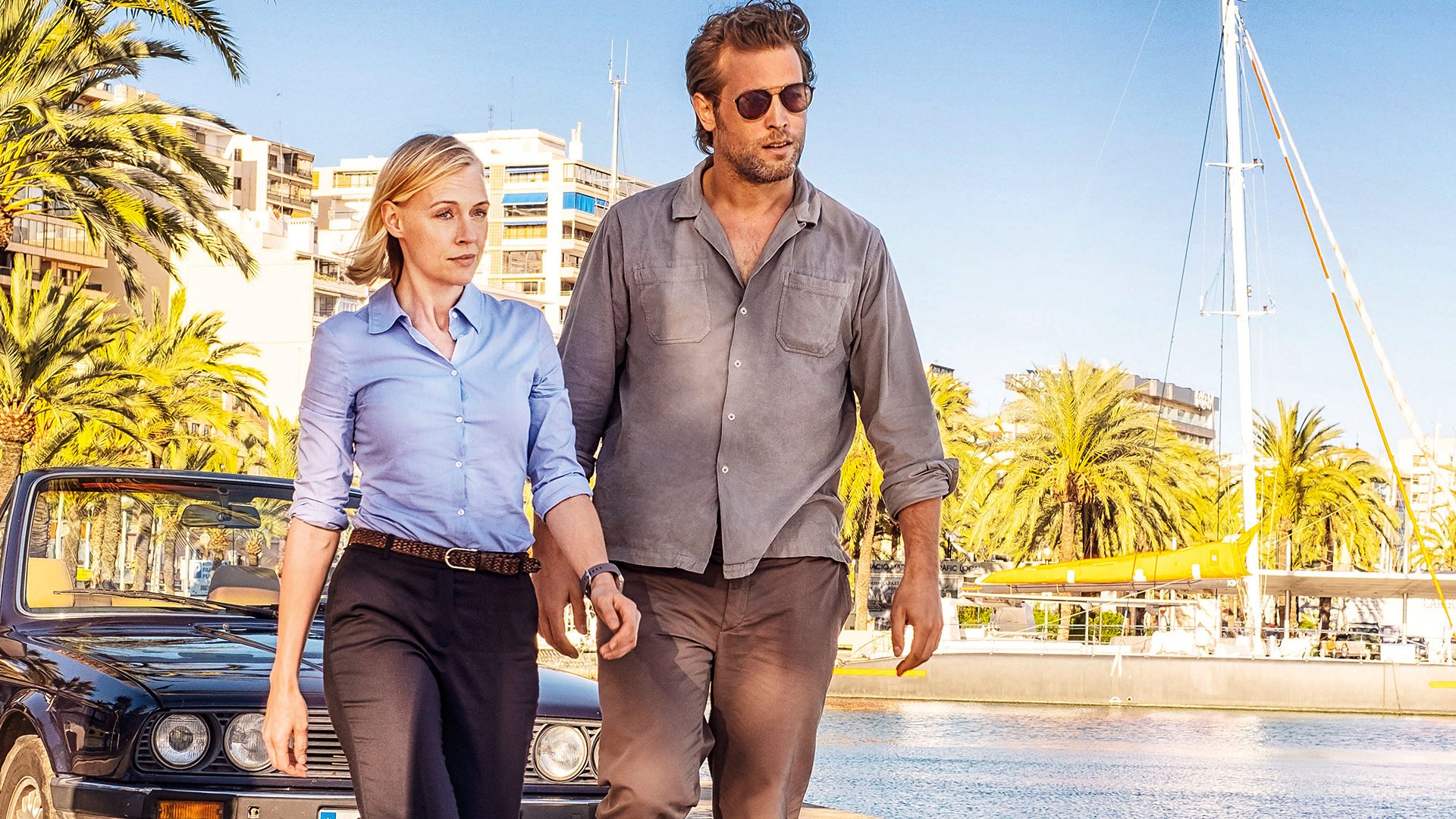 A British police officer joins forces with a German detective to fight crime on Mallorca in this sparky crime drama, which airs during the daytime but is entertaining any time of the day.

BBC iPlayer
Available all at once on-demand


The animated series follows the adventures of an imaginative and enthusiastic boy who lives with his free-spirited grandpa in a sparsely populated desert town. His dreams of being a hero seem to come true when he discovers 5 Cosmic Stones of Power in a wrecked spaceship. But when they send a signal out containing the whereabouts of the most powerful and desirable artefacts in the cosmos, the Earth becomes ground zero for an epic battle for ultimate power. To stop the alien onslaught, the kid gives the powerful rings to local heroes who become the good guys… even though they’re bad at it.


Three decades. Two friends. One heck of a story. Katherine Heigl and Sarah Chalke star in this series based on the bestselling novel by Kristin Hannah.

Based on the novel ZeroZeroZero by Roberto Saviano, this fast-paced and edgy series directed by Stefano Sollima (Gomorrah) and Janus Metz (True Detective) and created by Sky Studios follows the buyers, sellers and brokers who drive the frenzied and lethal world of international drug trafficking. Filmed across three continents (North America, Europe and Africa) and in six languages (English, Spanish, Italian, French, Wolof and Arabic), the eight-episode series revolves around the violent Mexican cartels, power hungry Calabrian ‘Ndrangheta and corrupt American businessmen who are all competing for supremacy over the world’s cocaine trade.


Based upon the Peanuts comic strip by Charles M. Schulz, the show stars the internationally beloved beagle and his feathered best friend Woodstock as they tackle all-new adventures. Snoopy may seem like just a happy-dancin’, bone-lovin’, doghouse-sittin’ pup, but he’s much more than that. He’s Joe Cool: hippest kid in school. He’s surfer king and famed arm wrestler Masked Marvel. He’s a World War I flying ace who battles the Red Baron. 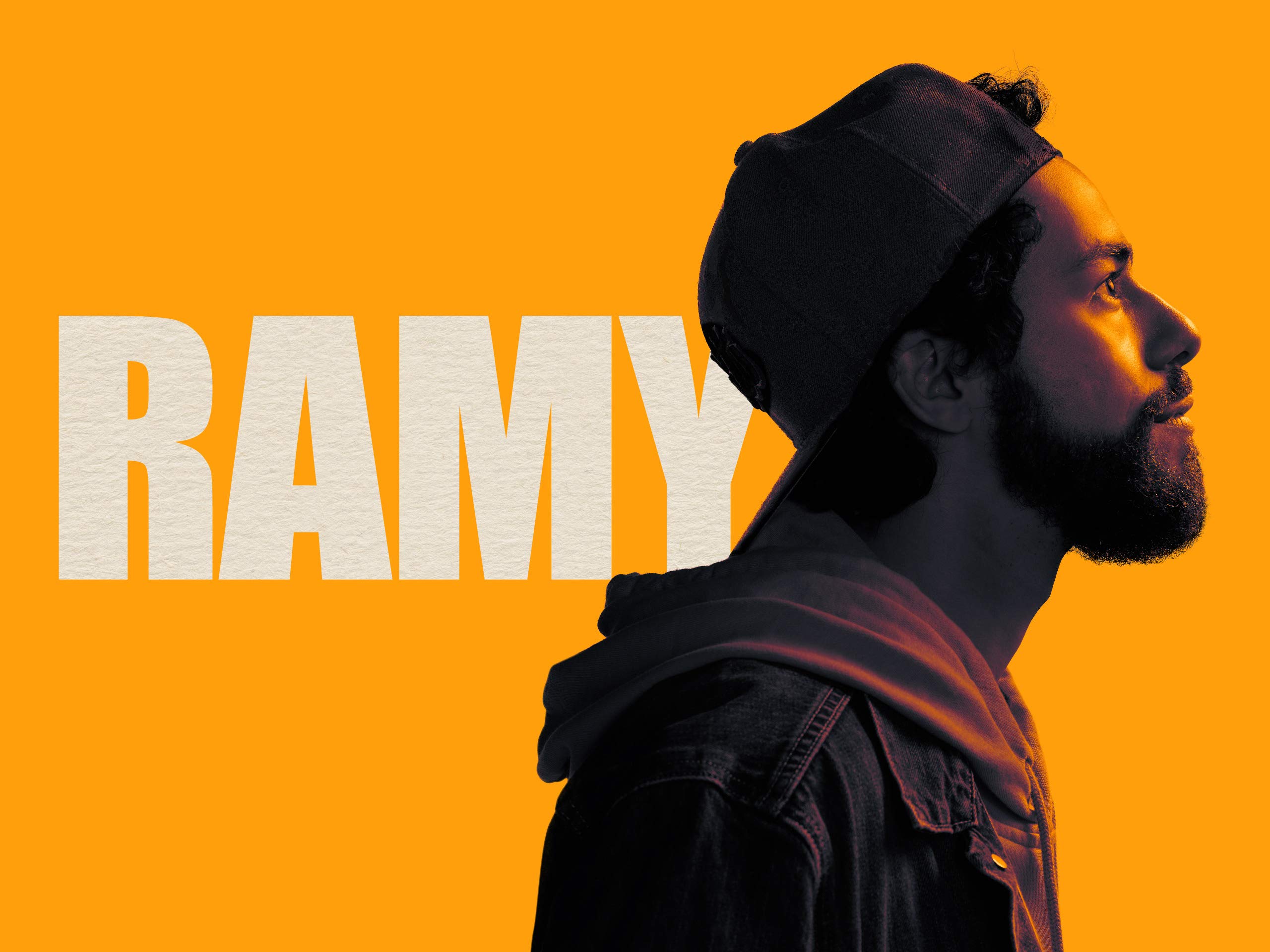 Ramy Youssef’s excellent comedy about a first-generation Egyptian-American finding his way through his politically divided New Jersey neighbourhood has already aired its second season on STARZPLAY, but now it gets a linear TV run on Channel 4, with the whole box set also on All 4.

All 4
Available all at once on-demand 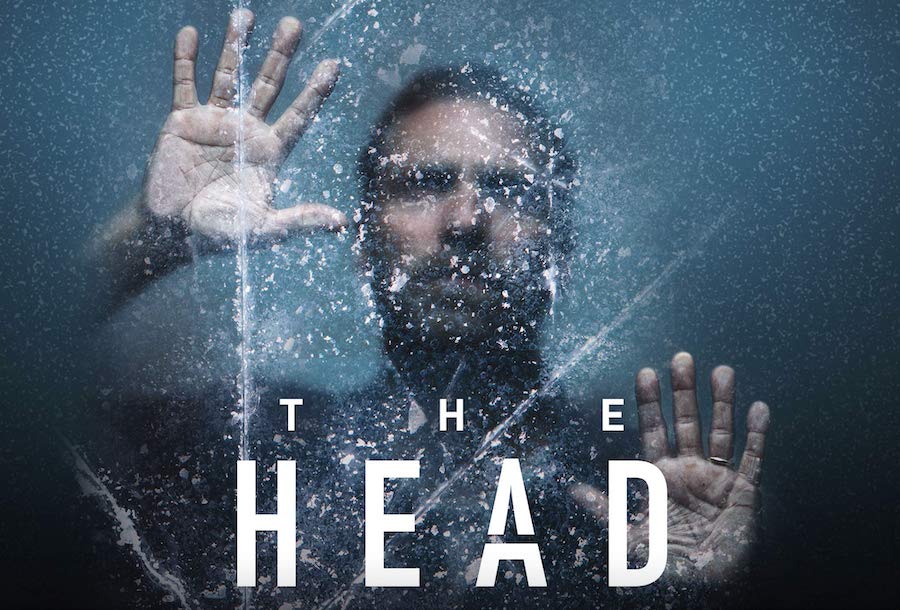 A select group of scientists from several different countries are in charge of maintaining the base operational during the long polar nights. But in the midst of winter, the station suddenly stops communicating with the outside world. Episodes of this new mystery thriller arrive weekly.

When? 7th February
What channel? STARZPLAY 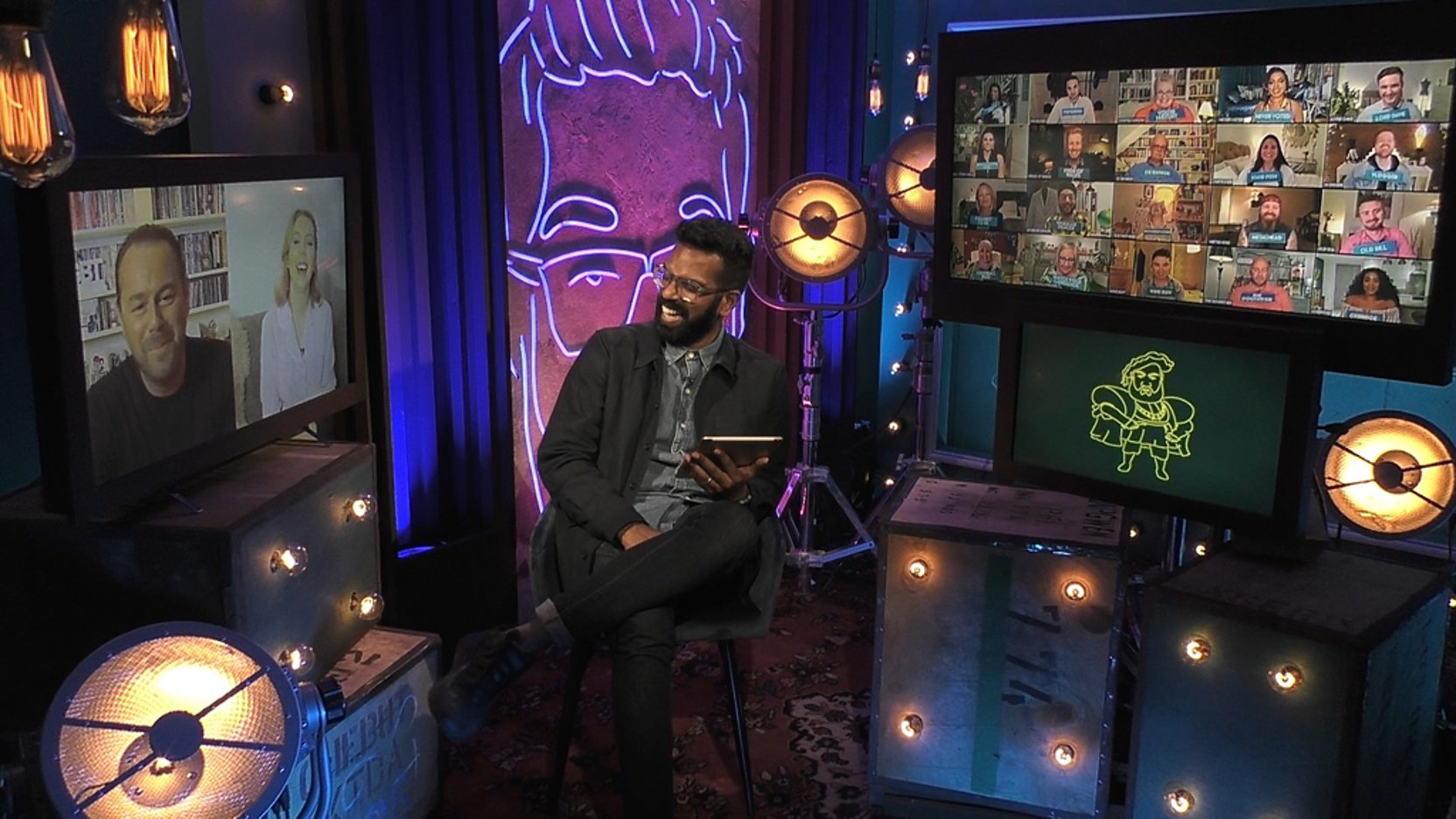 Romesh has traded his garage in for a studio but is once again joined virtually by his focus group, the Ranganation – 20 loveable, outspoken characters who represent a cross-section of modern Britain, plus special guests such as Katherine Ryan and Mo Giligan.


Soulmates is set 15 years into the future, when science has made a discovery that changes the lives of everyone on the planet – a test that unequivocally tells you who your soulmate is. Each of the six episodes will feature a different cast and explore an entirely new story around discovering (or opting not to discover) the results of this new test and the impact of those results on a myriad of relationships.

When? 8th February (00.01am)
What channel? Amazon Prime Video

Hypothetical is back, posing increasingly absurd hypothetical situations to top comedians. Hosts Josh Widdicombe and James Acaster then score them on how well they would deal with each situation, while trading improvised arguments in between each interrogation. Braving the show in the first episode are Suzi Ruffell, Tom Allen, Sophie Duker and Desiree Burch. 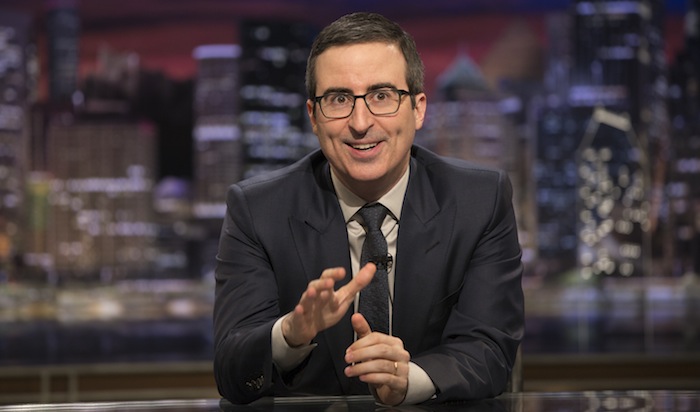 Coming back once again from the white void of his Covid secure studio, John Oliver is back to give his spin on the latest news. As things stand right now, that may either include reports on the Biden administration’s first few weeks running the country, or extended coverage of a besieged White House as they attempt to evict the previous President. But almost certainly, we will get an update on what the Pringles guy’s body actually looks like.

Massimo Ruggeri is the Head of Trading at one of the most important investment banks in the world, whose success has all but guaranteed his promotion to vice-CEO. However, a scandal involving his wife puts a brake on Massimo’s ambitions, leading his American CEO and mentor, Dominic Morgan (Patrick Dempsey, Grey’s Anatomy), to withdraw his support. Massimo takes this rejection hard, and things go from bad to worse when his rival and apparent successor suddenly dies, and Massimo becomes the prime suspect. Sensing that Dominic is hiding something, Massimo sets about clearing his name and finding out the truth behind the vast political game plan he has inadvertently been caught up in.

For All Mankind: Season 2


For All Mankind picks up a decade on from Season 1. It’s the height of the Cold War and tensions between the United States and the USSR are at their peak. Ronald Reagan is president and the greater ambitions of science and space exploration are at threat of being squandered as the US and Soviets go head-to-head to control sites rich in resources on the moon.

The Muppet Show: Season 1 to 5

It’s time to raise the curtain on The Muppet Show! Join Kermit, Miss Piggy, Fozzie Bear, Gonzo, the Swedish Chef and more in this ground-breaking twist on the classic variety show, blending original songs, sketch comedy and guest stars into a prime-time hit for all ages! Discover for yourself the most sensational, inspirational, celebrational, Muppetational pleasures of the classic Muppet series, with Season 4 and 5 now available for home viewing for the first time. 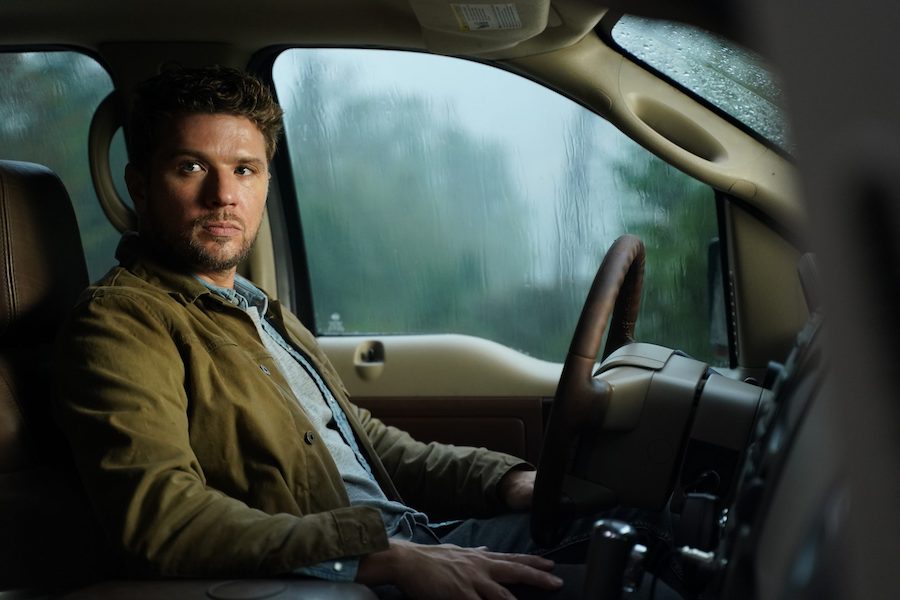 From David E Kelley (Big Little Lies) comes Big Sky, an intense thriller that follows private detectives Cassie Dewell and Cody Hoyt as they join forces with his estranged wife and ex-cop, Jenny Hoyt, to search for two sisters who have been kidnapped by a truck driver on a remote highway in Montana. But when they discover that these are not the only girls who have disappeared in the area, they must race against the clock to find the women before it’s too late. One of the new Disney+ Star original series.

From the creators of Love, Simon and inspired by the hit film, the series follows Victor, a new student at Creekwood High School on his own journey of self-discovery, facing challenges at home, adjusting to a new city, and struggling with his sexual orientation. When it all seems too much, he reaches out to Simon to help him navigate the ups and downs of high school. Another Disney+ Star original series. 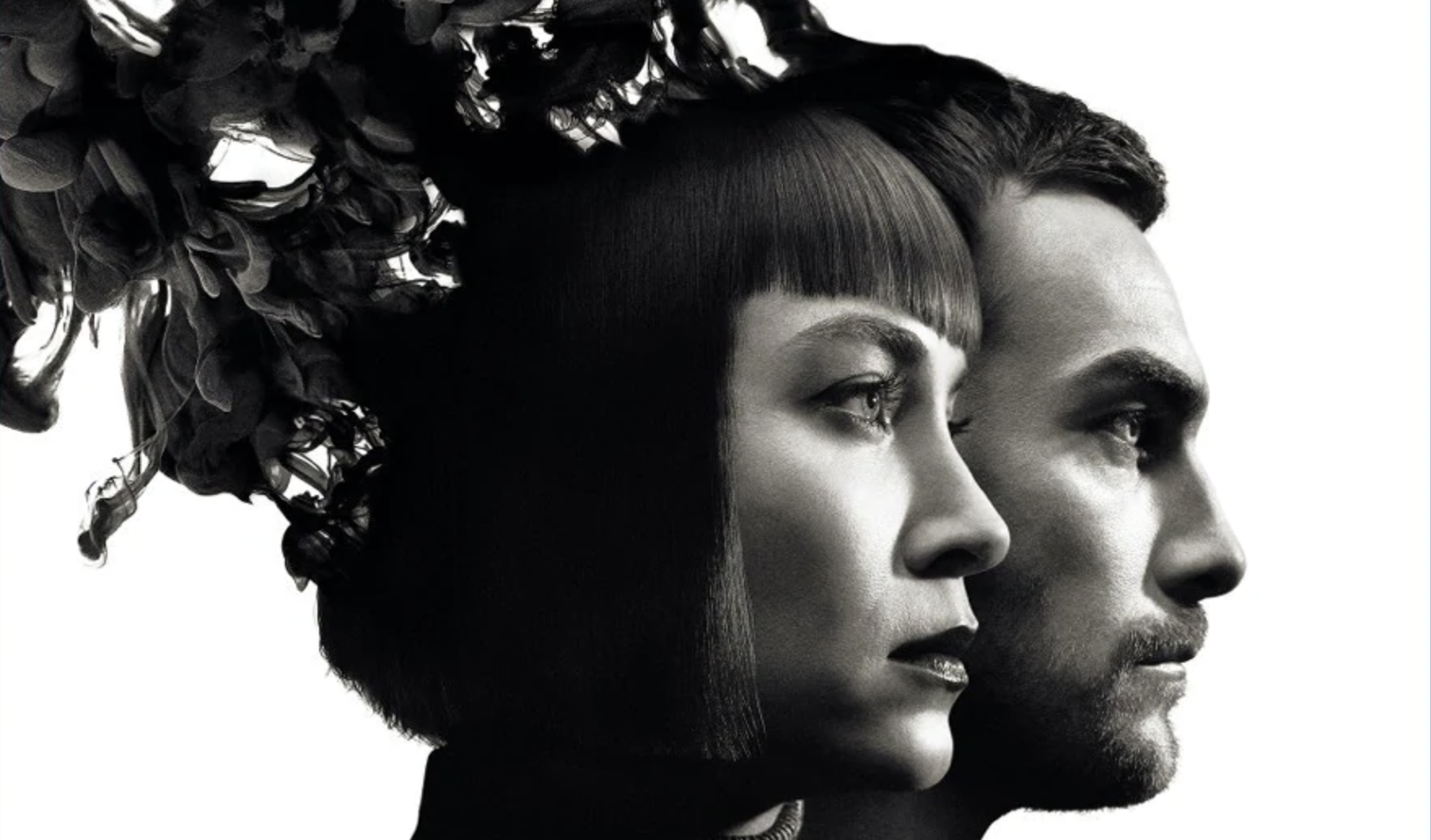 Daimon and Ana Helstrom are the son and daughter of a mysterious and powerful serial killer. The siblings have a complicated dynamic as they track down the terrorising worst of humanity – each with their attitude and skills. Another Disney+ Star original series. 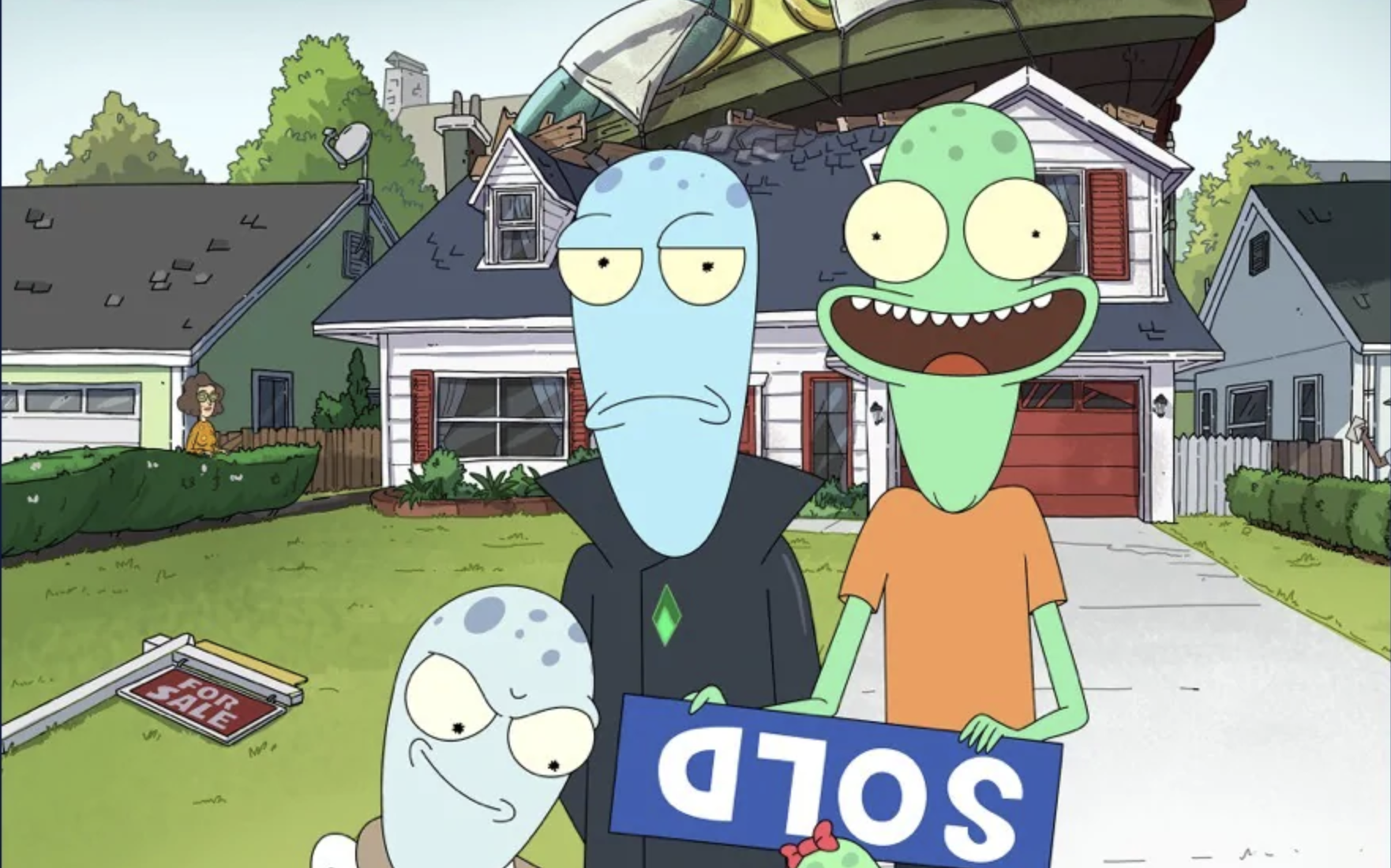 Solar Opposites centres around a family of aliens, Korvo, Terry, and their child-replicants Yumyulack and Jesse, from planet Shlorp who crash on Earth and must take refuge in middle America. They disagree on whether this is awful or awesome. A Disney+ Star original 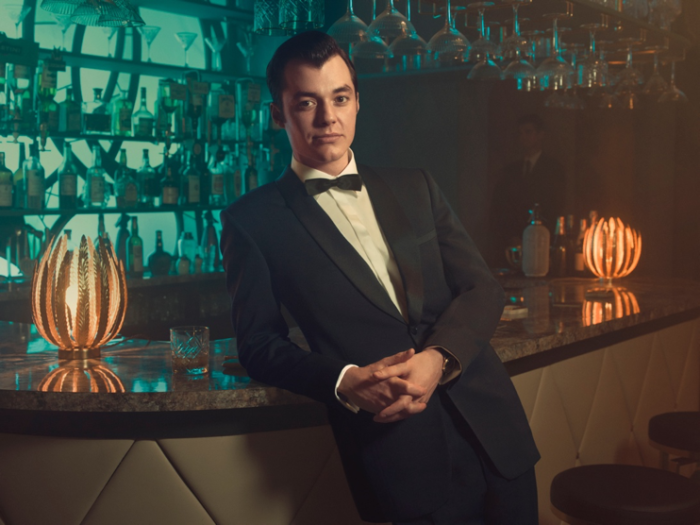 When? 28th February
What channel? STARZPLAY

The Geordie duo return for more Saturday night mischief in this charmingly old-school TV showcase, which begins its latest season with guests including Davina McCall and Mo Farah.

When? 21st February (9pm)
What channel? BBC One 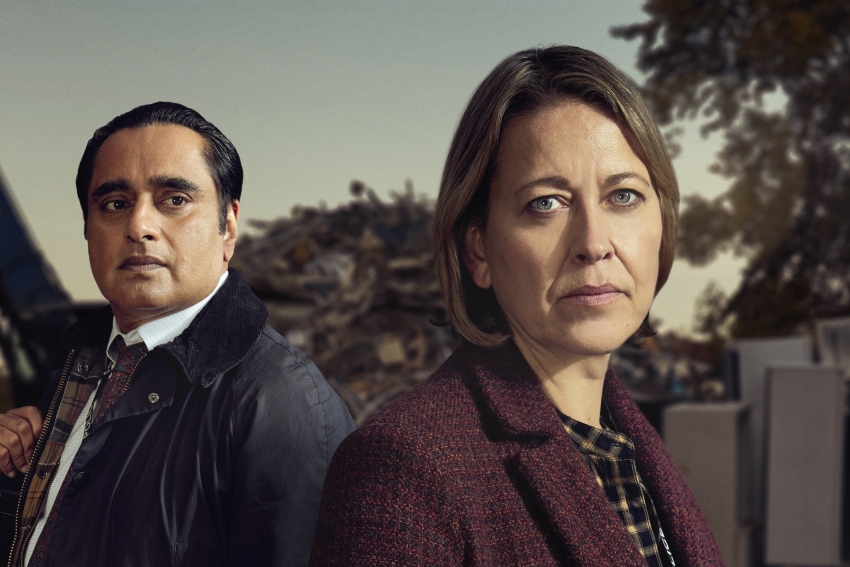 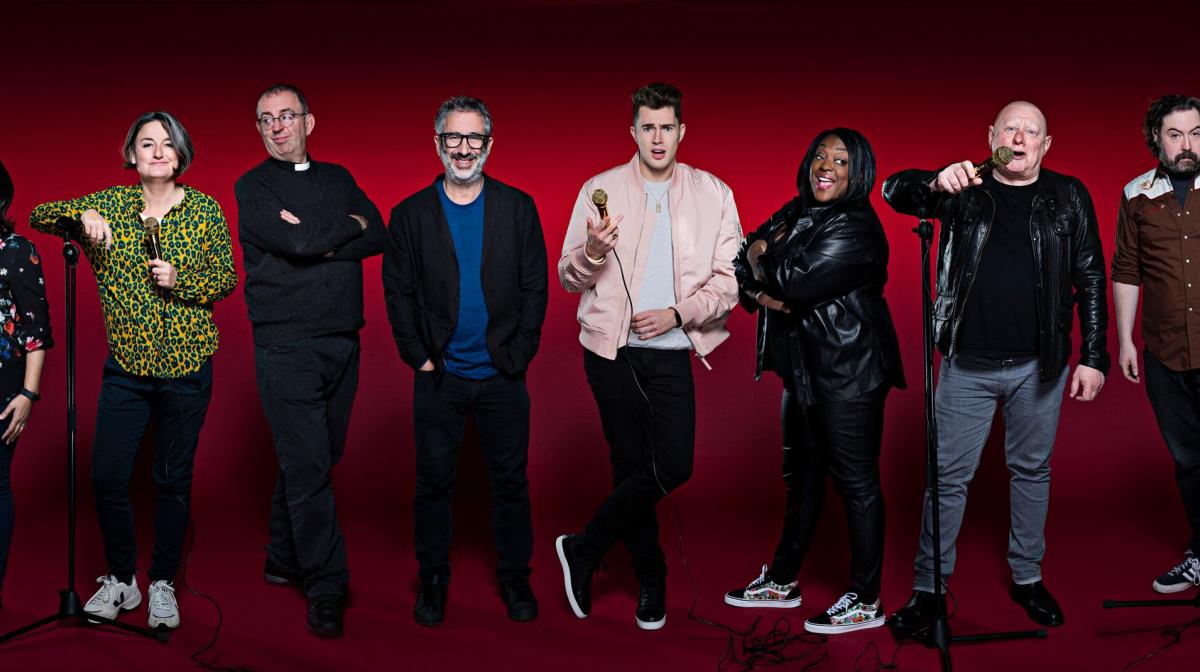 Broadcaster and Reverend Richard Coles, Happy Mondays frontman Shaun Ryder, former Conservative Party co-Chairwoman Baroness Sayeeda Warsi, Love Island’s Curtis Pritchard and former Coronation Street actress Katie McGlynn will each be paired up with an established comic who’ll mentor and train them in their attempt to master the art of stand-up comedy in this two-part charity series. Given only 2 weeks to write and deliver a stand-up set, expect laughs aplenty, intentional or not.

All 4
Available live and on-demand 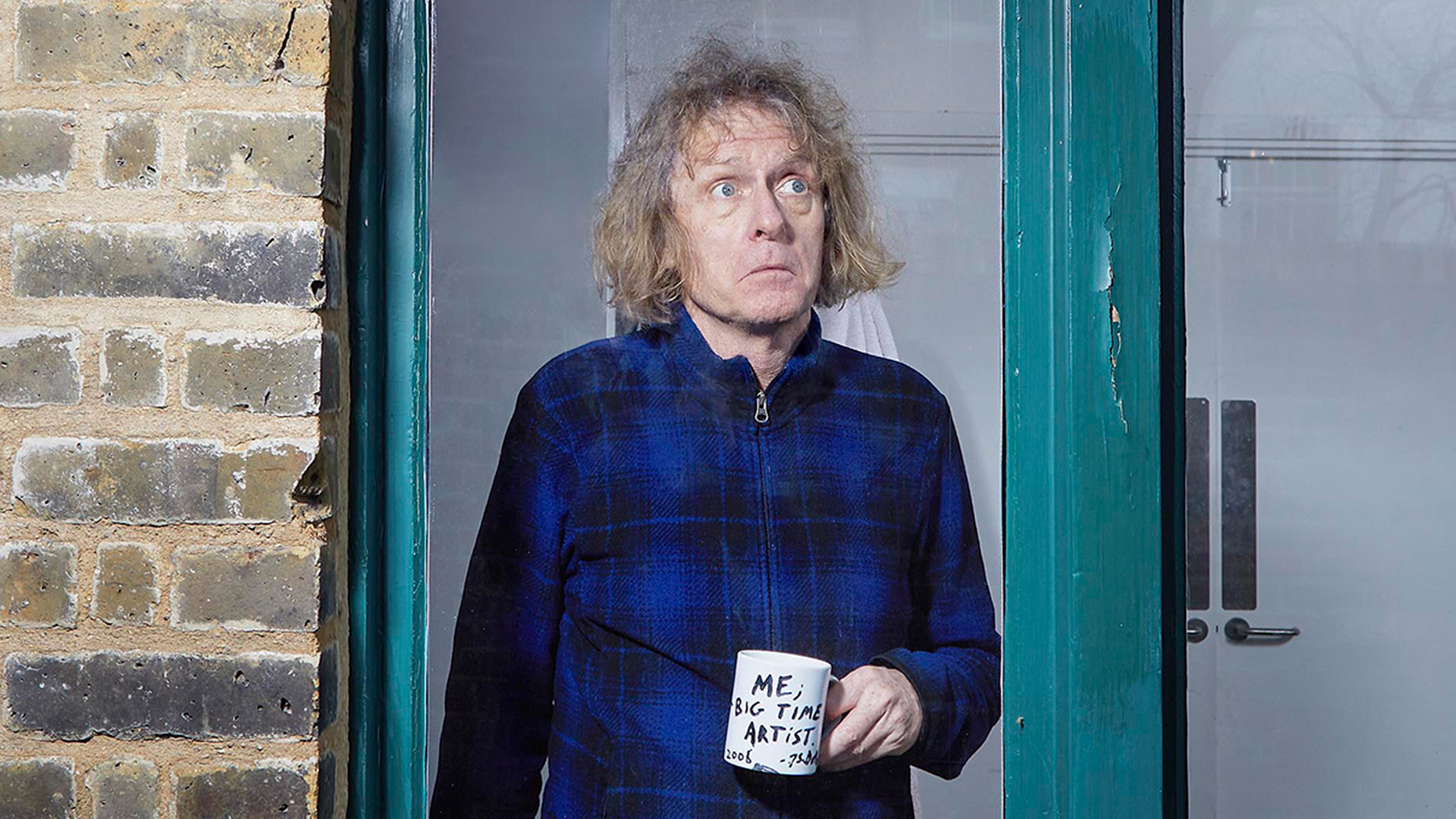 After airing during the first coronavirus lockdowns, Grayson’s Art Club returns to Channel 4, with the artist, writer and broadcaster in his studio making his own art. Each episode Grayson will speak with celebrity guests, high-profile artists sharing insights into their processes, and will feature art made by the great British public.

All 4
Available weekly live and on-demand 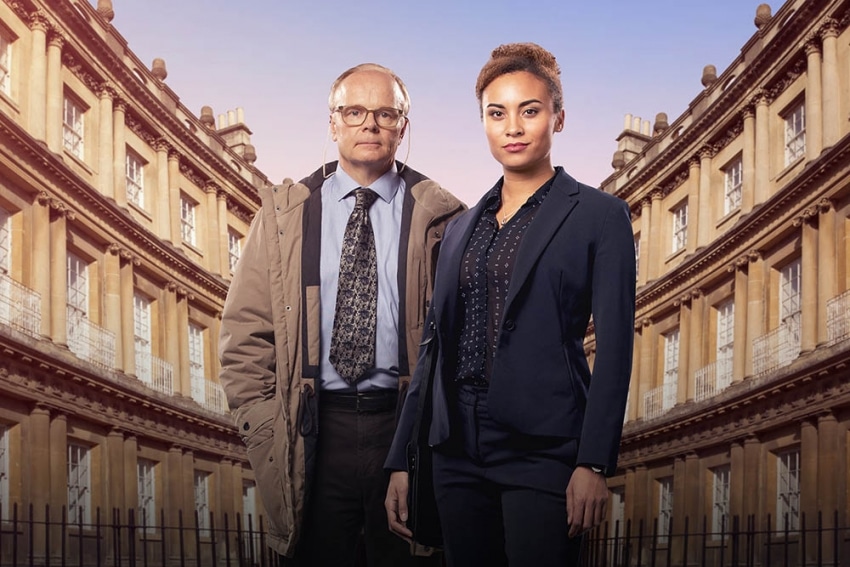 VOD film review: A Glitch in the Matrix 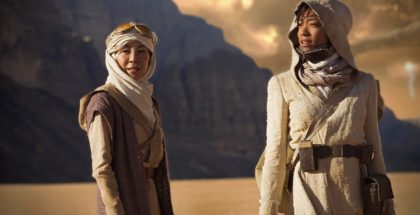 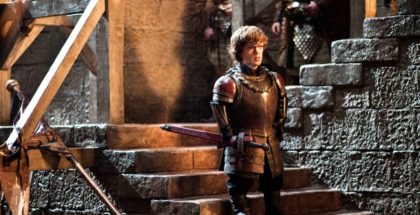 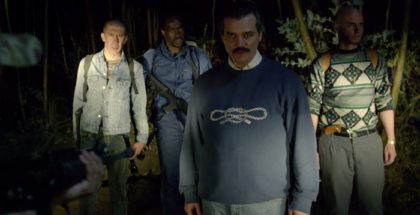