What's coming soon to Shudder UK in July 2020? | Where to watch online in UK | How to stream legally | When it is available on digital | VODzilla.co

If going outside wasn’t nerve-wracking enough, AMC’s subscription service dedicated to horror is here to keep you hiding behind you sofa, with a month that boasts a number of exclusives – including The Beach House, Metamorphosis, Lake of Death and Impetigore – plus breakout action thriller The Raid.

A kindly English botanist and a gruff American scientist lead an expedition to the Himalayas in search of the legendary Yeti. Starring Forrest Tucker, Peter Cushing, Maureen Connell

A man brought to a police station possesses everyone’s darkest secrets. He knows what the sheriff’s hiding in his house, what the drunk driver did only hours before and the horrific trauma that haunts a female rookie. As the cops try to figure out who or what he is, they soon realize deadly retribution awaits anyone who stands in his way. Starring Liam Cunningham, Pollyanna McIntosh, Bryan Larkin

In this fresh spin on a demonic possession story, Joong-Su, an exorcist, must face a demon he tragically failed to defeat in the past when it targets his brother’s family next. The demon assumes the form of different family members to sow confusion and distrust, destroying the unit from within. With his loved ones in peril, Joong-Su must face the demon again, at the risk of his own life. Starring Bae Sung-Woo, Sung Dong-Il and Jang Young-Nam. Directed by Hong-Seon Kim.

When debt ridden salesman Elliot receives a strange phone call informing him that he is the star of a mysterious game show, he jumps at the chance to win the $6 million cash prize. All he has to do to win is complete 13 tasks. However, the game isn’t as simple as it first appears and Elliot soon finds himself having to complete more and more depraved dares, culminating in one final task that he cannot come back from. Starring Mark Webber, Rutina Wesley, Devon Graye, Pruitt Taylor Vince, Tom Bower, Ron Perlman.

An elite SWAT team is tasked with infiltrating a building and raiding the apartments floor by floor, taking out anyone who stands in their way. Starring Iko Uwais.

Escaping to a family’s beach house to reconnect, Emily and Randall find their off-season trip interrupted by Mitch and Jane, an older couple acquainted with Randall’s estranged father. Unexpected bonds form as the couples let loose and enjoy the isolation, but it all takes an ominous turn as increasingly strange environmental phenomena begin to warp their peaceful evening. As the effects of an infection become evident, Emily struggles to make sense of the contagion before it’s too late. Starring Liana Liberato, Noah Le Gros, Jake Weber and Maryann Nagel, directed by Jeffrey A. Brown.

Revenge rides into the town of Red Hill when convicted murderer Jimmy Conway escapes from jail and returns to the outpost town hunting down the cops who sent him away for life. Starring Ryan Kwanten, Steve Bisley, Tom E. Lewis.

A year after her twin brother died a mysterious death, Lillian and her friends head to the old family cabin to say their goodbyes. But soon after they arrive, eerie and gruesome events begin to occur. As the lines between reality and Lillian’s nightmares blur, she must fight both an external and internal struggle to stay alive. Is a horrific local legend becoming reality, or is the real enemy among them? Director Nini Bull Robsahm (Amnesia) took inspiration from Norway’s popular 1942 novel (and later film adaptation) of the same name (De dødes tjern), credited with sparking the country’s interest in horror. Robsahm shot Lake of Death on stunning 35mm and brought on Academy Award-winner Bob Murawski (Army of Darkness, Drag Me to Hell, The Hurt Locker) to edit. Starring Iben Akerlie, Jacob Andersen Schøyen, Jonathan Harboe, Sophia Lie and Elias Mun.

The morning after a party, a young man wakes up to find that Paris has been invaded by zombies. Starring Anders Danielsen Lie, Golshifteh Farahani, Denis Lavant.

In this simple yet surprising film, a young couple find themselves trapped in a 20’-deep swimming pool with no way out—and that’s only the beginning of their problems. Starring Theeradej Wongpuapan, Ratnamon Ratchiratham.

When a group of tourists stumble into the remote Australian river territory of an enormous crocodile, the deadly creature traps them on a tiny mud island with the tide quickly rising and darkness
descending. As the hungry predator closes in, they must fight for survival against all odds. Starring Mia Wasikowska, Radha Mitchell, Sam Worthington.


After surviving a murder attempt in the city, Maya, a down-on-her-luck young woman, learns that she may inherit a house in her ancestral village. With her friend Dini, Maya returns to the village of her birth, unaware that the community there has been trying to locate and kill her to remove the curse that has plagued the village for years. As she begins to discover the complicated reality about her past, Maya finds herself in a fight for her life. Starring Tara Basro, Ario Bayu, Marissa Anita, Christine Hakim, Asmara Abigail, directed by Joko Anwar (Satan’s Slaves, another Shudder Original).

A young girl is brutally murdered in a Catholic church before her first communion—all clues point to her sister, Alice. But nothing is what it seems in this shocking horror film. Starring Linda Miller, Mildred Clinton, Paula E. Sheppard.

When Lacey was a girl, she witnessed her brother Willy kill their mother’s abusive boyfriend in the reflection of a mirror. Now adults, the siblings track down the mirror. But once it breaks, Willy and Lacey realize that wherever a shard of it turns up, a gruesome murder takes place. Starring Suzanna Love, John Carradine, Ron James.

A subscription to Shudder UK costs £4.99 a month, with a seven-day free trial available for new customers. 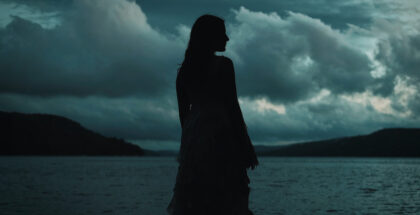