Top 15 TV shows and movies coming soon to NOW TV in January 2015 | VODzilla.co | Where to watch online in UK | How to stream

2015. For Sky watchers, that means more Girls, new scandals and even more zombies. But for NOW customers – who can enjoy Sky content live and on-demand without a pesky contract – the New Year gets off to a good start with a chance to catch up on some of last year’s top telly, as well as stream some excellent new films.

Note: A NOW Entertainment Membership costs £6.99 a month, giving live and on-demand access to Sky’s pay TV channels – including, at the time of writing, True Detective and Game of Thrones Season 1. (Arrow S3 and The Flash return in February.) A NOW NOW Cinema Membership costs £9.99 a month, including The LEGO Movie, Frozen and Captain America: The Winter Soldier.

Whether you’re behind with The Walking Dead or waiting to re-watch some Wes Anderson, here are the top 13 titles coming soon to NOW in January 2015.

Falling behind with The Walking Dead? Before the show returns in February, you have a whole month to stream Season 5 online – along with the previous four seasons, in case you’ve never tried sinking your teeth into AMC’s zombie thriller. If you like gore, silly Sheriff hats and slow-paced meditations on the gradual demise of civilisation / the boundary between man and monster, we highly recommend it.

Lena Dunham’s critically acclaimed drama returns to Sky Atlantic, with Season 4 of Girls starting in the UK on Monday 12th January – which gives you just enough time to catch up with Seasons 1 to 3 on NOW. (They’re available for one more month.)

While struggling to balance his life as a student with his alter ego Spider-Man, Peter Parker (Andrew Garfield) begins to probe into the life of his father… and discovers that the threat posed by renegade electrician Electro (Jamie Foxx) and Russian mobster Rhino (Paul Giamatti) have one thing in common: the sinister OsCorp multinational, run by his old buddy Harry Osborn (Dane DeHaan). Emma Stone and Garfield’s chemistry continues to impress, even if there are too many villains overall.

“There is still a glimmer of civilization in the barbaric slaughterhouse we know as humanity.” Wes Anderson’s latest stars a hilarious Ralph Fiennes as refined hotel concierge M. Gustave, who clings to manners as clockwork chaos around him (from art heists and prison escapes to affairs with pensioners) turns manners into a thing of the pastel-tinted past. Delightful.

This feature-length spin-off from the TV series is a treat for Veronica Mars fans, but the strong performances (led by Kristen Bell) and likeable, witty dialogue means that newcomers aren’t left out of the fun either.

Eric (Jack O’Connell) is transferred from juvenile into adult jail two years early. For the system, that means he’s too dangerous. For the people inside it, that means he’s all set to rise to the top. The problem? That would mean going past Neville (Ben Mendelsohn), a senior con. Who also happens to be his dad. Their relationship David Mackenzie’s violent drama intensely absorbing.

There’s still a wait for the return of John Logan’s fantastic horror series, which mashes up characters from Dracula, Frankenstein, Dorian Grey and more to surprising – and often scary – effect. Eva Green is terrifying as the mysterious Vanessa Ives, while Timothy Dalton’s moustache steals the show.

The stars of the forensic crime drama, Emily Deschanel and David Boreanaz, will return to screens as the now-married crime solving duo, Dr Temperance Brennan and Seely Booth. The Season 9 finale left us with a number of unanswered questions on a major conspiracy and with Booth behind bars will Brennan be able to save the day?

Terry Gilliam’s dystopian future tale of a man (Christoph Waltz) tasked with finding out the equation that defines the meaning of existence may seem like a compilation of the director’s greatest hits, but when your greatest hits include Brazil and 12 Monkeys, that’s not necessarily a bad thing. Worth seeing just for seeing Christoph Waltz wearing a gigantic Satanic wind-sock.

The always-brilliant Elizabeth Olsen and Oscar Isaac strike up an affair in Charlie Stratton’s steamy take on Therese Raquin. It is approximately 30 minutes until the first bodice is ripped open in secret in In Secret. If the clumsiness of that sentence bothered you, take heed. If you perked up at the words “bodice” and “ripped”, this is a film for you.

Disney tweaks the Sleeping Beauty legend for the visually sumptuous tale of Maleficent (Angelina Jolie), a good fairy-turned-bad who spends years trying to atone for an act of malice. Her victim is Aurora (Elle Fanning), the daughter of her former love, Stefan (Sharlto Copley), who was seduced by power.

A small and remote research outpost in the Arctic is theoretically one of the safest places on earth. When a murder shakes the community to its core, the local sheriff is forced to work alongside a British detective to find the killer before the winter closes in…

Clapping isn’t something you would normally call intimate, but Ain’t Them Bodies Saints manages it. David Lowery’s delicate, sun-washed Western is full of the stuff, a hand-tapping, thigh-slapping fest that has grubby fingerprints all over it. The film starts with a flurry, as Ruth (Mara) and Bob (Affleck) are on the run from the cops. Holed up in a barn, they swap bullets until she takes one to the body and Bob takes the blame. And so he ends up behind bars, while she waits dutifully at home with a small child in tow – and a watchful sheriff (Ben Foster) over her shoulder. A simple, beautifully told love triangle.

Other new movie releases on NOW in January 2015 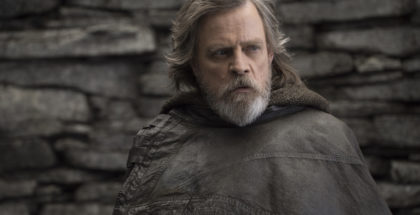