The Weekly MUBI Digest | 30th December | VODzilla.co | Where to watch online in UK 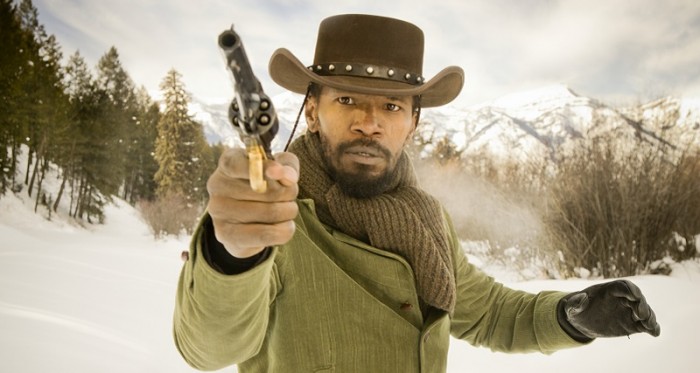 After celebrating Christmas with one of cinema’s bleakest – and funniest – depictions of religion, MUBI prepares to ring in the new year with a look back at some of the earlier works of the best modern and upcoming filmmakers, from Yorgos Lanthimos to (coming soon) The Safdie Brothers.

Quentin Tarantino’s violent Western is a lot of things, but one thing it isn’t is boring. Jamie Foxx and Christoph Waltz pair up as a freed slave and German dentist to exact revenge upon white folk – but it’s away from the blood splattering that Django Unchained finds its unexpected depth, with Samuel L. Jackson stealing the show as a conflicted butler. Read our full review.

Sally Potter’s 19783 musical adventure follows two women searching for answers: one investigating the nature of money, the other chasing her own memories.

At a Greek hotel in the off-season, a chambermaid, a man obsessed with BMW cars, and a photo-store clerk attempt to film and photograph various badly re-enacted struggles between a man and a woman.

Vera Chytilova wrote and directed this two-part story that took the Grand Prix at the Mannheim Film Festival.

Larry Gupnick’s (Stuhlbarg) life is going off the rails. Or at least, the rails are rapidly disappearing. His wife, Judith (Sari Lennick), is leaving him. His son is soon to come of age, but is more concerned about stealing money to buy pot. And his colleague, Sy (Melamed), is the one joining Judith once they’re separated. Up for tenure and down on his luck, Larry turns to his church for help. Packed with existential enigma, the Coen Brothers have painted a personal portrait of the world they grew up in and, in doing so, created one of cinema’s most accurate depictions of faith – and all its ridiculous (and irrelevant) stubbornness. Read our full review.

Félicité, free and proud, is a singer in the evenings in a bar in Kinshasa. Her life changes when her 14-year-old son is the victim of a motorcycle accident. To save him, she begins a frantic race through the streets of an electric Kinshasa, a world of music and dreams. Winner of Berlin’s Silver Bear, Alain Gomes’ fantastic film is the latest to be snapped up exclusively by MUBI. (Read our full review.)

A young woman finds out she is condemned to gradually lose her sight while spending her summer vacation at a beach resort. While her mother Maud has vowed to make Ava’s month of holidays an unforgettable experience, Ava decides to take a another route.

A thief just released from ten years in jail, takes up with his old girlfriend in her posh apartment. He makes plans to rob the entire building. What he doesn’t know is that his every move is recorded on audio and video tape, although he is not the subject of any surveillance.

Following his cult classic Clerks with full support from Hollywood, Kevin Smith turned in Mallrats the similarly location bound slacker comedy which stands as a perfect portrait of the 90s.

If in Daguerréotypes Varda captured the charm of the mundane in her own street, Mur Murs finds the auteur in California for an ethnographic exercise: tracking down anonymous street artists, using their murals as metaphor and means by which to spotlight the marginalised.

This classic documentary from Agnès Varda is an intimate portrait of the small shops and shopkeepers of the Rue Daguerre in Paris, a picturesque street that has been the filmmaker’s home for more than 50 years.

“How could I have known that murder could sometimes smell like honeysuckle?” Billy Wilder’s noir classic, co-written with king of hard-boiled crime Raymond Chandler, sees an insurance salesman talked into a murder by Barbara Stanwyck’s femme fatale. Iconic, must-see cinema.

Jonathan Demme passed away earlier this year, and to honour his humanist cinema, MUBI offers this underrated 2013 effort—which reconnected My Dinner with Andre stars (and adapters!) Wallace Shawn & Andre Gregory for a follow-up Henrik Ibsen adaptation.

Spotlight on a Murderer

The fame of auteur Georges Franju popularly rests mainly on the haunting Eyes without a Face, yet his filmography is full of such films as this one: thrilling, lyrical, and with a conceptual audacity unafraid of silliness. Starring Jean-Louis Trintignant and written by the team behind Vertigo.

Satoshi Kon is one of the great animators of cinema but, after only four movies, died at the too young age of 46. MUBI celebrates his work with a double-bill, beginning with this quasi-remake of John Ford’s 3 Godfathers.

Satoshi Kon’s final feature is a reminder of his genre and reality-bending ambition and imagination. Paprika follows a research psychologist, who begins using a revolutionary new technology to enter the dreams of her psychiatric patients in order to help them. But when a prototype is stolen, it could spell disaster.

The Sunchaser
Available until end of: 30th December

Once Upon a Time in America
Available until end of: 31st December

Reminiscences of a Journey to Lithuania
Available until end of: 2nd January

As a Man
Available until end of: 5th January