The Weekly MUBI Digest | 23rd June 2018 | Where to watch online in UK | How to stream legally | When it is available on digital | VODzilla.co 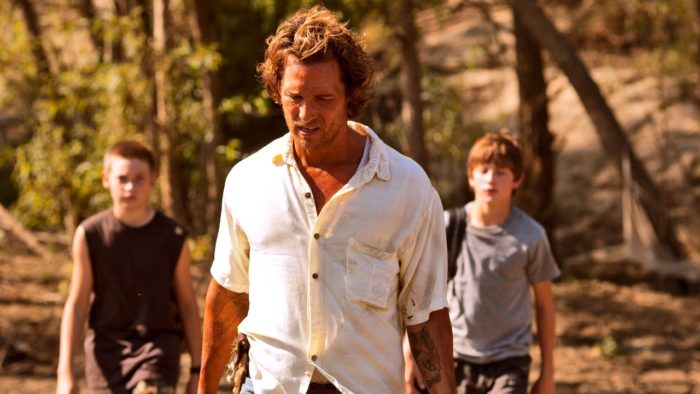 MUBI shines a spotlight on the inimitable Fritz Lang this week, with a double-bill of Human Desire and The Big Heat. Before then, though, there’s the old-school treat of iconic B-movie The Blob to entertain – and the modern gem of Jeff Nichols’ Mud. 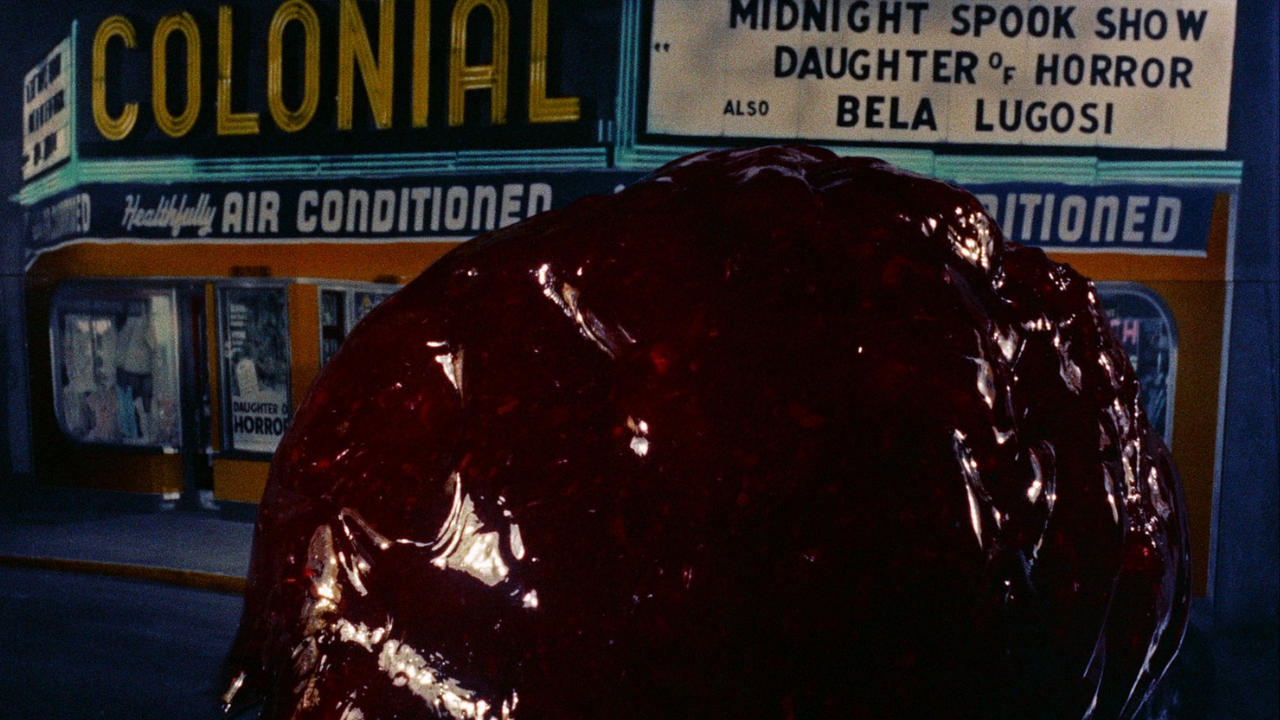 One of the great cult classics, The Blob melds ’50s schlock sci-fi and teen delinquency pics even as it transcends these genres with strong performances and ingenious special effects. The result helped launch the careers of super-stud Steve McQueen and composer Burt Bacharach.

Police Sergeant Dave Bannion (Glenn Ford) is assigned to investigate the apparent suicide of a corrupt cop, setting him on a collision course with an underworld kingpin, a cold-blooded henchman (Lee Marvin), and a gangster’s moll (Gloria Grahame) in this classic noir by Fritz Lang.

Carl needs the intervention of his beautiful wife Vicki to keep his job, so Vicki meets with Carl’s boss Owens, and Carl’s job is secure. Insanely jealous, Carl finds Vicki with Owens on board a train and kills Owens. Jeff, an off-duty train engineer, protects Vicki and they begin an affair.

Bob and Carol Saunders attend a group therapy session at a remote cabin location. There they encounter other couples who learn to become open with their feelings and sexuality. When they return home they find that their friends Ted and Alice are too repressed. 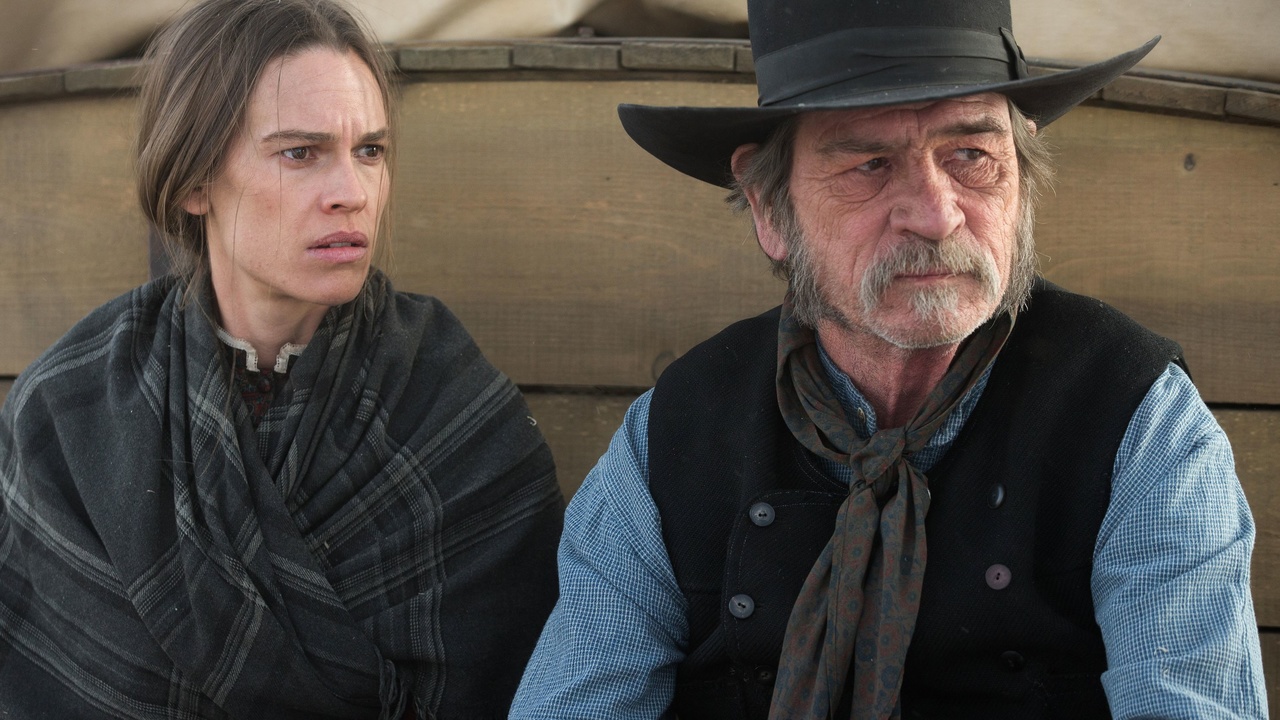 Tommy Lee Jones’ revisionist Western considers women’s plight on the frontier, with a cast including Hilary Swank, Meryl Streep and James Spader. It followw Mary Bee, who, in the 1850s mid-West, is designated by church members to take 3 women who have lost their minds to a safe haven in Iowa. On the way, she saves the life of outlaw Briggs, a claim-jumper. He helps her in her mission, through perilous encounters and the harshness of the Frontier territory.

Long before their outstanding excursion into genre filmmaking with 2017’s Good Time, the Safdie brothers crafted this dramatic powder keg regarding a troubled father. Daddy Longlegs moves with a rare energy, perceptivity, and warmth in its complex examination of (and even tribute to) fatherhood.

Music plays, drinks are served and the last boundaries are suspended: those between man and woman, gay, straight and bi, past and present, reality and fiction. The people chatting at the tables or waiting before the darkroom are shot to resemble characters from a film, impossibly glamorous, which doesn’t mean their stories aren’t true.

Denis Villeneuve’s dramatisation of the Montreal Massacre of 1989, where several female engineering students were murdered by an unstable misogynist.

MUBI kicks off a double-bill of Heinz Emigholz’s work. A film director confides in his interlocutor. He talks about the working process, about creative blocks, about artistic crises and expressive forces. At some point, the idea takes hold that this conversation could be turned into a film. And this is the very film we’re watching the two of them in.

MUBI concludes its Heinz Emigholz double-bill with a cinematic documentation of 29 buildings by the Uruguayan architect and shell-construction master Eladio Dieste (1917-2000). The film was shot in November 2015 in Uruguay and Spain. As prologue, three constructions by Julio Vilamajó (1894-1948).

An homage to the Gaza Strip, Ouroboros follows a man through five different landscapes, upending mass-mediated representation of trauma. A journey outside of time, marking the end as the beginning, exploring the subject of the eternal return and how we move forward when all is lost.

That Summer recounts the torments of a painter whose actress wife has left him. It begins on a hot summer’s night, as a sports car crashes headlong into a tree. Philippe Garrel’s pseudo-remake of Jean-Luc Godard’s Le mépris with Monica Bellucci in the Brigitte Bardot role. 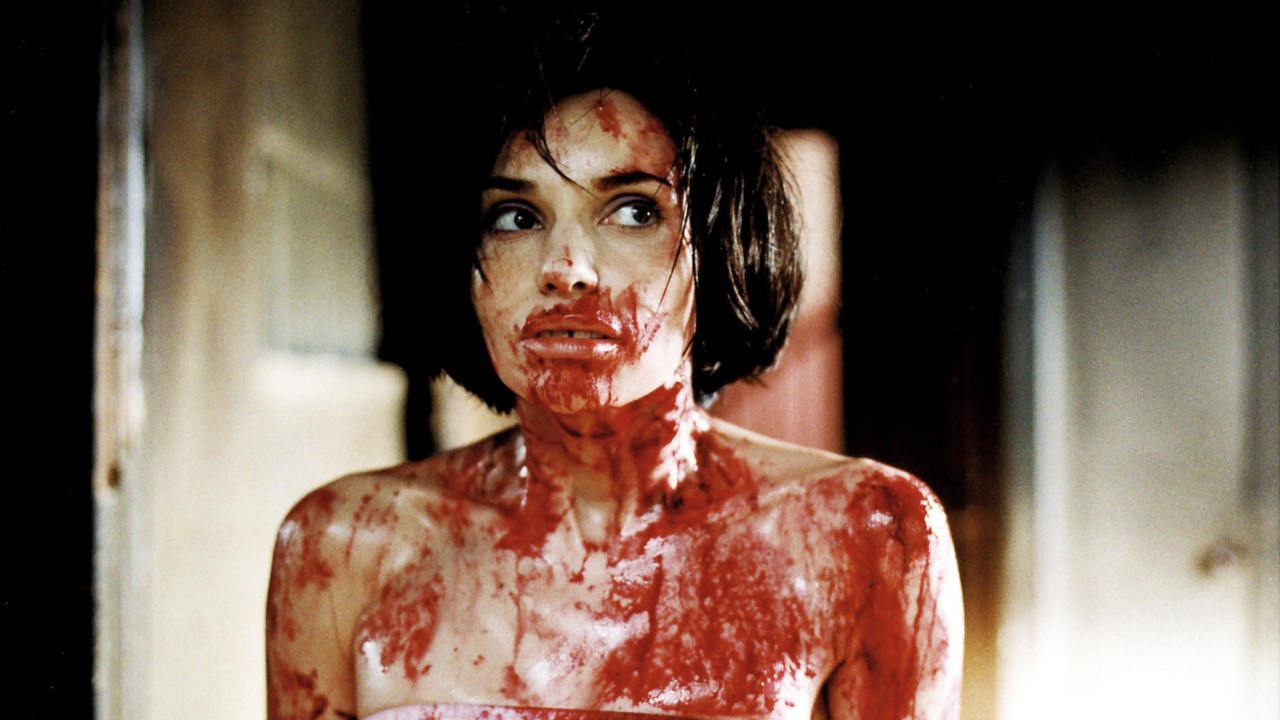 Claire Denis turns her inimitable eye to the vampire genre, with this 2001 horror starring Vincent Gallo. It follows Shane and June Brown, an American couple honeymooning in Paris in an effort to nurture their new life together, a life complicated by Shane’s mysterious and frequent visits to a medical clinic where cutting edge studies of the human libido are undertaken

Dennis Hopper, Mickey Rourke and Matt Dillon star in Francis Ford Coppola’s 1983 drama about Rusty James, an up-and-coming street hoodlum, who laments the old school days of the gangs when his older brother, The Motorcycle Boy, ran things as President of the Packers.

Thomas Ciulei’s 2014 film explores the unfortunate adventures of two good friends, Oscar and Tony, living in an imaginary country, Miranda, a bankrupt dictatorship. Oscar, a famous actor and Tony, director, have had enough and want to flee the country.

This 2016 documentary comprises a tour of 23 buildings located in Israel designed by Kibbutz architect Samuel Bickels. The majority of public spaces are directed towards the needs of different kibuttzim, constructed between 1942 and 1973, representing the ideas of the socialist communities of the time. 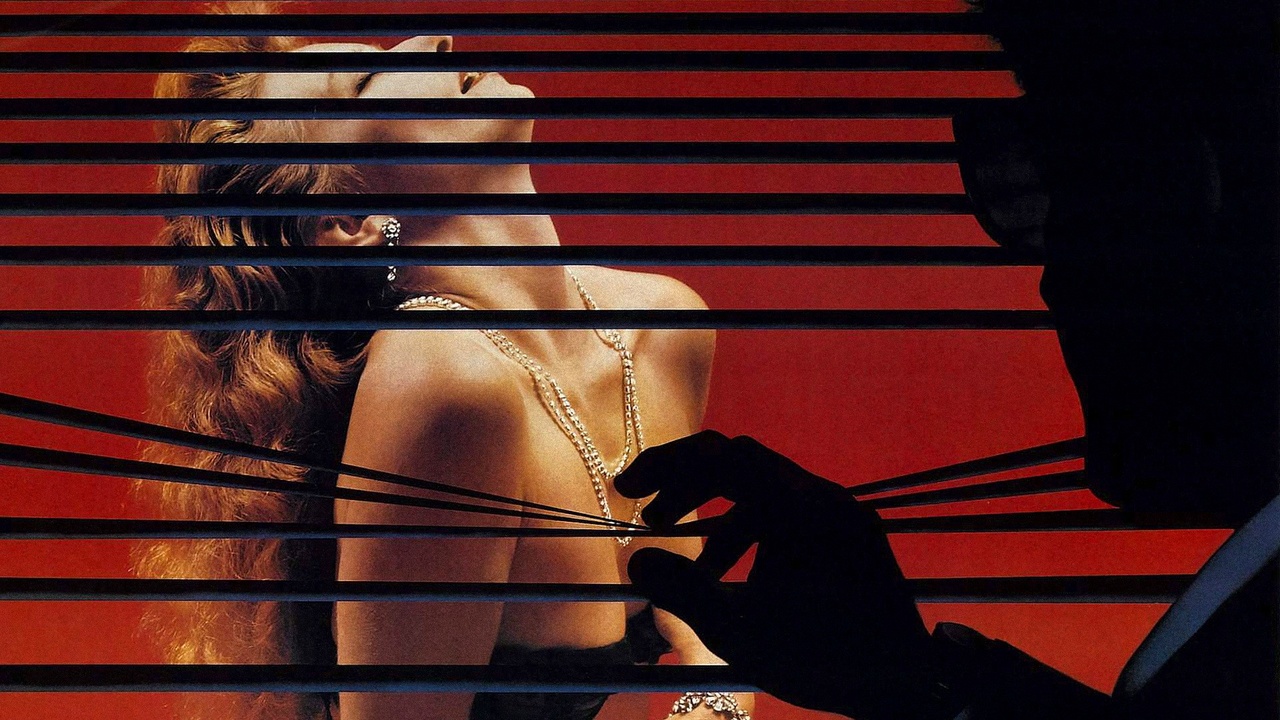 One of the most divisive auteurs out there, Brian De Palma’s style, tone and subject matter are perfectly encapsulated in Body Double, his 1984 thriller about a young actor’s obsessive spying on a beautiful woman in his neighbourhood. Irreverent and reverential, this sexy, stylish, twisted ode to Hitchcock De Palma at full throttle.

When Jenny’s husband, a respected psychologist, takes a year off to help raise their daughter, she is totally unprepared for the emergence of his multiple personalities and of their fiendish plot to recreate the infamous experiments of his deranged father.

Dayanand, 77, sees his coming death in a dream and insists that his business-minded son take him to die in a special hotel in the holy city of Varanasi to attain Salvation. Rajiv, although thoroughly inconvenienced by his father’s untimely demand, is left with no choice but to embark on this journey

During the campaign for reelection, the crooked politician Paul Madvig decides to clean up his past, refusing the support of the gangster Nick Varna and associating to the respectable reformist politician Ralph Henry.

John Krasinski and Maya Rudolph play a happy young couple who decide to go on a journey across the United States to find the perfect place for them to settle down and raise their child in Sam Mendes’ endearing, funny, sincere gem. Read our full review.

Lek and the Dogs

In his adaptation of Hattie Naylor’s play Ivan and the Dogs, experimental filmmaker Andrew Kötting travels to the Chilean desert to recreate the life of the young boy who left his Moscow apartment to live with a pack of wild dogs.

An Evangelical Christian and a vet returning from Afghanistan work together at a tire shop. With little to do during their empty days, they dance around their inner conflicts and cultural differences. 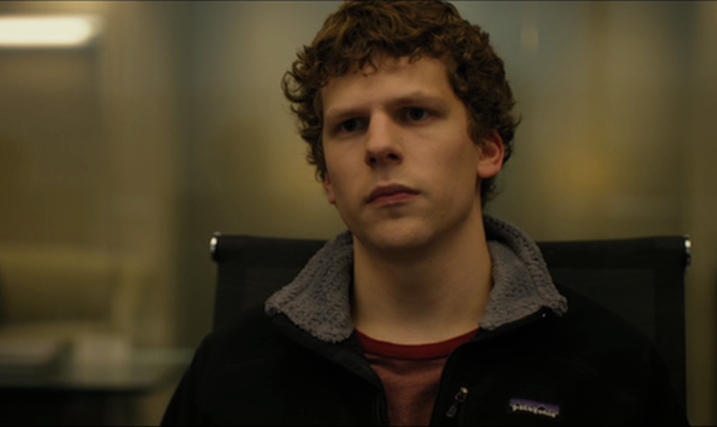 There has never been a more relevant time to re-watch David Fincher’s masterpiece, which charts the founding of Facebook by Mark Zuckerberg (Jesse Eisenberg). Read our full review

The man behind the legendary British band The The attempts to challenge the contemporary political landscape through his own 12-hour live, shortwave radio broadcast. But is he really done with making music? A request to write a new song for the show reveals old demons of inertia and bereavement.

Based on the saying “It’s impossible to think of nothing”, Eric Rohmer’s droll detective story reveals what happens when doubts mix with romance, and the magic that can be created by imagination.

The Social Network
Available until end of: 25th June

Another Country
Available until end of: 26th June

The Lady without Camelias
Available until end of: 27th June

The Burning Hell
Available until end of: 30th June

Yass, Australia! Queer Eye heads Down Under for surprise mini-episode 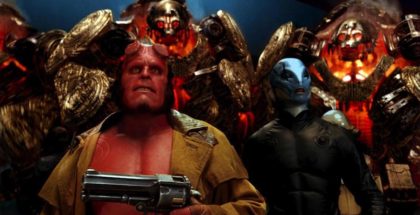 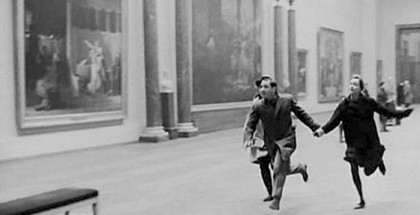 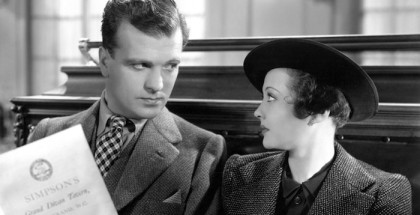 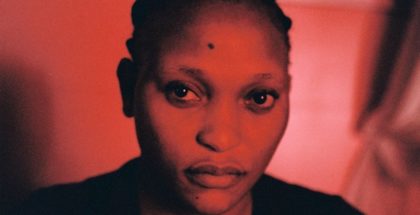