The Weekly MUBI Digest | 12th January 2019 | Where to watch online in UK | How to stream legally | When it is available on digital | VODzilla.co

MUBI begins a retrospective of two greats this week, with both Wim Wenders and Hong Sang-soo under the microscope for the coming month – not a bad way to follow a season of directorial debuts from some of the world’s most notable helmers. And, for those keeping up with the latest releases, don’t miss the chance to use MUBI Go (which offers a free cinema ticket every week to its subscribers) to see Colette at participating cinemas.

On Christmas island, one of the planet’s largest land migrations takes place. Forty million crabs make their way through dense jungle to the sea. But the island’s sublime beauty hides another, darker presence: the Australian government runs a high-security detention facility for asylum-seekers.

Is she tired of life or love? Why else is Haewon falling asleep in a restaurant? Haewon, a student, feels abandoned. Her mother is about to emigrate to Canada and Haewon has decided to end her affair with one of her professors because he is so unsupportive…

Phillip is a roving German reporter who, after a chance encounter with an elusive American woman, reluctantly accepts temporary custody of little Alice. Their friendship grows while traveling through various European cities on a search for the girl’s grandmother.

Kathryn Bigelow made her directorial debut with this atmospheric dive into the rebellious, leather-clad world of motorcycle gangs. In 1959, a group of bikers en route to the races at Daytona get waylaid in a rural Georgia town in this homage to The Wild One. The film studiously examines Americana, personified by the loitering youths, languidly revealing a simmering tension that culminates in stylised chaos.

Set in New York City, circa 1960, a passionate interracial romance between a fair African-American woman, Lelia, and a white man, Tony, erupts when he meets Lelia’s darker-skinned jazz singer brother, and discovers that her racial heritage is not what he thought it was.

Directors’ Debuts: The Goalie’s Anxiety at the Penalty Kick

The goalkeeper Josef Bloch is sent off after committing a foul during an away game. This causes him to completely lose his bearings. He wanders aimlessly through the city streets and spends the night with the box-office attendant of a movie theatre.

When you graduate college you easily sashay into the world of adulthood, start a career, and get serious, right? Wrong. Marnie has left college, but not her drinking habits and her bad taste in bad men. It would be sad if it weren’t so funny a tone ably struck by mumblecore pioneer Andrew Bujalski in his first feature film.

MUBI kicks off its new run of directorial debuts with the first film from Ingmar Bergman. Ingeborg is a small-town piano teacher who raises her foster daughter, Nelly, into young adulthood. When Nelly is eighteen, she is shocked by the arrival of Jenny, her mother, whom she calls “Auntie.” Jenny wants to take her to the big city and teach her to be a beautician in her salon.

Inspired by the writings of Jean Genet, Poison sees Todd Haynes explores sexuality by deftly interweaving a trio of provocative tales—”Hero,” “Horror,” and “Homo”—with different cinematic styles in color and black and white.

Born on the day Edison invents the light bulb, Dora and Lili are separated in childhood after their mother’s death, and follow different paths. They meet again on the Orient Express in 1899, one a con woman, scamming money from men, the other a member of a group of feminist revolutionaries. Ildikó Enyedi (On Body And Soul) took home the Cannes Camera d’Or in 1989 with this hall-of-mirrors comedy, infused with a fierce originality and the unfading charm of silent cinema. 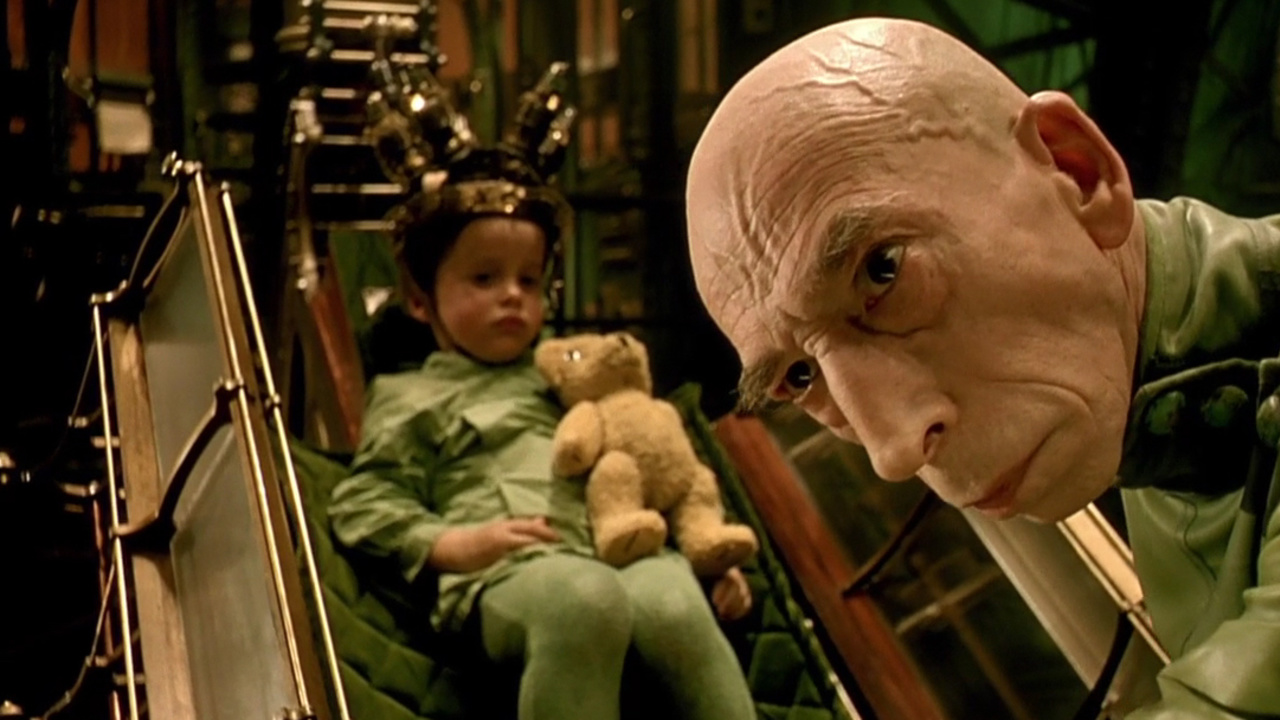 The City of Lost Children

The pinnacle of Jeunet and Caro’s grunge fantasias of the 1990s, The City of Lost Children follows a boy wandering the streets of a foggy harbour city populated by freaks and carnies terrorized by Krank, a deranged scientist who kidnaps orphan children to steal their dream in an attempt to slow down the ageing process.

Joseph P. Mawra pulls out all the stops to paint a picture of the “plight” of the lesbian, circa 1965. A grindhouse picture for the raincoat crowd, it’s more revealing as an accidental documentary of mid-60s Greenwich Village.

“This treasure from the gutter was another lucky find at a closed film lab, lovingly restored from the original 35mm negative by the byNWR team. So cheap was the production that the “library” background music came off vinyls. We have left in the original surface noise, just as it was in 1965.” — NWR

The mood is heated. Demonstrations are taking place across France, also in front of the Paris hotel where an Italian named Giorgio is booking the bridal suite for him and his boyfriend Antonio. Hotel manager Diana doesn’t trust them and calls the police to get rid of the odd couple.

Renzo Piano, the Architect of Light

Award-winning filmmaker Carlos Saura follows Renzo Piano in the construction of one of his most iconic projects – the Centro Botín art gallery, located in Santander. A rigorous interrogation of the relationship between architecture and cinema, as both artists delve into the creative process behind this remarkable structure that altered the landscape and artistry of the city.

Babis Makridis directs this darkly funny story of a man who feels happy only when he is unhappy: addicted to sadness, with such need for pity, that he’s willing to do everything to evoke it from others. This is the life of a man in a world not cruel enough for him. 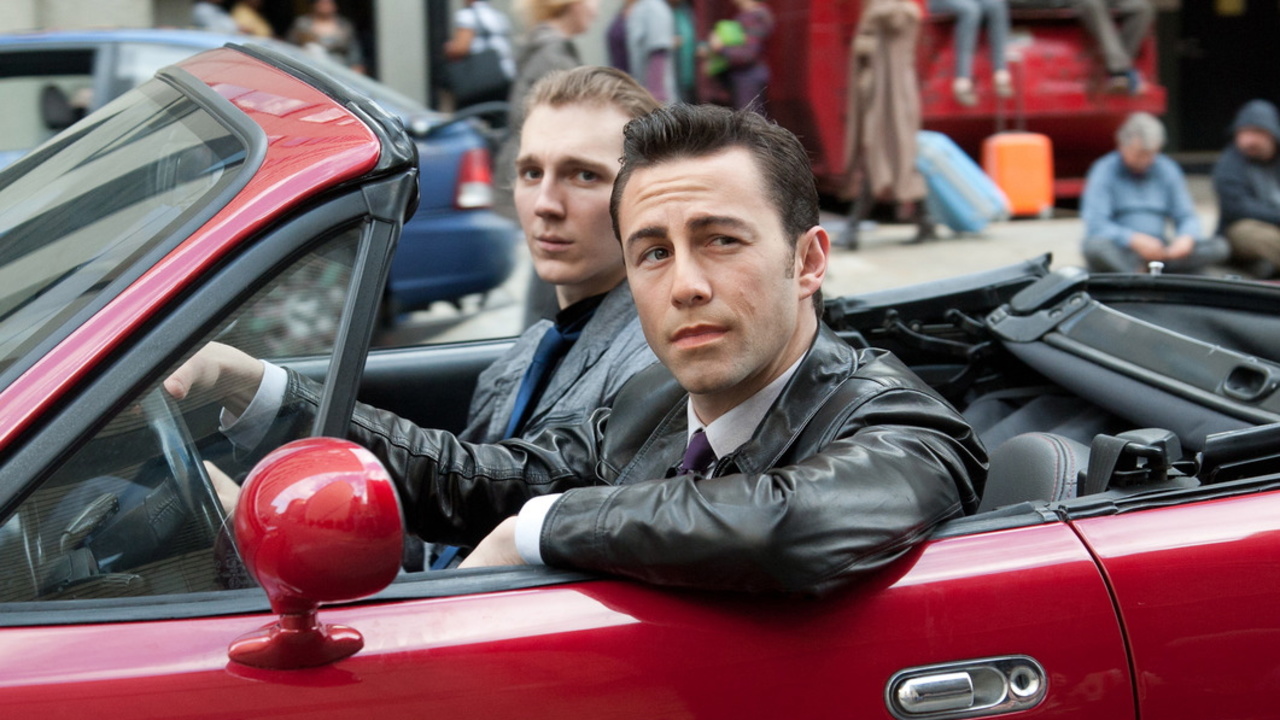 It’s November 1973 in New Canaan, Connecticut and the lives of a wealthy family are quietly falling into peril. As the teenagers surreptitiously experiment with drugs and alcohol and the adults drift into mate-swapping, a dangerous blanket of freezing rain begins to cover the town.

When the Manzioni family enter the Witness Protection Program, they are relocated to a French town. Despite the best efforts of their handler to keep them in line, they resort to doing things the “family way”. However, their dependence on such habits places everyone in danger from vengeful mobsters.

Set on the Mississippi River in the old sidewheeler days, Steamboat Bill Jr. follows the adventures of a spoiled young man who is forced by his crusty father to learn the ropes of river-boating. Soon, his attempts expand into disaster. 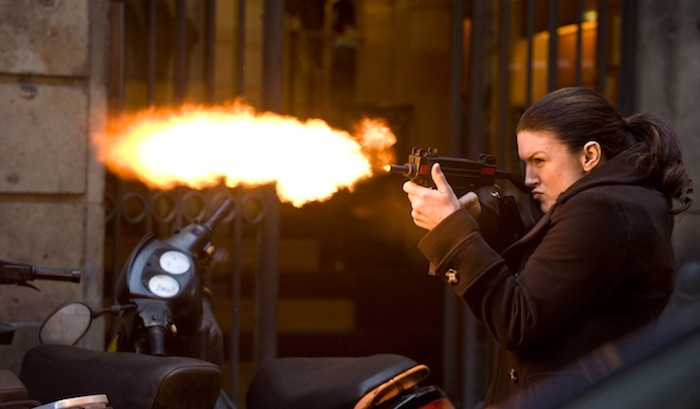 Carnival of Souls
Available until end of: 13th January

The Little Match Girl
Available until end of: 15th January

A Woman, A Gun and a Noodle Shop
Available until end of: 20th January