The Weekly MUBI Digest | 22nd September 2018 | VODzilla.co | Where to watch online in UK

With Gaspar Noe’s Climax in cinemas, MUBI’s double-bill of the controversial director’s work culminates with the bold Enter the Void, but there’s quieter fare on offer too, from indie drama and documentary curios to the low-key horror debut of Brandon Cronenberg. All that and more classic Hitchcock classic, courtesy of The Man Who Knew Too Much? MUBI has all tastes covered this week – but, if you fancy venturing outside, MUBI’s new initiative MUBI GO (which offers a free cinema ticket every week to its subscribers) continues with Agnes Varda’s charming Faces Places (read our review here), available at participating cinemas. 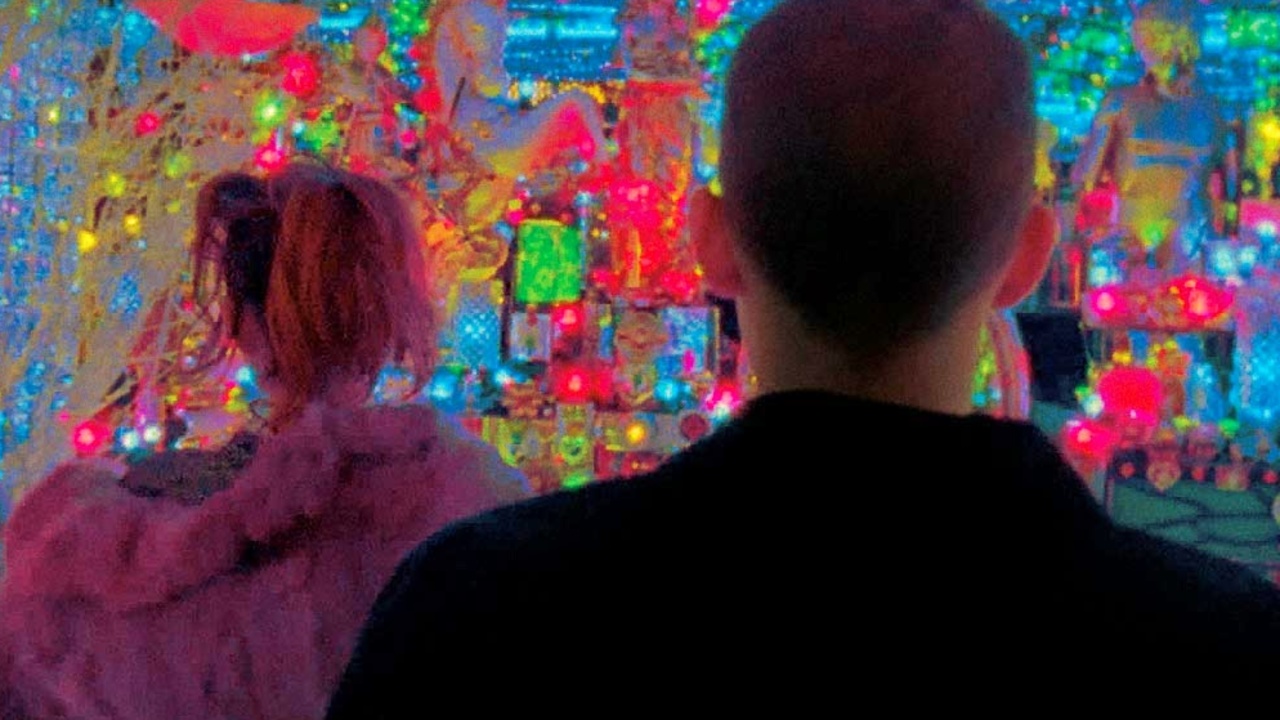 MUBI’s Gaspar Noe double-bill concludes with this tale of an American drug dealer living with his sister in Japan. Killed during a drug bust, Oscar’s spirit enters the astral plane. His journey through life after death takes him back to the past and through the present neon club scene of Tokyo after dark. The result is a stunning, scandalous, hallucinatory experience that’s as divisive as it is visceral.

Hitchcock Classics: The Man Who Knew Too Much – 23rd September

A rare example of an auteur remaking his own movie, Hitchcock’s Hollywood version of his earlier film is pure 1950s: Technicolor, widescreen, and about marriage: a rocky relationship between Jimmy Stewart and Doris Day. When their son is kidnapped, the couple beautifully unites to get him back in this classic thriller.

Landscape in the Mist – 24th September

Young Voula and her 5-year-old brother Alexandros board a train from Athens bound for Germany, in search of their father, whom they have never met. Over the course of this coming-of-age road trip through Greece, director Theo Angelopoulos depicts the failure of contemporary society.

On a whim, Eve, a Swedish traveler, accepts an invitation from Peter to vacation on his family’s private island off the coast of New England in Matthew Lessner’s 2016 drama.

The directorial debut of Brandon Cronenberg, set in a scathingly satirical future where fans buy celebrities’ illnesses to be closer to their idols, feels a lot like something his dad would make. In this case, that’s no bad thing. 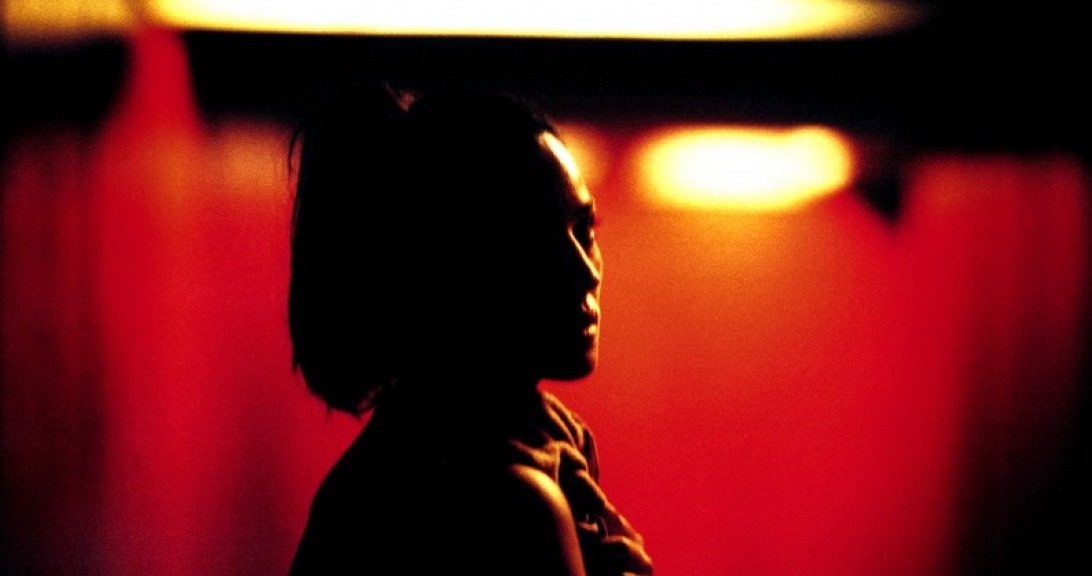 Told in reverse chronological order, Gaspar Noe’s graphic, controversial feature explores the nature of revenge through a story about a beautiful woman who is raped in an underpass in Paris.

The Last of Us

N is coming from the desert to reach North Africa and make an illegal crossing to Europe. He steals a boat, but it soon sinks into the middle of the sea. N then embarks in an imaginary surrealistic odyssey where he makes intense and fleeting encounters, and rediscovers his relationship with nature.

In the 20s, the anarchist revolutionary Sakae Osugi is financially supported by his wife, journalist Itsuko Masaoka. He spends his time doing nothing but philosophizing about political systems and free love and visiting with his lovers Yasuko and the earlier feminist Noe Ito.

When I Saw You

Jordan, 1967: displaced in a refugee camp after the occupation of their West Bank village, an 11-year old boy and his mother enact the emancipating dream that every refugee has imagined countless times. With Wajib in cinemas now, don’t miss the chance to catch up with Annemarie Jacir’s 2012 film.

Sofia Coppola turns her camera on the fame-obsessed world of Los Angeles, as a group of teenagers take us on a thrilling and disturbing crime-spree in the Hollywood hills. Based on true events, the group, who were fixated on the glamorous life, tracked their celebrity targets online. Read our full review

This gripping drama calls to mind the infamous Stanford Prison Experiment, one of the most captivating of psychological fallouts, where normal people so quickly embraced the roles of oppressor and oppressed, powerful and powerless. Here, the German setting carries its own dark depths.

The only thing better than a back-to-school movie about skipping school? 1950s Americana by way of queer maverick John Waters! With Johnny Depp in the lead and countless cameos (clever and trashy alike), Cry-Baby is at once a sardonic send-up and loving vision of the most iconic of American decades.

With an electrifying romance at its heart, Thelma plunges deep into its titular character’s soul to unleash long suppressed demons. Exquisitely blending the supernatural with the psychological, Trier has concocted a slow-burning Scandi update of De Palma’s Carrie likely to take your breath away.

Michel Franco (Chronic) won Un Certain Regard’s top prize with his debut, this unflinching study on bullying, vigorously tackling the vulnerability of wanting to fit in with a Hanekian aura. The violence of high school is rendered here with chilling precision—and brace yourselves for that ending!

Hitchcock Classics: Shadow of a Doubt

Hitchcock’s favourite of his own movies follows Young Charlotte, who is excited that her Uncle Charlie is coming to visit. However, as secrets about him come to the fore, she will soon need to make hard choices that could end up destroying the whole family. Hitchcock’s film noir is an exploration of small-town America, where proud and distinguished facades conceal darker dimensions.

After strangling a former classmate in pursuit of the perfect murder, two friends hold a dinner party for their victim’s friends and family in order to raise the stakes. Using a wide range of innovative cinematic techniques, Hitchcock’s “one-take” film is an audacious thriller starring James Stewart.

Hitchcock Classics: The Trouble with Harry

The trouble with Harry is that he’s dead, and everyone seems to have a different idea of what needs to be done with his body. As the sheriff gets involved and local artist Sam offers his help, the community slowly unravels the mystery.

Guy Pearce, Robert Pattison, and Scoot McNairy make up the to-die-for cast in David Michod’s neo-Western, which takes place 10 years after a severe economic collapse, when lawlessness reigns and life is cheap. Eric is a lone drifter, and his car is his only possession. When a gang steals it, Eric comes across the injured Rey, left behind by the car thieves. The pair form an unlikely and uneasy alliance.

Exit Through the Gift Shop

Globally renowned graffiti artist Banksy fiercely guards his anonymity to avoid prosecution. The line between what is real and what might be fake begins to blur when a kooky French shop keeper attempts to film Banksy, only to have the artist turn the camera back on its owner.

Five adolescents of good families enamoured with the occult, commit a savage crime. A Dutch Captain takes them in charge for a repressive cruise on a haunted, dilapidated sailboat. Exhausted by the Captain’s methods, the five boys prepare to mutiny.

Bernard Mandico: Boro in the Box

Fièvre, a mysterious woman, collects dead animals in the wild and brings them back to life with animated films. One day, a man comes to see Fièvre—his wife is dead.

As byNWR’s Volume II goes live, MUBI continues its run of Nicolas Winding Refn’s restored films. The melancholy story of a half brother and sister in rural southern Ohio whose relationship suddenly turns intimate, sending the already-struggling farm family into a crisis of love, shame and recrimination. Joseph L Anderson’s 1967 drama is cast entirely with regional actors and filmed on location in 35mm B&W.

“The saga of this film’s aborted release and its disappearance from screens for nearly 40 years could fill volumes. This 4K digital reconstruction is the original director’s cut, unlike the reedited version released in drive-in theatres under the unfortunate title Miss Jessica is Pregnant.” —NWR

MUBI joins forces with the non-fiction heroes at Open City to present this raw and powerful Brazilian film debut. Juliana Antunes’ relaxed, revealing drama provides an intimate exploration of the pressures placed on women—and their resilience, alone and communally—in a poor neighbourhood.

The Andromeda Strain
Available until end of: 22nd September

The Lady Eve
Available until end of: 26th September 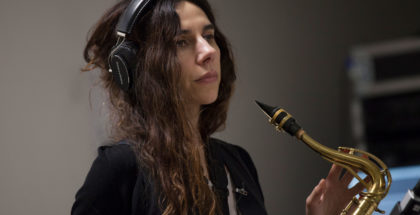