New releases and coming soon to MUBI this week (16th August 2015) | VODzilla.co | Where to watch online in UK | How to stream

Not getting your arthouse fix from Netflix? Wish there were more indie films on Amazon Prime? Every week, we round up the new releases on MUBI, a subscription VOD service that hand-picks films from around the world and adds one a day, with each film available to stream or download for a month. (Current titles include Tokyo Tribe and Eternal Sunshine of the Spotless Mind.)

“I will always love you. Even if you get so fat I can’t find your vagina.” Filmed on the quick during Revolutionary Road’s post-production, Away We Go is one of those films about a couple expecting a baby. But forget the cynical screenplays you usually see. Following Leo and Kate’s painful fallout, this is the perfect antidote. Sam Mendes’ movie (starring the wonderful John Krasinski and Maya Randolph) is an endearing thing: a romantic comedy with real romance.

This 1928 silent classic, directed by Marcel L’Herbier, is based on Emile Zola’s novel of the same name.

The Foreign Duck, the Native Duck and God – 11th August

Yoshihiro Nakamura’s 2007 film sees a student in Sendai drawn into a planned theft with a charming stranger. The target? A Kojien dictionary from a bookshop…

This 2011 Czech comedy from Václav Havel takes an absurdist look at the final days of a high-up Chancellor about to step down from his post following years of national service.

In the City of Silvia – 13th August

José Luis Guerín’s 2007 film sees a man return to his old town to find a woman he met years before.

Richard Glatzer and Wash Westmoreland direct this 2006 drama, which follows Magdalena, who discovers that she is pregnant at the age of 15, something that leaves her evicted from her family home and seeking shelter with her uncle and cousin.

Burt Lancaster stars in this 1968 film from Frank Perry, which begins as the tale of a guy planning to swim from the backyard of his friends all the way home by dipping into the pool of every garden along the way.

Shohei Imamura directs this 1958 comedy about a troupe of travelling actors alternating highlights of kabuki theatre with strip shows in a rambunctious journey across Japan.

Almost a companion piece to Kiarostami’s Taste of Cherry, this 2008 indie follows a Senegalese cab driver in North Carolina, who is hired to take an old man to a place where he plans to commit suicide – and decides to talk him out of it.

Peter Mullan’s drama, inspired by his own childhood, is a harrowing and violent journey through adolescence with obnoxious, scrotey Glaswegians. Which is as fun – and as powerful – as it sounds.

Claude Lanzmann’s essential, 10-hour documentary recounts the story of the Holocaust through interviews with witnesses – the perpetrators as well as survivors.

The first part of a Robert Rodriguez triple bill on MUBI, the director made his Western-tinged debut with no more than a fistful of dollars. The result has become a legendary example for film students everywhere. A small scale taster for the outrageous action to come later in his career, this is proof that all you need to entertain an audience is a guitar case, 7 grand and a whole heap of ambition. 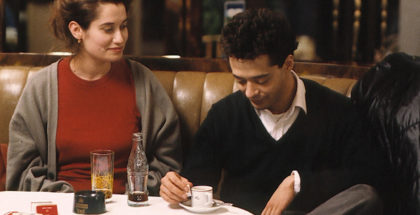 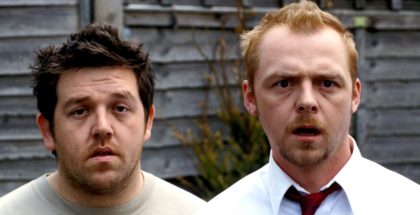