What's coming soon to BritBox UK in March 2022? | Where to watch online in UK | How to stream legally | When it is available on digital | VODzilla.co 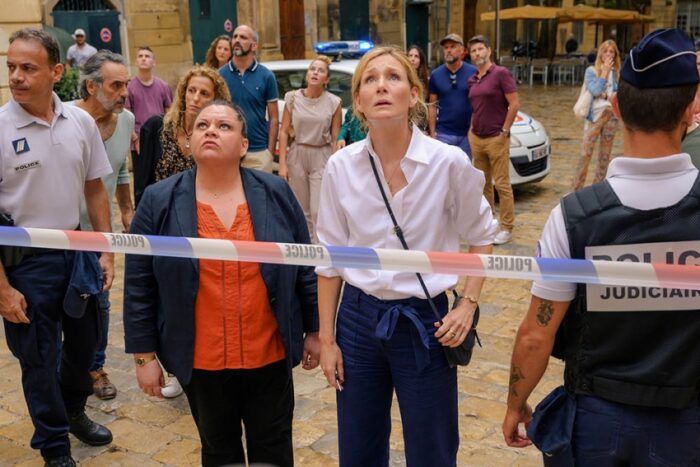 BritBox is building on its growing library of originals this month, with a trio of new exclusives: Murder in Provence, Secrets of the Spies and the second season of Sanditon. They’re joined by a film collection that ranges from Benjamin and Breaking the Waves to True History of the Kelly Gang.

The ‘Crucible’ is a new muck-raking tabloid newspaper in London. Managing editor Russell Spam is always on the lookout for the latest dirt and gossip, while senior editor Harold Stringer struggles to preserve some sense of dignity (usually to no avail). Starring Robert Hardy, Richard Kane and Geoffrey Palmer.

An amateur musician of stunted emotional growth is reluctant to take care of his young nephew, but as his reluctance grows, his other emotions begin to follow to the fore, meaning he may even become a better, more-rounded person. Starring Nick Helm, Elliot Spellor Gillot and Daisy Haggard.

Secrets of the Spies – 10th March

This compelling series will explore the rarified world of spies, covering everything from Cold War defections and covert assassinations to sophisticated cyber attacks. It will investigate recent cases and current methods while exploring the history of espionage, both fact and fiction – and everything in between.

Secrets of the Spies will include interviews with former spies, and their family members, police officers and forensic experts, historians, authors and more to offer unique perspectives of this complex and enigmatic topic.

In the Yorkshire Dales in the 1870s, the shantytown of Jericho is the home of a community that will live, thrive and die in the shadow of the viaduct they’ve been brought together to build. Starring Jessica Raine, Hans Matheson and Samuel Bottomley.

Thermoman is a multiple-powered superhero who originates from the planet Ultron. In an attempt to do his best to fit in with life on earth, he creates the human alias of George Sunday. Starring Ardal O’Hanlon, Emily Joyce and Hugh Dennis.

An unknown virus pandemic kills more than 90% of the world’s population. Those immune must strive to survive and overcome the difficulties of this new world order, hoping that the virus will not mutate. Starring Julie Graham, Max Beesley and Paterson Joseph.

Robert, along with his team, strive to transform the idea of radar into reality for the British in the upcoming war. However, he has problems maintaining his personal life due to his work. Comedic factual drama film starring Eddie Izzard, Laura Fraser, Julian Rhind-Tutt and David Hayman.

Anne was in love with Frederick, who was rejected by her snobby parents 8 years ago. They’ve now hit hard times and rent out their mansion to his brother-in-law. He returns as a Royal Navy captain. Will he remember Anne? Television film adapted from the novel, starring Sally Hawkins, Rupert Penry-Jones, Julia Davis and Tobias Menzies.

Series of daytime plays set in contemporary Britain, all sharing the theme of someone going through some kind of change in their life. Starring Les Dennis and Liz McClarnon.

Oilman Jan is paralysed in an accident. His wife, who prayed for his return, feels guilty; even more, when Jan urges her to have sex with another. Starring Emily Watson, Stellan Skarsgård and Katrin Cartlidge.

Henry hates his school and never does his homework. But, when it is learned that the school would soon shut down, Henry teams up with his arch-enemy Margaret, in order to save the school. Starring Theo Stevenson, Richard E. Grant, Anjelica Huston and Parminder Nagra.

An exploration of Australian bushranger Ned Kelly and his gang as they attempt to evade authorities during the 1870s. Starring George MacKay, Russell Crowe, Nicholas Hoult and Essie Davis.

Bobby, a brave Skye Terrier, becomes local legend when he refuses to leave his master’s grave after he dies. The townsfolk feed the dog until local authorities ban strays. The kids decide to help Bobby defy the law. Based on true events. Starring Christopher Lee, James Cosmo, Gina McKee and Sean Pertwee.

Heidi has to live with her grandfather in the Swiss Alps because her aunt cannot provide for her anymore. Their relationship starts off on the wrong foot but they eventually become closer. Starring Emma Bolger, Max von Sydow, Diana Rigg and Geraldine Chaplin.

Charlotte’s (Rose Williams) spirited younger sister, Alison Heywood (Rosie Graham) arrives in Sanditon to pursue her own romantic dream. The second series promises new romances, friendships and challenges for the residents as the Army makes Sanditon its new base.

The Parkers are back, as Tom Parker (Kris Marshall) strives to rebuild Sanditon. But there are many unforeseen issues awaiting him, while the secrets and lies of the dysfunctional Denhams continue to rock the foundations of the sunny seaside town. And, in her last summer season before turning 21, Georgiana Lambe (Crystal Clarke), keen to forge her own identity, gets up to mischief in the name of love…but will she run the risk of being lonelier than ever before?

James Kavanagh, one of the most highly respected criminal advocates in London, oversees difficult cases as a barrister while dealing with the demands of his family life. Starring John Thaw, Oliver Ford Davies and Nicholas Jones.

A beautiful Hungarian woman is found dead in a man’s hotel room in London. He is found guilty despite the efforts of his solicitor and his daughter, who decide to mount an appeal and go to Kavanagh for help, but Kavanagh has been asked to become a judge, and his mind is on other matters. Starring John Thaw, Daisy Bates and Roger Brierly.

During World War II, a Belgian resistance movement called Lifeline, based in Brussels, organises the return of Allied airmen who have been shot down by the Luftwaffe to the United Kingdom. Starring Angela Richards, Bernard Hepton and Clifford Rose.

The extended Boswell family, who are a devout Catholic family, live in the district of Dingle. The family is led by its matriarch, Nellie, who leads them through all the ups and downs of life. Starring Jean Boht, Jonathan Morris, Nick Conway and Victor McGuire.

Sitcom revolving around a neurotic twenty-nine year old man named Don. As he tries to make his way through life, his overactive mind and inappropriate behavior is always getting him into trouble. Starring Dan Clark, David Armand, Leila Hoffman and Sinead Moynihan.

The adventures of a crazy trio of British comedians whose motto is “we do anything, anytime, anywhere.” Starring Tim Brooke-Taylor, Graeme Garden, and Bill Oddie.

Legendary comedian Lenny Henry stars as pirate DJ Delbert Wilkins of the Brixton Broadcasting Corporation (BBC) in this 80s sitcom. Now he’s got his own show, he’s made it and everyone will surely worship him…at least that’s what he thinks. Series 4 is already available on BritBox.

Denise moves to the city to work at a glamorous department store. She struggles to cope with the problems caused by the shopkeepers nearby as their business suffers due to the store. Starring Joanna Vanderham, Emun Elliot and Stephen Wight.