What's coming soon to Amazon Prime Video UK in December 2020? | Where to watch online in UK | How to stream legally | VODzilla.co 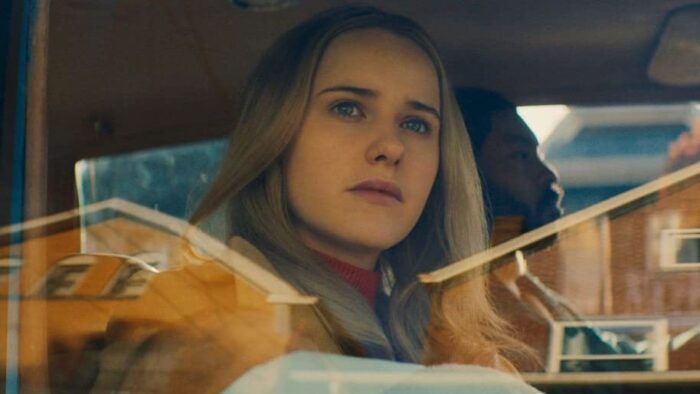 Amazon is getting in on the Christmas movie game this December with the debut of My Dad’s Christmas Date, but the month’s best treats are the decidedly un-festive offerings, from the fifth run of The Expanse and the premiere of dystopian survival thriller The Wilds to Rachel Brosnahan’s crime flick I’m Your Woman and the return of The Grand Tour.

Two years after the death of her mum, Jules is struggling to cope. Desperate to find someone with whom she can talk, Jules decides to register her grieving dad, David, for online dating without his knowledge. Sparks fly in this Christmas comedy as Jules comes to learn that her old dad is better than any new mum.

Part survival drama, part dystopian slumber party, The Wilds follows a group of teen girls from different backgrounds who must fight for survival after a plane crash strands them on a deserted island. There’s just one twist: these girls did not end up on this island by accident. All 10 episodes arrive at once.

Directed by Julia Hart and co-written with Oscar nominee Jordan Horowitz, this 1970s-set crime drama follows a woman who is forced to go on the run after her husband betrays his partners, sending her and her baby on a dangerous journey. Starring Rachel Brosnahan.

A struggling street musician finds himself the target of an animal welfare investigation that threatens to take away his beloved cat at Christmas.

The Girl with All the Gifts – 12th December

This smart indie thriller is a nailbiting story of evolution and survival, with a cast bringing heart as well as horror.

This online showcase will officially announce the winner of Prime Video and WriterSlam’s contest to offer one new writer the opportunity to develop a new script, mentored by Jonathan Lewsley, UK Head of Scripted for Amazon Studios. Extracts of work will be featured by four selected finalists.

The Premier League returns to Amazon Prime Video this December with 22 exclusive live broadcasts, including Arsenal vs Southampton, Sheffield United vs Manchester United, Liverpool vs Tottenham Hotspur and Manchester City vs West Bromwich Albion. For the full line-up click here.

Would you take the red pill or the blue pill? The Wachowskis’ sci-fi is as mind-blowing as you remember, Mr. Anderson.

The hit sci-fi series returns for its penultimate run, picking up as multitudes of humans leave the solar system in search of new homes and vast fortunes on the earth-like worlds beyond the alien Ring. Episodes arrive weekly.

Clarkson, Hammond and May are back for one more special, which sees them journey through Madagascar in search of buried treasure.

After We Collided – 22nd December


Starring Josephine Langford and Hero Fiennes Tiffin, the film is a follow-up to After, based on One Direction fan-fiction by Anna Todd. The film film followed Tessa (Langford), a college freshman, and the mysterious student Hardin (Tiffin). The sequel picks up after the couple split up, but are they really over?

Frances McDormand is on blistering form in Martin McDonagh’s darkly funny and moving study of hatred and grief.

Amazon’s comedy special sees everyone from Tiffany Haddish to Sarah Silverman deliver eulogies for the year 2020 and everything that’s been lost this year, from casual sex to beige plasters.

In the final chapter of the epic series, Bjorn has survived the vicious blow he was dealt in the Rus battle. But will he be bed-bound when the Saxons go head to head with the Danes?

What’s coming soon to Sky and NOW TV in December 2020?