What's coming soon to Amazon Prime Video in March 2017? | VODzilla.co | Where to watch online in UK 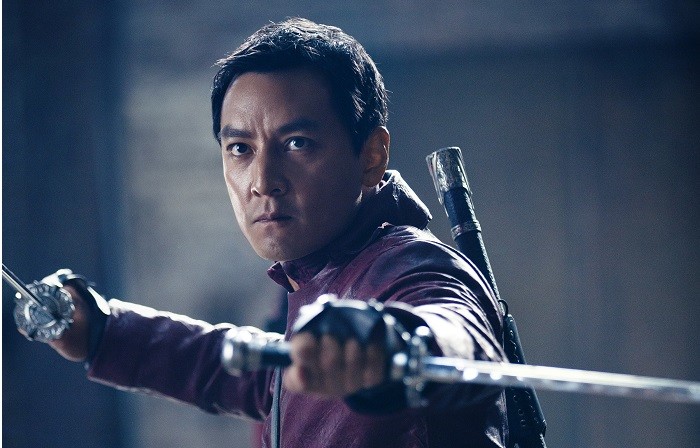 Hot on the heels of the impressive Patriot, Amazon marches on this month with several original and exclusive series for UK Prime Video subscribers. For kids, there’s new fun to be found in the return of Annedroids, while for adults, there’s the final season of Ron Perlman drama Hand of God. The highlight of the month, though, is Season 2 of AMC’s Into the Badlands, a rare martial arts series and a guaranteed visual treat.

Add in the second half of Black Sails’ fourth season and more episodes of The Path’s sophomore outing, and you have a surprisingly diverse month – not least because it’s complimented by an array of old and new films that include everything from Paterson and Amores Perros to Gomorra and Song of the Sea.

Note: Bookmark this page to keep up-to-date with any new arrivals, date changes or acquisition announcements for March.

John Cleese is on fantastic form in this classic farce about a headteacher obsessed with punctuality, who sees a trip to conference go increasingly off course.

A claustrophobic mix of Dead Poets’ Society and Lord of the Flies, Cracks is an outstanding debut from director Jordan Scott, with a cast that includes Eva Green and Juno Temple.

This 2008 horror about a couple (Kelly Reilly, Michael Fassbender) who find themselves hounded by a group of kids by a lake offers food for thought – and a showcase for director James Watkins, who has gone on to helm The Woman in Black and an episode of Black Mirror.

Alec Guinness – and Alec Guinness, and another six Alec Guinesses – all star as a string of relatives about to inherit a dukedom in this hilarious black comedy.

Emily Blunt, Rosemarie DeWitt, and Mark Duplass spark brilliantly off each other in this low-key indie drama about a woman who invites her friend to stay at her family’s island getaway after the death of his brother – only for a drunken encounter with Iris’ sister, Hannah, to complicate things.

The Girl with the Dragon Tattoo – 2nd March

Noomi Rapace is sensational as hacker Lisbeth Salander, who is roped into a journalist’s investigation into the mysterious disappearance of a wealthy industrialist’s niece. It may lack the style of David Fincher’s version, but this original Swedish adaptation of Stieg Larsson’s novel is gripping stuff.

Amazon’s charming original kids’ series returns for more mechanical antics with Anne, a young female scientist, and her human friends, along with the android assistants she’s created. In this new season, Anne, Nick and Shania will band together and use scientific approaches to solve a myriad of problems, including getting lost in the wilderness, dealing with a friend moving out of town, building a robot for competition, and defending the junkyard from a hostile takeover.

Song of the Sea – 9th March

Hey, kids! Who fancies a story about death? That’s the kind of question that would get a children’s entertainer fired, but it’s also what makes Irish animation studio Cartoon Saloon so special. Unafraid to raise such serious subjects with its young audience, the studio’s latest – a fairytale about a young boy and his little sister, as they try to return home – is an astonishing animated gem.

Amazon’s drama, created by Ben Watkins (Burn Notice), show returns for a second and final season. Ron Perlman reprises his role of Judge Pernell Harris, the hard-living, law-bending king of San Vicente, who has finally hit bottom, as he faces trial for the murder of a cop. While his visions and the ghost of his dead son slowly lead Pernell through a conspiracy that’s bigger than he could have imagined, they threaten his relationship with his wife and everything he holds dear. This season, Judge Maximum must fight on two fronts – to restore his sanity and gain his freedom.

This “swamp noir” stars James Purefoy (The Following) and Michael Kenneth Williams (Boardwalk Empire) and is based on the novels by Joe Lansdale. Created by Jim Mickle and Nick Damici, who previously adapted Lansdale’s Cold in July for the screen, the story takes place in the late 1980s and follows the titular two best friends, alongside a whole bunch of eccentric characters, from washed-up revolutionaries and serial killers to the cops.

Season 2 will see Mickle step down as showrunner, replaced by Hell on Wheels’ John Wirth, with Mickle and Damici staying on as Exec Producers, alongside Jeremy Platt, Linda Moran and Lansdale. The new run is based on the second book in Hap and Leonard series, Mucho Mojo, which sees the pair stumble into a murder mystery, after they come across a skeleton.

Episodes arrive weekly, every Friday, within 48 hours of their US debut. 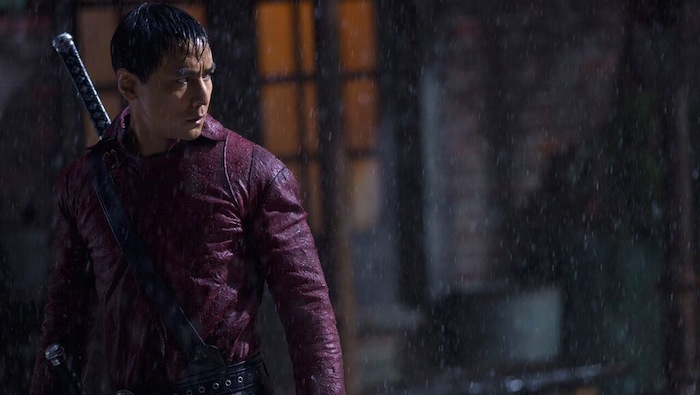 AMC’s stunning martial arts series returns for a second season, catching up with warrior Sunny (Daniel Wu) and young protege M.K. (Aramis Knight), as they search for enlightenment in a ruthless society controlled by feudal barons. The new run will begin with Sunny and M.K. separated, with Sunny aiming to fight his way back into the Badlands and M.K. still struggling to control his powers. Catch up with our reviews of Season 1, which is already available on Amazon Prime Video.

The new season of Rogue moves back to San Francisco as characters seek revenge and redemption. Ethan Kelly (Cole Hauser) faces his toughest challenge yet. During his quest to slay his past ghosts, he falls into a hellish labyrinth of criminality and betrayal by the police. Ethan’s journey to find redemption could prove to be his last. Meanwhile, Mia Rochlan (Ashley Greene) seeks revenge and will stop at nothing to make Ethan pay for double-crossing her.

Joining the cast this run is Meaghan Rath (Being Human, New Girl) as Clea Annou, a sharp San Francisco police detective with relentless dedication to both her job and family. Neal McDonough (Justified, Suits) also joins the cast in a recurring role as Casey Oaks.

Episodes arrive every Thursday, within 24 hours of their US debut.

Based in 1976 San Francisco, Ivy Ling is a 10-year-old Chinese-American girl who struggles with finding a balance between her two cultural identities: Chinese and American. With the Chinese Cultural Revolution and the Vietnam War so recent, embracing her heritage doesn’t feel appealing to young Ivy. All she wishes is to be like her all-American best friend, Julie Albright. But, when Ivy’s All-City Gymnastics Tournament and her family’s big Chinese New Year dinner land on the same day, she must decide between the two.

Adam Driver stars in Jim Jarmusch’s film about a bus driver in the city of Paterson, New Jersey – they share the name. He’s also a poet. “One of his poems speaks of a match ‘sober and furious, stubbornly ready to burst into flames’ and you suspect that’s where the character is heading,” we wrote in our review of the film from Cannes. “But it’s a lot subtler than that; a chance for Driver to find a soulful, delightful groove. His laugh alone is something to cherish. For this is Jarmusch’s hymn to finding something you love, and loving it.”

After stumbling upon a bizarre competitive endurance tickling video online, David Farrier reaches out to request a story. Travelling to LA to find out more, he uncovers a vast empire, known for harassing and harming the lives of those who protest their involvement in these films. The more he learns, the stranger it gets, discovering secret identities and criminal activity. With humour and determination, Farrier and co-director Dylan Reeve summon up every resource available to get to the bottom of this tickling wormhole.

The master magicians known as the Four Horsemen return for their most daring and astounding caper ever. One year after their astonishing Robin Hood-style magic shows win the public’s adulation and confound the FBI, the quartet resurfaces for a dazzling comeback performance that will make their previous escapades seem like child’s play. Unless, that is, Daniel Radcliffe’s villain has something to do with it.

A subscription to Amazon Prime Video costs £5.99 a month, or is included as part of a £79 annual Amazon Prime membership. For more information, click here. 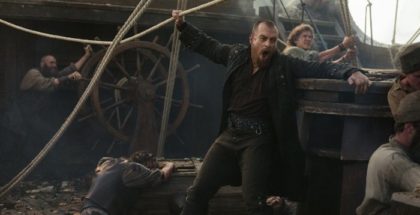 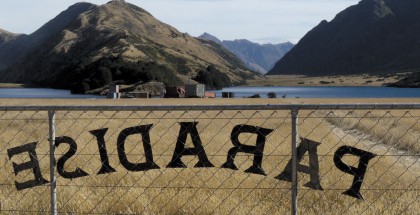 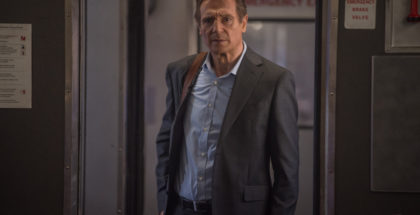 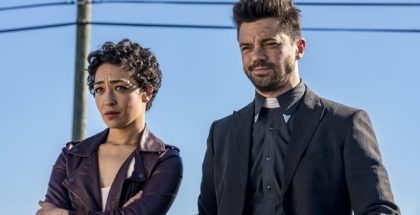