Amazon and Netflix win first Oscars as Moonlight leads dramatic night of surprises | Where to watch online in UK | How to stream legally | When it is available on digital | VODzilla.co

Amazon and Netflix took home their first ever Oscars last night, during an evening of dramatic surprises.

All eyes were on La La Land throughout the awards season, as Damien Chazelle’s musical danced its way to a record 14 Oscar nominations. But while the flashy frontrunner enjoyed many wins, its spotlight was stolen by a series of surprising, not so surprising and downright astonishing wins.

The biggest, of course, was Barry Jenkins’ mesmerising Moonlight beating La La Land to win the top prize of Best Picture – a surprise made all the more unexpected by the way in which it happened, as Warren Beatty and Faye Dunaway incorrectly announced that La La Land had bagged the prize, before it was hastily revealed that this was a mistake and the real winners took to the stage in front of a stunned audience.

'La La Land' producer: "There's a mistake. 'Moonlight', you guys won Best Picture. This is not a joke." #Oscars pic.twitter.com/vl9PzgBaVW

Moonlight’s victory marks the first time a film about a black gay romance, not to mention a film with an all-black cast, has won Best Picture – a powerful contrast to the #Oscarssowhite line-up of last year’s awards. Moonlight also took home Best Adapted Screenplay and Best Supporting Actor for Mahershala Ali, with the House of Cards star becoming the first Muslim performer to win an Oscar.

Mahershala Ali thanks his wife: "She was in her third trimester during awards season. We just had our daughter 4 days ago." #Oscars pic.twitter.com/WpRi6RYlGr

Viola Davis became the first Black woman to win an Oscar, Tony and an Emmy for acting, with the prize for Best Supporting Actress in Fences. History was also made by ESPN’s OJ: Made in America, as the 7-hour-and-47-minute movie bagged Best Documentary, becoming the longest movie ever to win an Oscar. Another record was broken later in the ceremony, as La La Land’s Damien Chazelle became the youngest ever filmmaker to win Best Director, at the age of 32. The Harry Potter franchise also got its first Oscar, thanks to a Best Costume Design triumph for Fantastic Beasts and Where to Find Them.

Was @ViolaDavis' #Oscars speech your favorite? The @FencesMovie star thanked August Wilson, "who exhumed and exalted the ordinary people" pic.twitter.com/G3UvOuL80R

Less surprisingly, politics were worn on the sleeves of those on stage. Iran’s The Salesman won Best Foreign Language Film, but director Asghar Farhadi boycotted the ceremony in protest over President Donald Trump’s ban against people from seven mostly-Muslim countries entering the USA.

"My absence is out of respect for the people of my country," says #Oscar winner Asghar Farhadi in a statement pic.twitter.com/jed7adxP3Y

Host Jimmy Kimmel, meanwhile, wasted no time in digging at Donald Trump, blasting him in his opening monologue, asking for a standing ovation for the “hugely overrated Meryl Streep” and then tweeting “#merylsayshi” to the President live on TV. He also expressed his sympathy for the recent “events” in Sweden to La La Land’s Linus Sandgren, after he accepted an award for Best Cinematography. (Bringing a bus full of unsuspecting tourists into the theatre and mocking Matt Damon added to his enjoyably snarky style.)

My opening monologue from the 89th #Oscars… @TheAcademy @ABCNetwork pic.twitter.com/rXNU8aZfcd

But on a night that climaxed with the most unusual disruption to proceedings in Oscar memory, the biggest disruptors were Amazon and Netflix, who quietly became the first streaming services to win Academy Awards.

Netflix, which was nominated for Ava Duvernay’s 13th, The White Helmets and Extremis, is no stranger to Oscar nods. In 2017, the streaming giant finally cracked it, with The White Helmets winning Best Short Documentary, an inspiring look at the volunteers who help to rescue survivors in war-torn Syria. (Its cinematographer was denied entry to the USA to attend the ceremony.)

Amazon, though, trumped Netflix to take home not just one Oscar, but three: Amazon’s prize contender, Manchester by the Sea, which the online titan snapped up at Sundance last year, won Best Actor for Casey Affleck, as well as Best Original Screenplay for Kenneth Lonergan. Amazon acquired the US rights to The Salesman last year too, its Best Foreign Language Film win completing its trio of prizes. While Netflix has been nominated at the Oscars twice before, Amazon’s wins all came in its first ever year of being nominated.

The result was a ceremony that shared around the awards more than most, with Hacksaw Ridge winning two Oscars (including Kevin O’Connell’s first, after 20 previous nominations) and even Suicide Squad getting a golden statue. La La Land emerged in the lead with six Academy Awards to its name (including Emma Stone for Best Actress). In the years to come, its Best Picture Envelope Gate will be overshadowed by the landmark victories that took place around it. 2017 will go down in history as the time when Moonlight basked in a much-deserved glow, but it also marks the year when the sun officially rose on the world of streaming.

OJ: Made in America
Watch on BBC iPlayer

Fantastic Beasts and Where to Find Them
Available from 13th March

The White Helmets
Watch on Netflix 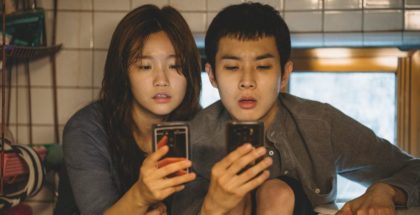 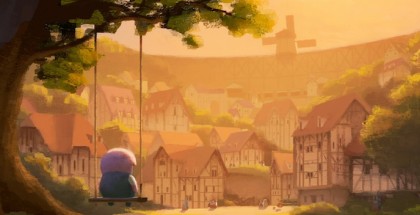