A conflicting powerhouse of an episode.

Even by House of Cards starndards, Chapter 17 is a cruel episode. A conniving politician of an episode.

Stuck under quarantine after a package of powder is opened in the Capitol, Frank is attempting to sway the loyalties of Donald Blythe, who sees right through him. After Season 1, Donald notices Frank’s every move as he makes it, all the while having his wife’s deteriorating health displayed for the VP to use and abuse.

Meanwhile, Claire engages in an equally intimate interview on TV that becomes more personal than anyone imagined, including her new PR consultant. When broadcast, this exposes Frank’s own family life to his opponent. The conversations bridge between marriage, mental illness, abortion and rape – while the lines of between right and wrong seem very clear, the ones between good and evil are less defined than ever.

This is something House of Cards has not confronted before. Are we, the audience, behind Frank? We are in awe of him. We fear him. But do we support him? And, Lord help us, why? Is it simply because he is the best at what he does?

Here, Frank is forced to challenge someone he cannot sway, someone who knows him and describes him, poetically, as “fundamentally deceptive”. No matter the topic, no matter if Frank targets the mind or the heart, he cannot change his target’s mind. Equally quarantined, Claire is trapped in a room with someone who pries as deep as possible into the Underwoods’ marriage.

Alongside this, Lucas and his new ally, hacker Gavin Orsay, plunge deeper than the journalist had planned into the ‘favour-for-a-favour’ world of trade; Gavin wants Lucas completely involved in their plans, and with good reason.

Concluding both story arcs on maniacal, uprooting crescendos, Chapter 17 of House of Cards reminds us that when Frank and Claire seem at their weakest, they’re at their best. But it also leaves a new question in its wake: is their scheming, stylish, effortless supremacy a good thing?

FAQ Guide: Everything you need to know about LOVEFiLM Instant vs Amazon Prime Instant Video 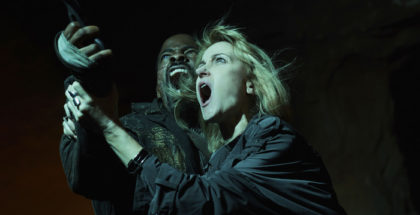