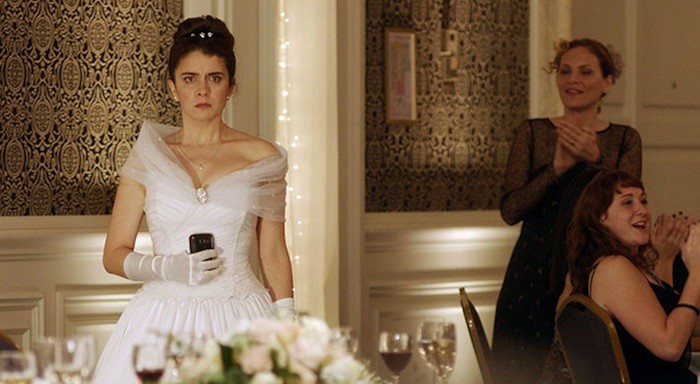 Scintillating and seething with rageful rebellion, this Argentine anthology is savagely funny.

Savagely funny, Damián Szifrón’s Oscar-nominated Wild Tales depicts an Argentina riddled with corruption, bureaucracy and state-sanctioned avarice – with a population dangling on the edge of their sanity as a result.

Produced by the maestro of anarchic humour, Pedro Almodóvar, the six unconnected tales share a subversive thread that is deliciously dark to its inflammatory core. Many films provoke a titter or chuckle from their audience, but few will result in the kind of raucous, straight-from-the gut, cackling belly laughs that will erupt during Wild Tales. If you’re hankering for social satire, then look no further: Wild Tales is the one for you.

Anthologies can often be a bit hit and miss, but the six tales featured set the standard extremely high, with four of them brimming with brilliance and the other two only slightly less so. The first unfolds a cradle-to-grave matted web of absurd revenge that expertly sets the tone for the riotous carnage to follow. The following five are all just as deliriously demented, starring characters that jump off into an abyss of rage with no thought for the consequences of their actions – from meat-cleaver-waving restaurant workers and a yuppie and rural labourer caught in macho, class-war road-rage to a demolition expert, who takes on the state after one too many parking violations, and a bride, who, at her wedding, discovers her husband has been cheating on her and loses the plot completely, becoming delightfully and dangerously unhinged.

Wild Tales is unlikely to be screened by the Argentinian tourist board anytime soon, conveying a country bubbling with visceral resentment towards a system imbued with amoral corruption. Scintillating and seething with rageful rebellion, it has much in common, unsurprisingly, with Almodovar’s own work and evokes Jeunet’s anarchic comedy, Delicatessen. A truly unforgettable gem.