Netflix UK film review: Wild | VODzilla.co | Where to watch online in UK | How to stream

Profound use of music

Reese Witherspoon shines in this true story about a woman moving on from the past to find her own happy ending.

There’s something about true stories of human endurance that we, as an audience, find rewarding. While those have often been tales of claustrophobic survival in extreme conditions – All Is Lost, 127 Hours – there have also been movies about self-imposed isolation: Into the Wild, Tracks and The Way. What’s impressive about Wild is that it genuinely moves, and does so in its own way.

The film follows Cheryl Strayed, who decides to hike all the way up America’s 1,100-mile Pacific Crest Trail – effectively from Mexico to Canada – on her own. Her reason? To get away from it all.

It all, we discover through a series of flashbacks, consists of everything from unwanted pregnancies and deceased relatives to failed marriages. While this litany of mistakes could be cheesy or trite, though, Nick Hornby’s script – based on Cheryl’s own memoirs – ensures that Wild’s tale become one not of self-penitence but self-appreciation. The decision to approach her past as part of what makes her who she is in the present frames her journey as something positive and uplifting.

Reese Witherspoon delivers a career-best performance as Cheryl. She manages the physical ordeal with convincing stamina, from losing toenails right down to her ungraceful, backpack-laden walk. But it’s the honesty she brings that strikes you, managing to act half her age for flashbacks featuring sexual encounters and loss – supported excellently by Strayed’s own daughter as a even younger Cheryl.

Director Jean-Marc Vallée stitches together the gentle revelations and geographical progression seamlessly, balancing between stubborn independence and habitual reliance upon convenience stores. The widescreen lensing captures the shifting snowy, sandy and woodland landscapes, but the movie is powered by its fantastic use of sound and music; each time a song is hummed by the people Cheryl meets mid-walk, it triggers memories of other times when it was playing. That understanding of how a tune can get stuck in your head, not only as a temporary ear-worm but also as an accompaniment to one’s life story, stops the narrative from becoming fragmented, reinforcing the catharsis of every step our protagonist takes. Homeward bound, she wishes she was. Home, where her music’s playing.

The result is a moving drama that shirks corny regret for an oddly positive exploration of isolation. In a sea of mostly male stories about human endurance – and a time when actual female characters are rare in Hollywood – Wild feels empowering; a film about a woman, who finishes her story without a job, money or a bloke and still finds a happy ending, in her own way. Every small success along the road is a triumph, not least getting her gas stove to work. “Now I can eat hot mush instead of cold mush!” she yells, to no one but herself.

Wild is available on Netflix UK, as part of an £8.99 monthly subscription.

Where can I buy or rent Wild online in the UK? 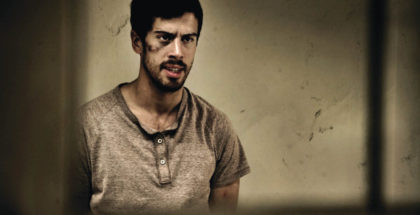