Catch up TV review: Alex, First Dates Hotel, Manson: The Lost Tapes | Where to watch online in UK | How to stream legally | VODzilla.co 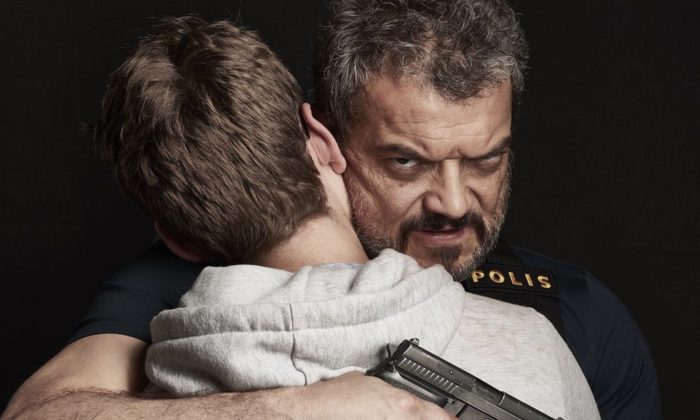 Dragomir Mrsic is less an actor and more a force of intimidating nature. As well as serving a three-year stint in prison for one of Sweden’s biggest bank robberies, he’s appeared in Edge of Tomorrow, enjoyed victory at Taekwondo, and worked on the Swedish Olympic Committee. Oh, and he runs a gym. He brings that imperious stature to bear in this impressive six-part crime drama from Walter Presents, which introduces us to the corrupt copper Alex, who winds up accidentally killing his partner in a shootout. It’s enough of a shock to make the family man go straight, putting his life of crime behind him to uphold the law the old-fashioned way. Standing in his path? Frida, a young new partner in his department, with whom he has history and who would quite like him to pay for his past. And, on the other side of the fence, local crime boss BG, who won’t let his star enforcer retire that easily. It’s a classic bent police story, but one given heft by Dragomir’s gruff charisma – and a genuinely nailbiting confrontation that spells out the collateral damage his actions have.

Available in full on All 4’s Walter Presents.

First Dates, but in a hotel. That’s the thinking behind this logically-titled spin on the popular Channel 4 series. The original show is a near-flawless piece of reality telly, with an easy, accessible premise, a short runtime that only requires a brief attention span, and a huge dollop of romantic charm. This series keeps all of those elements intact, which makes it impossible not to like. What, then, is the difference between the two, apart from its more exotic, overseas setting? Even Fred Sirieix makes the jump across the channel to Italy for this third sojourn abroad. The answer lies in the fact that these hotel guests are there for more than a meal, and that longer stay gives us a chance to check in with each couple following their initial taster. So while we go gooey-eyed over Paul and Kimmie, as he admits to her a hair-raising truth, and gasp at Lauren and Pat, a ladette and a market trader who have been acquainted before, we also get to see how they get on after the familiar tête-à-tête – and even, in the case of Lauren and Pat, follow that story across multiple episodes. The result is just enough of a hook to draw you into bingeing several chapters at once. Once we leave the EU, the real fun will lie in seeing whether chemistry can still spark when they check into a B&B in Scarborough.

Following Charles Manson’s death in 2017, there seems to be a mini-wave of related projects coming to light, from Quentin Tarantino’s high-profile film to a smaller movie starring Matt Smith, Charlie Says, from the director of Netflix’s Alias Grace. Like the latter, this documentary focuses less on the man himself and more on the women who were in his thrall. It’s easy to question how they were seduced into following the cult leader, but that’s why they call it abuse, and these tapes give us a disturbing insight into how his promises of drugs of free love managed to woo susceptible youngsters into swallowing some truly horrifying beliefs – and carrying out acts that were even more shocking. “Whatever’s necessary to do, you do it. When somebody needs to be killed, there’s no wrong, you do it,” says Sandra “Sandy” Good, in an interview conducted by Robert Hendrickson. That footage, found by ITV for this documentary, splits its story into two parts, with the first building up to the violent events of August 1969 – a format that sounds sensationalist on paper, but is understated and disquieting in practice.

Why you should be watching Succession