VOD film review: The Wolfpack | Where to watch online in UK | How to stream legally | When it is available on digital | VODzilla.co

An unusual subject gets a compelling, if shallow, treatment in this fascinating documentary.

Documentaries have become increasingly popular in recent years, thanks to a combination of easy access via streaming, powerful messages (Blackfish and Project Nim), innovative story-telling techniques (The Imposter) and stranger-than-fiction subjects (Tabloid, Orion: The Man Who Would Be King, Art and Craft).

The Wolfpack starts off strong, with one of these firmly in the bank. This is the tale of six teenagers (the Angulo brothers) who have been raised in bizarre, sheltered conditions, rarely let out of their Lower East Side Manhattan apartment and schooled by their mother at home. What do they do for fun? They watch films. When they’re not watching them, they’re re-enacting them on camera.

It’s a fascinating scenario, as the sextet rely upon cinema to relate to the world: to most, Reservoir Dogs is a fun, thrilling piece of fiction, but to them, it’s an example of what the outside world can be like. It’s astonishing just how well-rounded and normal the kids seem, despite the claustrophobic conditions imposed by their father, Oscar. It’s also fun to see their low-budget remakes of familiar classics – indeed, not so long ago, the concept of “Sweding” other movies proved so entertaining that it became the basis of a whole comedy, Be Kind Rewind, starring Jack Black.

But if Crystal Moselle has struck gold with this weird subject, you wish the director turned it into something more substantial: not probing in detail the depths behind the boys’ childhood, or questioning the highly pertinent issue of abuse, The Wolfpack does brilliantly when it comes to access, embedding us in this unique clan’s environment, but it often feels like little more than a showcase for the oddities visible on the surface. It’s revealing to see that when the Angulo siblings try to make their own, original movie, they come up with Window Feel, a short about someone who can only see life – and its emotions – through a window. You just wish our window onto theirs was wider.

The Wolfpack is available to watch online on Amazon Prime Video as part of a Prime membership or a £5.99 monthly subscription.

Where can I buy or rent The Wolfpack online in the UK?

VOD film review: The Diary Of A Teenage Girl 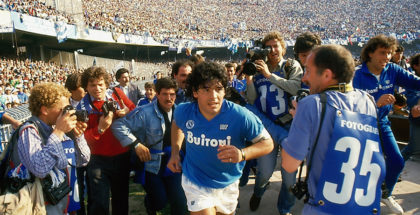